Pat Sajak mocks climate activists: ‘In order to save our planet, I’m asking everyone in America who’s 73-years-old or older to join me in pledging not to have any more children’

Leftists: To Save The Planet, Stop Having Children. Pat Sajak Has A Hilarious Suggestion.
The Daily Wire / by Hank Berrien / 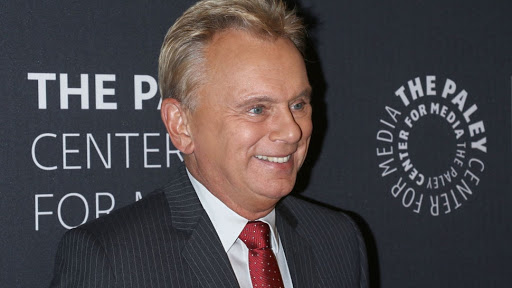 This week, Wheel of Fortune host Pat Sajak, 73, having taken notice of the unhinged climate alarmists on the Left who have decided to avoid having children in order to save the planet, offered his own hilarious solution for the problem. Sajak tweeted, “In order to save our planet, I’m asking everyone in America who’s 73-years-old or older to join me in pledging not to have any more children.”

In order to save our planet, I’m asking everyone in America who’s 73-years-old or older to join me in pledging not to have any more children. #SignThePledge

Sajak could have taken his pick of leftists who have embraced the idea of zero population growth to save Mother Earth. Just the other day, a 38-year-old man trumpeted his dedication to fighting climate change by doing something unusual: getting a vasectomy. Wes Siler, 38, wrote in OutsideOnlinethat once he got engaged to his fiancée in June 2018, he “started planning for the future. It wasn’t just my dog Wiley and me against the world anymore. All of a sudden, I started thinking ten to 20 or more years ahead.”

Siler asked “Is this a world we want to bring kids into? Is this a world it’s responsible to bring kids into?” He noted that he and his fiancée “started talking about something we could do—for ourselves and to make a meaningful impact on the bigger problem. We could just forego the whole kid thing altogether.” He added, “It might not be enough to save the polar bear, and it might not prevent the next Camp Fire, but this is the absolute biggest difference we can make. We need fewer humans, and getting there voluntarily will be an awful lot less painful than doing it with war, famine, and natural disaster.

The Daily Wire reported last March that a women’s group in the United Kingdom called Birthstrike, apparently intimidated by reports from climate change activists that the world their children will inherit will be too terrible in which to exist, championed women not having children at all. Blythe Pepino, 33, the founder of Birthstrike, stated, “There are people out there who are so scared about this that they feel they actually can’t have a family. … Our planet is in a kind of collapse; the natural world is collapsing around us and that’s actually happening right now. And I’m so disappointed by the response by authorities to this crisis and so freaked out by it, everything I’ve read, that basically last year I came to the decision that I couldn’t bring a child into that.”

Around the same time, Rep. Alexandria Ocasio-Cortez (D-NY) pontificated, “Our planet is going to hit disaster if we don’t turn this ship around and so it’s basically like, there’s a scientific consensus that the lives of children are going to be very difficult. And it does lead, I think, young people to have a legitimate question, you know, ‘Is it okay to still have children?’”

Sajak has targeted the idiocy of the Left before; in October 2017, in the wake of the plethora of uninformed opinions offered by self-important celebrities in response to the horrific Las Vegas massacre, he tweeted, “OK, let me explain this again: We’re celebs. We’re wiser & more empathetic than you. We are famous. Please take our opinions more seriously.”

In June 2019, Sajak issued another succinct, immortal tweet, this time targeting Democrats as he sat suffering through the Democratic presidential debate. He wrote, “This could be worse. It could be a dinner party and I could be there.”