Physicist: No Convincing Evidence That Antarctic Ice Sheet is Melting

"Global panic over the impending meltdown of Antarctica is totally unwarranted...A 2015 NASA study reported that the Antarctic ice sheet was actually gaining rather than losing ice in 2008, and that ice thickening was making sea levels fall by 0.23 mm per year." 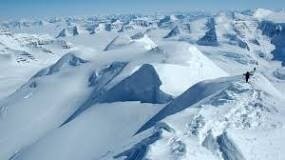 Of all the observations behind mass hysteria over our climate, none induces as much panic as melting of the earth’s two biggest ice sheets, covering the polar landmasses of Antarctica and Greenland. As long ago as 2006, Al Gore’s environmental documentary “An Inconvenient Truth” proclaimed that global warming would melt enough ice to cause a 6-meter (20-foot) rise in sea level “in the near future.” Today, every calving of a large iceberg from an ice shelf or glacier whips the mainstream media into a frenzy.

The huge Antarctic ice sheet alone would raise global sea levels by about 60 meters (200 feet) were it to melt completely. But there’s little evidence that the kilometers-thick ice sheet, which contains about 90% of the world’s freshwater ice, is melting at all. 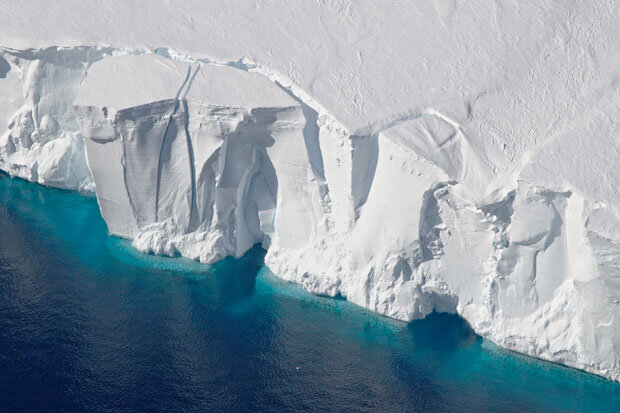 Any calving of large icebergs – a natural process unrelated to warming – from an ice shelf, or even disintegration into small icebergs, barely affects sea level. This is because the ice that breaks off was already floating on the ocean. Although a retreating ice shelf can contribute to sea level rise by accelerating the downhill flow of glaciers that feed the shelf, current breakups of Antarctic ice shelves are adding no more than about 0.1 mm (about 4/1000ths of an inch) per year to global sea levels, according to NOAA (the U.S. National Oceanic and Atmospheric Administration).

Global warming has certainly affected Antarctica, though not by as much as the Arctic. East Antarctica, by far the largest region that covers two thirds of the continent, heated up by only 0.06 degrees Celsius (0.11 degrees Fahrenheit) per decade between 1958 and 2012. At the South Pole, which is located in East Antarctica, temperatures actually fell in recent decades.

For comparison, global temperatures over this period rose by 0.11 degrees Celsius (0.20 degrees Fahrenheit) per decade, and Arctic temperatures shot up at an even higher rate. Antarctic warming from 1958 to 2012 is illustrated in the figure below, based on NOAA data. East Antarctica is to the right, West Antarctica to the left of the figure. 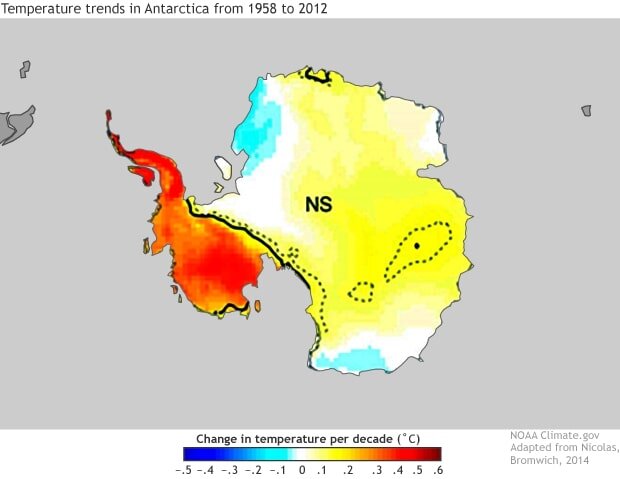 It’s not surprising, therefore, that all the hype about imminent collapse of the Antarctic ice sheet centers on events in West Antarctica, such as glaciers melting at rapid rates. The Fifth Assessment Report of the UN’s IPCC (Intergovernmental Panel on Climate Change) maintained with high confidence that, between 2005 and 2010, the ice sheet was shedding mass and causing sea levels to rise by 0.41 mm per year, contributing about 24% of the measured rate of 1.7 mm (1/16th of an inch) per year between 1900 and 2010.

On the other hand, a 2015 NASA study reported that the Antarctic ice sheet was actually gaining rather than losing ice in 2008, and that ice thickening was making sea levels fall by 0.23 mm per year. The study authors found that the ice loss from thinning glaciers in West Antarctica and the Antarctic Peninsula was currently outweighed by new ice formation in East Antarctica resulting from warming-enhanced snowfall. Across the continent, Antarctica averages roughly  5 cm (2 inches) of precipitation per year. The same authors say that the trend has continued until at least 2018, despite a recent research paper by an international group of polar scientists endorsing the IPCC human-caused global warming narrative of diminishing Antarctic ice.

The two studies are both based on satellite altimetry – the same method used to measure sea levels, but in this case measuring the height of the ice sheet. Both studies also depend on models to correct the raw data for factors such as snowdrift, ice compaction and motion of the underlying bedrock. It’s differences in the models that give rise to the diametrically opposite results of the studies, one finding that Antarctic ice is melting away but the other concluding that it’s really growing.

Such uncertainty, even in the satellite era, shouldn’t be surprising. Despite the insistence of many climate scientists that theirs is a mature field of research, much of today’s climate science is dependent on models to interpret the empirical observations. The models, just like computer climate models, aren’t always good representations of reality.

Al Gore’s 6-meter (20-foot) rise hasn’t happened yet, and isn’t likely to happen even by the end of this century. Global panic over the impending meltdown of Antarctica is totally unwarranted.

Next: No Convincing Evidence That Greenland Ice Sheet Is Melting Rapidly