CNN: ‘Trump’s push to save coal is failing. Coal demand to plunge to 42-year low’

US power plants are expected to consume less coal next year than at any point since President Jimmy Carter was in office, according to government forecasts released on Tuesday.
Although Trump has tried to boost coal by slashing environmental regulations and installing a former coal lobbyist to lead the EPA, coal keeps losing ground to cleaner and cheaper alternatives. Power companies are rapidly retiring coal-fired power plants and replacing them with dirt-cheap natural gas and increasingly affordable renewable energy.
“It’s just simple economics. Coal is not cost competitive,” said Frank Nicklaus, a partner at Greentech Capital Advisors, a boutique investment bank focused on sustainable technology.
Coal used for US power generation is expected to decline by 14% this year to 545.8 million metric tons, according to the US Energy Information Administration.
Coal consumed by the electric power sector is projected to plunge below 500 million short tons in 2020 for the first time since 1978, according to the EIA. That would mark a decline of 27% since 2016, President Obama’s last full year in office.
“The US power sector’s move away from coal is contributing significantly to decreases in US coal production,” Linda Capuano, the EIA’s administrator, wrote in the report.
The shale boom has left the United States with an abundance of cheap natural gas, which is cleaner burning fossil fuel than coal. That has allowed power plants to switch from coal to natural gas.
Coal, once the king of the power industry, is expected to see its market share drop from 27% today to just 22% by 2020, according to the EIA.

Renewable energy is quickly catching up because costs have dropped sharply lower and US states are pledging to adopt cleaner energy to address the climate crisis. Renewable energy’s market share is expected to climb from 17% last year to 19% by 2020.
“Renewables have become incredibly competitive. The cost of solar and wind has plummeted — and will continue to decline,” said Nicklaus.
America’s two most-populous states are leading the clean energy charge.
Texas will account for 22% of the nation’s nonhydropower renewable generation by 2020, according to the EIA. California is expected to follow with 14% of the share in this category. 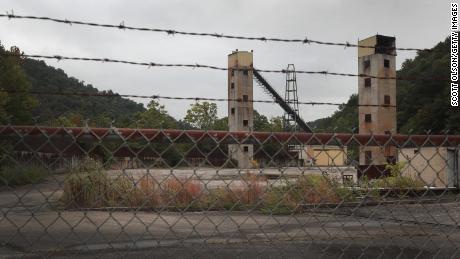 America’s top energy regulator agonizes over the downfall of coal country
In fact, Texas, the epicenter of the shale oil boom, is on the verge of becoming a green-first state.
By 2020, Texas will get more of its electricity from onshore wind than from coal, according to a recent forecast by Rystad Energy.
“Texas is just one of many red states that have recently ‘gone green’ by harnessing their great wind generation potential,” Carlos Torres-Diaz, head of gas market research at Rystad Energy, wrote in the report.
The global average cost of power from onshore wind farms tumbled below 6 cents per kilowatt-hour in 2018, according to the International Renewable Energy Agency. Rystad notes that is even cheaper than the lower cost limit of fossil fuel power.
“Coal is losing on economics,” said Greentech’s Nicklaus.

Robert Murray’s coal company is on the brink

And that means more pain for coal country.
Many communities in Appalachia have long relied on coal power plants and mines for prosperity. The rapid closures of recent years has dealt a devastating blow to the region.
“People are left with no resources. There’s not a Walmart or Burger King for 30 miles where they can get alternative employment,” Neil Chatterjee, the chairman of the Federal Energy Regulatory Commission, told CNN Business in an interview last month. “It is really, really difficult for me to watch.”
Yet Chatterjee, a Republican from Kentucky, said his hands are tied because FERC must make decisions on the facts, not personal sentiments.