A few weeks ago, during mid-winter, experts announced that rapidly growing Antarctic sea ice had “shrunk to record lows.” 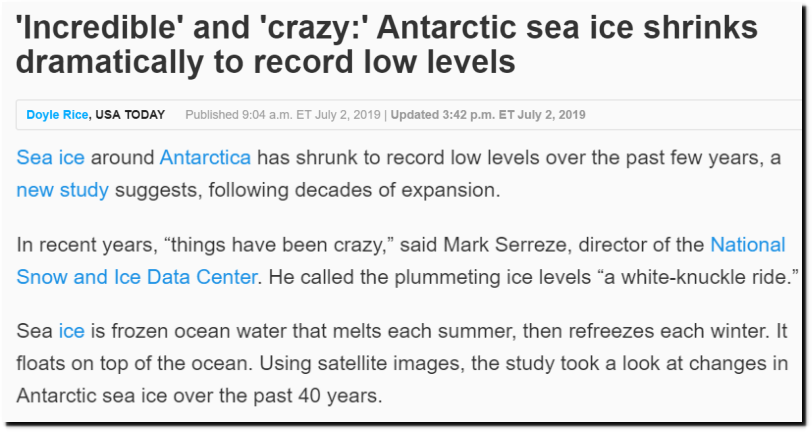 The southern oceans are running well below normal temperature. There is nothing in the least bit incredible and crazy going on. During January, 1976 – there was almost no sea ice around Antarctica.