Dutch farmers blocked hundreds of miles of major roads with their tractors to protest what they say are attempts to scapegoat their industry and paint them as a “problem” that needs fixing in discussions over climate change.

Up to 10,000 farmers took to the highways in their tractors on Monday to slowly make their way to The Hague causing 620 miles (998km) of traffic jams and the worst morning commute in the country’s history.

Farmers are protesting in the Netherlands and it is now the biggest traffic jam we’ve ever seen, thousands of tractors are driving on the highways right now

#boerenprotest is even worldwide trending on twitter right now 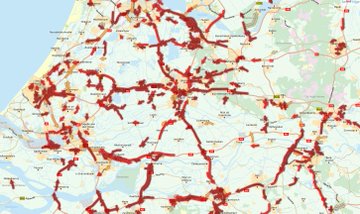 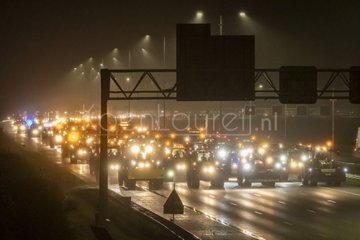 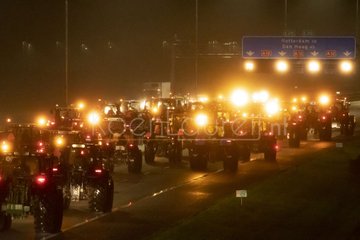 1,652 people are talking about this

Some farmers managed to avoid the traffic by driving along the North Sea beaches to reach the city.

#Update: This protest of Dutch farmer in the #Netherlands comes against the governments proposal to cut farm output country wide by 50%, and here you see a bunch of tractors riding on the beaches of The Hague. #boerenprotest 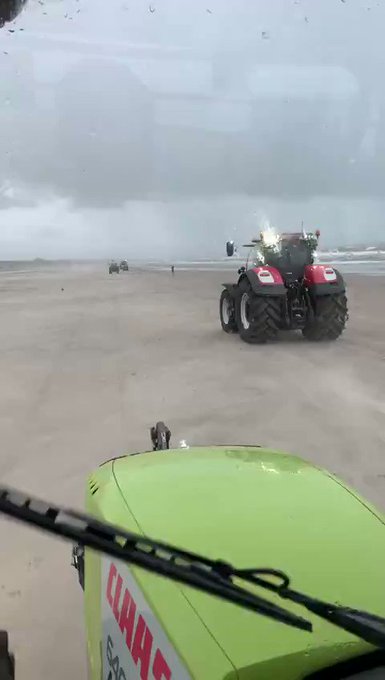 56 people are talking about this

In a statement, police said they “respect that farmers are standing up for their interest” and that they were trying to facilitate the protest as well as they could, but urged tractor drivers to follow instructions of traffic guides on the routes.

No official measures against farmers have yet been announced, but one party has suggested that the Netherlands should cut back 50 percent on the number of live animals produced every year. A broad package of measures includes a proposal to grant financial aid to farmers who want to cease their operations or adopt greener practices, the Associated Press reported.

ALSO ON RT.COMIron brawl: ‘Fighting’ tractors caught on VIDEO in Moscow“Farmers and growers are sick of being painted as a ‘problem’ that needs a ‘solution,’” Dirk Bruins of industry group LTO said in a statement.

“This is about our families, our future, the future of our children. It’s about our way of life,” sheep farmer Bart Kemp told the crowds of farmers gathered in The Hague and called for a “new era in which the food producers of the Netherlands are listened to.”

Thousands of angry Dutch farmers are blocking the highways of The Netherlands with tractors today en route to The Hague, to protest against disdain for their profession and being the scapegoat for climate change. #boerenprotest @Boerelegioen2 #farmersprotest 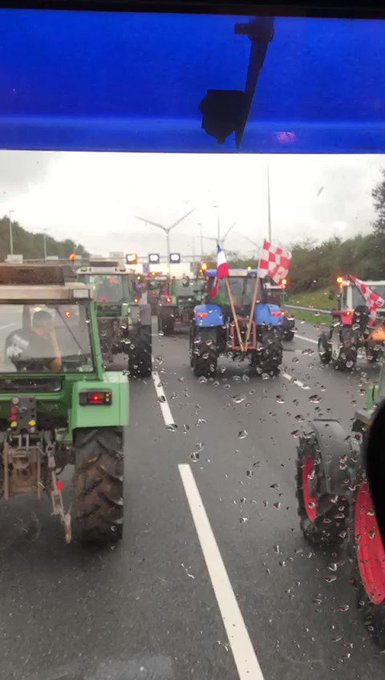 39 people are talking about this

The farmers’ protest also comes after a court found the country is in violation of EU emissions rules — and the dispute highlights the dilemma faced by governments eager to pass popular eco-friendly laws and reduce emissions while trying to mitigate the negative effects on those who earn their livelihoods in the biggest emissions-producing industries.

Over 2000 dutch farmers are protesting.
The government put up fenced to keep them out.

Meanwhile: farmers drive over those fences with their tractors and cause around 1100km traffic jams around the big cities

We love farmers. No farmers =no food#boerenprotest 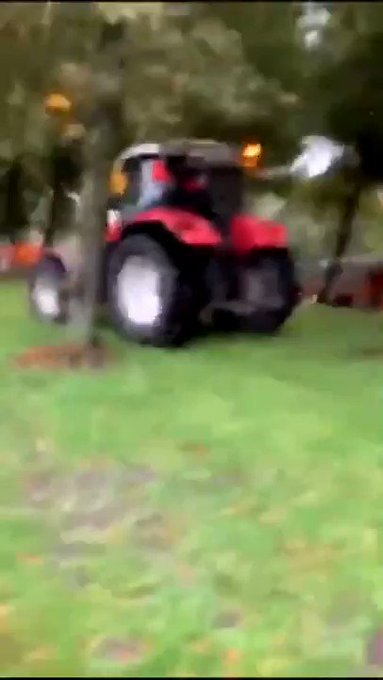 1,145 people are talking about this

Agriculture Minister Carola Schouten said she was ready to listen to farmers’ concerns and assured them that the country was working toward “a strong agricultural sector with an eye on a healthy environment.”

Police said they detained two demonstrators — one who drove through a metal fence and another who attempted to interfere with the detention.