Dr. Happer will leave the National Security Council Friday, September 13, after the completion of his one-year term as director of emerging technologies. Happer had previously served as the director of energy research for the Department of Energy, from 1991 to 1993. 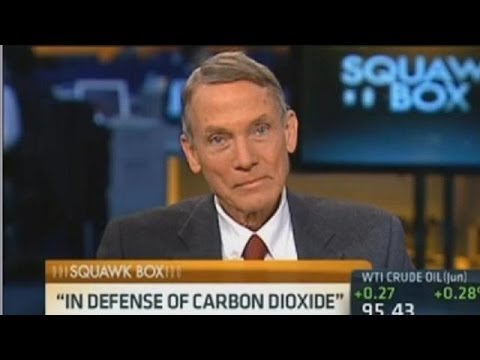 Trump’s new advisor calls ‘global warming’ a ‘cult movement’ & ‘pure belief disguised as science’ – President Trump’s new top science advisor Dr. Will Happer of Princeton University has told The Scientist that the significance of climate change has been “tremendously exaggerated” and has “become sort of a cult movement in the last five or 10 years.”

Happer: “The world has lots and lots of problems, but increasing CO2 is not one of the problems. So [the accord] dignifies it by getting all these yahoos who don’t know a damn thing about climate saying, ‘This is a problem, and we’re going to solve it.’ All this virtue signaling. You can read about it in the Bible: Pharisees and hypocrites and phonies.”

Happer: “The incredible list of supposed horrors that increasing CO2 will bring the world is pure belief disguised as science,”

Dr. Happer Testifies to Congress: ‘Warming and increased CO2 will be good for mankind’ – ‘CO2 is not a pollutant and it is not a poison and we should not corrupt the English language by depriving ‘pollutant’ and ‘poison’ of their original meaning’

All Eyes On The Scientist Set To Upend The ‘Climate Change’ Narrative – Under ‘All-Out Attack’ by Media – ‘Dr. Will Happer is one of the most important scientists in the U.S.’

Conservatives skeptical of climate change say Happer’s rise is a reason to rejoice — and an indication the Trump administration is getting serious about challenging the scientific consensus that the phenomenon is driven by greenhouse gas emissions tied to burning fossil fuels for energy. “It’s about time,” said Marc Morano, a former Republican staffer for the Senate Environment and Public Works Committee who runs the ClimateDepot.com website. “This is a major, major development. The biggest failing of this administration has been that they have not challenged the science.” …

Happer’s outspoken assertions about climate change have won him a following among skeptics. “He’s a fighter,” said Steve Milloy, a policy adviser for the Heartland Institute, a group critical of climate science. “I look at him as a star.” He’s a really brave guy, because being a climate skeptic is a challenging thing,” Milloy said. “He believes deeply that carbon dioxide is good for the planet,” Milloy said, crediting Happer with having “the guts to speak up.”

Media Attacks Should Be a Signal to Trump: Focus on Flawed Climate Science

Marc Morano, publisher of the influential Washington D.C.-based Climatedepot.com, agrees that the results of such a panel would be tumultuous. But that, says Morano, is exactly why the panel should go ahead.

“Activists want to silence any skepticism that would encourage the public to think about the huge problems in the science,” said Morano. “And some frightened Republicans want to avoid a conflict on this issue. But a conflict is inevitable if we are to have any chance of getting the best science used to inform policy makers.”

Morano continued, “We need an official report with the seal of the U.S. government that would lay out the arguments against the groundless climate change fears being promoted by Al Gore and the UN. Then, federal judges would have a solid foundation on which to base their deliberations in climate-related cases.”

There is a push to settle on the plan “sooner rather than later,” according to a person close to the planning. The earliest it might be revealed is a month away, and it would likely be done through an executive order, sources said. While those planning the initiative considered involving federal researchers at one point, the current idea is to use outside researchers who have legitimate academic credentials but who disagree with established climate science, sources said.