Teenage climate campaigner Greta Thunberg said the “war on nature must end” and called on Donald Trump to listen to science after she sailed into New York on a zero-emissions yacht Wednesday.

The 16-year-old completed a 15-day journey across the Atlantic shortly after 4:00 pm (2000 GMT), stepping off the boat onto a Manhattan dock to cheering crowds chanting her name.

“It is devastating and so horrible. It’s hard to imagine. They are a clear sign that we need to stop destroying nature,” she told waiting reporters when asked how she felt about raging fires in the Amazon, the world’s largest rainforest.

Finally here. Thank you everyone who came to see me off in Plymouth, and everyone who welcomed me in New York! Now I’m going to rest for a few days, and on Friday I’m going to participate in the strike outside the UN. 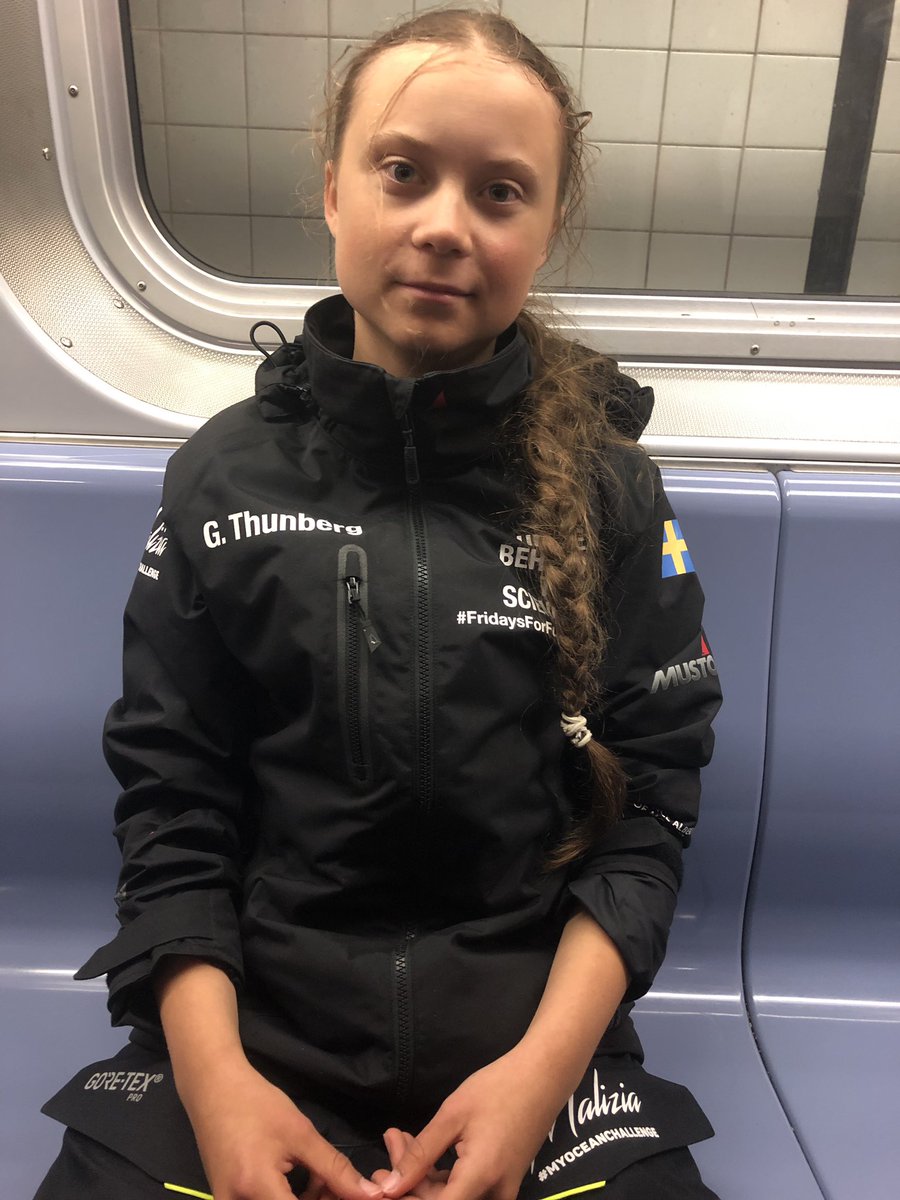 18.2K people are talking about this

“My message for him is listen to the science and he obviously doesn’t do that,” she said, as she brought her environmental message to the United States for the first time.

Thunberg poked fun at the president too by saying she was “pretty sure” windmills don’t cause cancer, in reference to a comment Trump made at a Republican fundraising event in April.

The teenager has become a symbol for climate action with her stark warnings of catastrophe if the world does not act now to cut carbon emissions and curb global warming.

Thunberg, who was diagnosed with Asperger syndrome at the age of 12, began sitting outside the Swedish parliament in August 2018 to get members to act on climate change.

She was quickly joined by other students around the world, as word of her strike spread through the media, and the “Fridays for future” movement was born.

She will attend a summit on zero emissions at the United Nations next month but refused to fly because of the carbon emissions caused by planes.

The Swede was offered a ride on the Malizia II racing yacht skippered by Pierre Casiraghi, the son of Monaco’s Princess Caroline, and German round-the-world sailor Boris Herrmann.

Thunberg has received criticism and abuse for her uncompromising attitude, however.