Flashback 2009: Climategate Professor to Morano on Live BBC TV: ‘What an A**hole’ 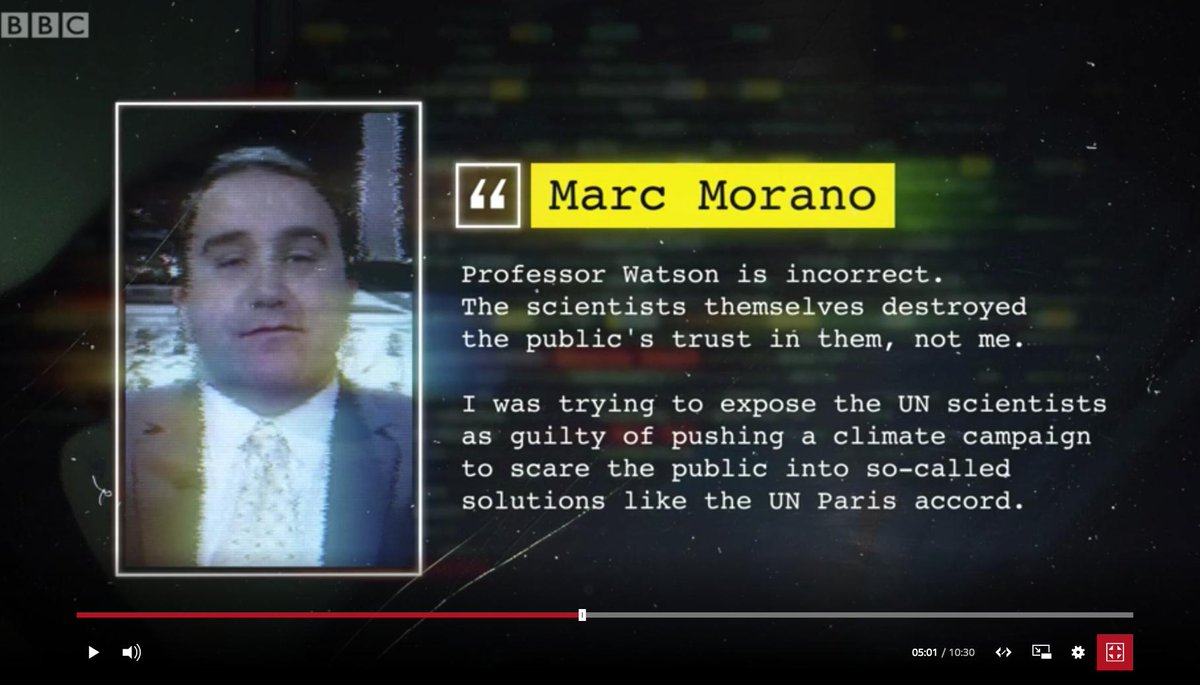 The risible section of last night’s Newsnight which the BBC had cobbled together in a sad, desperate, and unconvincing attempt to debunk the Climategate scandal.

This 10-minute BBC video is very heavy on climate cultism and very light on climate skepticism. Recent video of lots of warmist talking heads is shown; they briefly show this statement from @ClimateDepot , but oddly, it's just text with no sound. #ClimateBrawl pic.twitter.com/i02ls8IFt6

Climategate is fast approaching its tenth anniversary (which falls in November). Naturally the BBC — as one of the key promoters of the man-made global warming scare — is keen to get its excuses in early.

How did it achieve this?

Why, by the genius move of speaking to some of the activist-scientists implicated in the Climategate scandal and getting them to explain how it was always a lot of fuss about nothing.

“I had about 400 emails in the hacked email package…15 years of emails and people were picking and choosing out of them. People were kind of like putting them together in weird orders that made it seem like one email was talking about this event when it was really talking about something else. There was a lot of confusion.”

Schmidt is being disingenuous here.

It really doesn’t matter in what order you rearrange the Climategate emails. You get the same result every time: a bunch of second-raters bullying dissenters, troughing lavish grants, racking up air miles on conference freebies, cooking the books, manipulating the evidence, torturing the data till it screams in order to make man-made global warming look like a much more significant and well-understood problem than it actually is.

The implicated scientists have come up with all manner of excuses since: it’s a war on science conducted by the evil Big-Oil-funded right; it has all been taken out of context; the incriminating emails don’t mean what the deniers claim they mean; the Climategate scientists have been exonerated by three inquiries; etc.

Meanwhile in the real world, no convincing evidence whatsoever has emerged to support the threadbare theory that anthropogenic CO2 is causing the planet to warm in ways which are dangerous or unprecedented. Still, the theory rests entirely on computer models which, increasingly, appear to diverge from the actual observed data.

Booker knew all this. He’d done his homework, written the definitive book on the subject, and was too honest and rigorous and fearless to soft-pedal his position by claiming that “Of course, I recognise that man made global warming may be a problem…” because he knew that it wasn’t.

He never doubted that one day the great global warming scare would come to an end for the simple reason that nature is on the side of the sceptics, not the alarmists.

But nor did he kid himself that the scam was going to end any time soon — not least because of the way it has been so assiduously, unquestioningly promoted by influential institutions like the BBC.

As he wrote in his paper for the Global Warming Policy Foundation, The BBC and Climate Change: A Triple Betrayal:

In the very years when the global warming issue was becoming more controversial than at any time since the scare was first launched on its way in the 1980s, the BBC continued to promote the received orthodoxy on climate change and the political response to it without ever exposing either to serious questioning.

The BBC’s journalists went out of their way to publicise almost every alarmist claim the promoters of the scare could come up with, even after these had been shown to be without scientific foundation. Almost the only occasions on which they have paid attention to the views of dissenters from the orthodoxy has been when they have produced programmes designed to trivialise and caricature those views, portraying them as being held by only a tiny and disreputable minority of ‘deniers’. They have lent enthusiastic support to every political measure proposed to ‘fight climate change’, while consistently failing to explain the immense financial cost of those proposals and their enormous economic implications.

In their relentless promotion of the benefits of ‘renewable energy’, such as wind power, they have consistently endorsed the often absurdly exaggerated claims of the commercial interests involved in ‘renewables’, while failing to explain their practical shortcomings. In doing this, as this report will try to show, the BBC has not only failed in its professional duty to report fully and accurately on one of the biggest scientific and political stories of our time: it has betrayed its own principles, in three respects.

First, it has betrayed its statutory obligation to be impartial, using the excuse that any dissent from the official orthodoxy was so insignificant that it should just be ignored or made to look ridiculous.

Second, it has betrayed the principles of responsible journalism, by allowing its coverage to become so one-sided that it has too often amounted to no more than propaganda.

Third, it has betrayed the fundamental principles of science, which relies on unrelenting scepticism towards any theory until it can be shown to provide a comprehensive explanation for the observed evidence.

Booker never minced his words. How I would have loved to hear his demolition of the BBC’s pathetic effort at undermining the significance of the Climategate emails.

He wouldn’t have been angry about it, though. Just drily amused and quietly pleased at the way it yet again confirmed all his theories about the follies to which man is prey when he becomes a victim of groupthink.

I’m sure he would also have been cheered by the legal challenge being launched by the campaign group Stop BBC Bias.

A former BBC employee, David Keighley, is crowdfunding a judicial review of the way the BBC measures impartiality. The BBC insists that it is impartial. Most of us who watch it and listen to it know it isn’t, especially on topics like climate change which it no longer even pretends to cover even-handedly having decided that the debate is over…

Booker wasn’t happy that he got ill — he felt that he still had much work to do. But he did feel a measure of relief that he’d no longer have to put up with a world where everyone gets their lessons on global warming from a 16-year-old kid in pigtails who can see ‘carbon’ in the air and a doddery old Malthusian whose TV crews drive walruses off cliffs and then blame it on climate change, all courtesy of a propaganda institution so shamelessly left-biased it makes Central Television of the USSR look like Fox News.