The Trump administration touted its record on promoting a clean environment on Monday, providing a counter narrative to Democratic claims that the White House has not appropriately addressed climate change.

The administration’s message on the environment is that they’ve successfully promoted a booming economy while protecting the nation’s air, land, and water.

“The United States does not have to sacrifice our own jobs to lead the world on the environment,” the president said during his Monday address. “My administration set the new standard for environmental protections with unprecedented provisions in the United States-Mexico-Canada Trade Agreement (USMCA).” 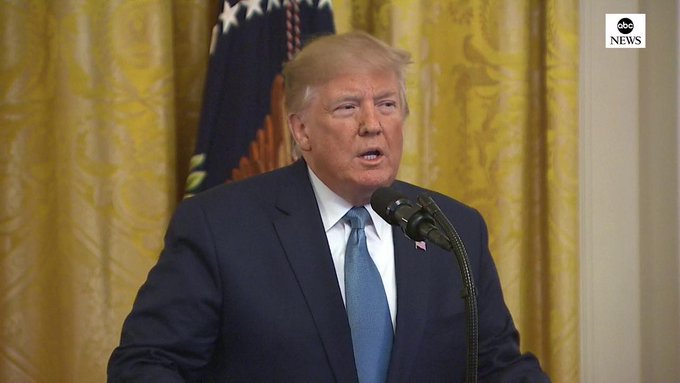 “The United States does not have to sacrifice our own jobs to lead the world on the environment,” President Trump says.

Trump campaigned on rolling back some of the environmental proposals and regulations put forth by the Obama administration: http://abcn.ws/2Jkn4Y9

The president’s speech was accompanied by a White House press release touting various environmental policies enacted by the administration:

EPA administrator Andrew Wheeler told reporters during a press call earlier in the day that “all six criteria air pollutants have decreased under President Trump’s administration.  In fact, we’ve had double-digits decreases in both lead and sulfur dioxide over the last two years.”

Wheeler also defended Trump’s decision to pull out of the Paris Climate Agreement, noting that other countries such as China and India had much looser standards under the agreement than the U.S. and adding that the U.S. has continued to decrease CO2 and methane emissions.

The administration’s celebration of its work on the environment comes as Democratic members of Congress and presidential candidates continue to advocate for sweeping environmental reforms that would likely have devastating effects on the economy. (RELATED: 2020 Democrats Eschew Climate Change For ‘Crisis,’ ‘Chaos’ In Debate)

Democratic New York Rep. Alexandria Ocasio-Cortez again called for serious action on climate change after Washington, D.C. was hit with severe flooding on Monday morning. The first-term congresswoman blamed Republicans, fossil fuels, and climate change for the flooding that took over the city.

Despite that, Republicans are tripling down on fossil fuels w/no plan to transition off them, or make the critical infra investments we need to prep for the climate crisis.

Curbs are quickly disappearing under a flood of water in ⁦@washingtondc⁩ / this is Constitution Ave. ⁦@fox5weather⁩ @fox5dc ⁦@caitlinrothfox5⁩ #traffic 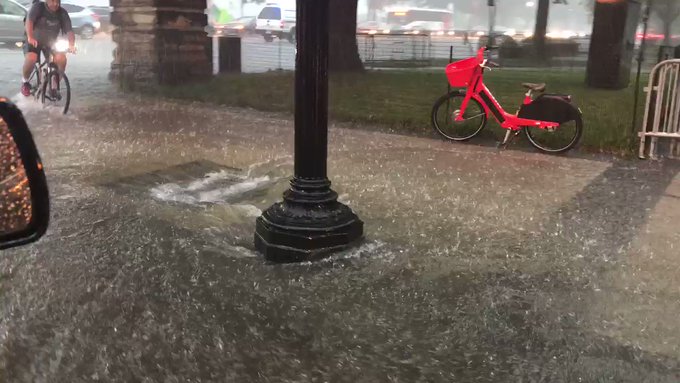 8,086 people are talking about this