Democratic presidential candidates eagerly touted their costly climate change plans during the first primary debate, but tip-toed around the questions of how they would pay for trillions in spending.

Roughly seven minutes of Wednesday night’s primary debate were devoted to climate change questions. Democratic presidential candidates were eager to tout their climate change plans, but tip-toed around the question of how to pay for them.

Washington Gov. Jay Inslee and Massachusetts Sen. Elizabeth Warren said their plans would create millions of green jobs, with Warren saying there will be a $23 trillion green product market to take advantage of in the future. (RELATED: Jay Inslee Says McDonald’s Employees Are ‘Slinging Hash’ In Democratic Debate)

However, neither Inslee nor Warren put a price tag on their climate change plans during the debate. Inslee did say his plan could save Miami from climate change.

Inslee put forward a $9 trillion plan to tackle climate change in May, and Warren endorsed the idea of the Green New Deal, which experts estimate could cost tens of trillions of dollars. Democratic climate change plans range in cost from $2 trillion to $10 trillion. 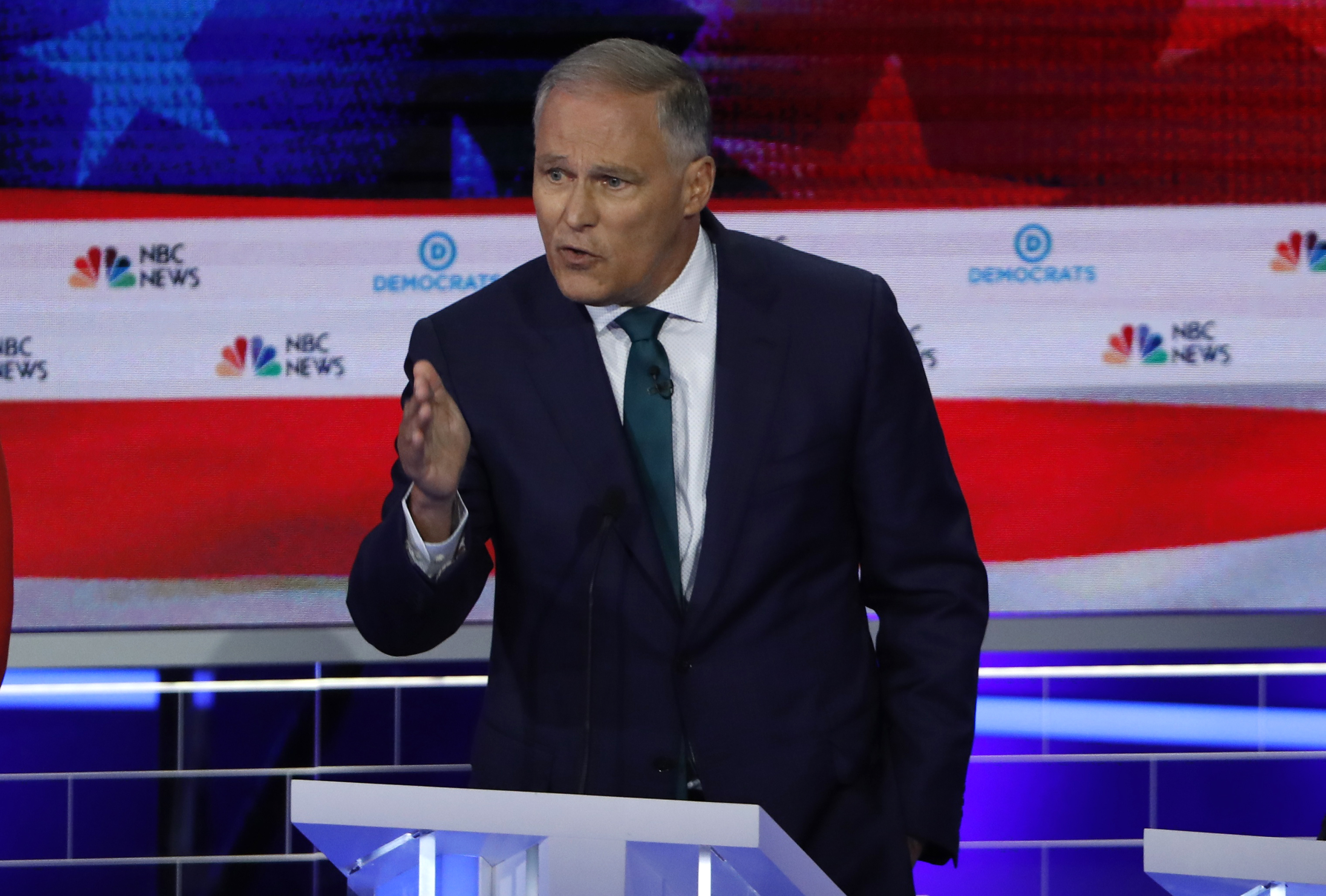 Former Housing and Urban Development Secretary Julian Castro dodged when asked by MSNBC’s Chuck Todd “who pays for the mitigation to climate?” Castro, instead, talked about his record as San Antonio mayor trying to phase out coal plants and actions as HUD secretary.

“And if I’m elected president, the first thing that I would do, like Senator Klobuchar also has said, is sign an executive order recommitting us to the Paris Climate Accord so that we lead again,” Castro said, referring to Minnesota Sen. Amy Klobuchar’s promise to recommit to the Paris agreement.

Ohio Rep. Tim Ryan also dodged a question from Todd on how to pay for “climate mitigation.”

Ryan went on to argue Democrats will only beat Republicans by reconnecting with American workers. Former Maryland Rep. John Delaney touted carbon tax legislation he introduced while in Congress — but still, he didn’t mention cost. 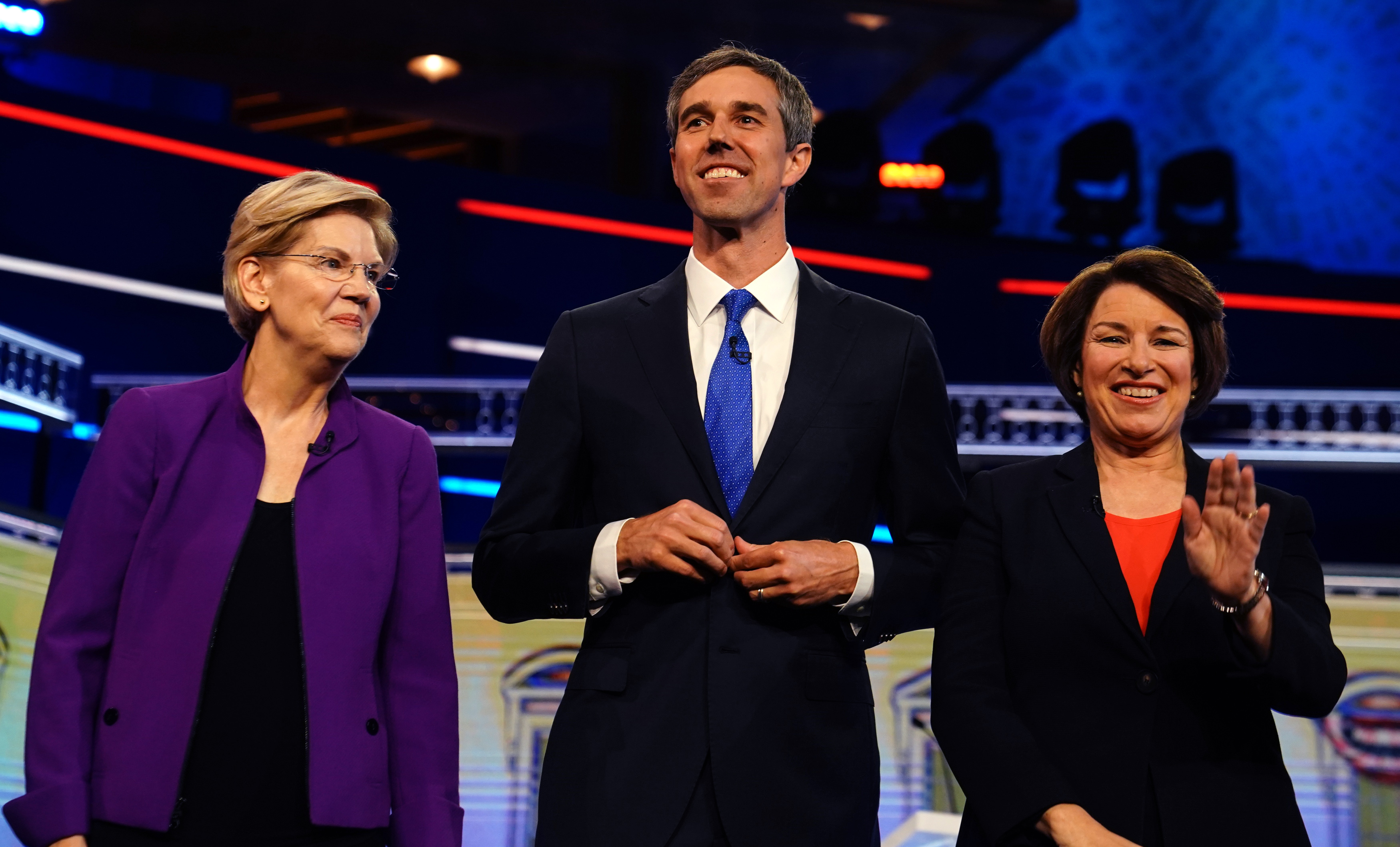 Delaney’s plan, known as a “carbon tax-and-dividend,” would tax carbon dioxide emissions, raising the price of energy, but revenues collected would be given back to taxpayers in the form of a dividend.

Some Republicans and Democrats have embraced the idea, but most conservative groups oppose it on grounds it would drastically raise the price of nearly every good, not just energy, and only be feasible through the creation of a new entitlement.

So why are Democrats hesitant to lay out who pays for their global warming policies? Polling indicates that while Americans are generally supportive of green energy and efforts to tackle climate change, few want to pay over $10 a month.

A Reuters-Ipsos poll found only 34% would be okay with taxes increasing $100 a year to fight global warming, and just 29% would accept $100 a year in higher electricity costs to pay for climate change mitigation.

Former Texas Rep. Beto O’Rourke seemed to be the only candidate on stage to put a price tag on his climate change agenda — $5 trillion. But Beto still did not outline how he would raise those funds.

“We’re going to mobilize $5 trillion in this economy over the next 10 years,” O’Rourke said.

“We’re going to free ourselves from a dependence on fossil fuels, and we’re going to put farmers and ranchers in the driver’s seat, renewable and sustainable agriculture, to make sure that we capture more carbon out of the air and keep more of it in the soil, paying farmers for the environmental services that they want to provide,” O’Rourke added.