Subcommittee on Water, Oceans, and Wildlife

“Responding to the Global Assessment Report of the Intergovernmental Science-Policy Platform on Biodiversity and Ecosystem Services.”

Testifying before Congress, Climate Depot’s Marc Morano says the 97 percent consensus on catastrophic man-caused global warming is nothing but ‘a form of intimidation… pulled from thin air.’

“It’s a form of intimidation… Before Congress you had a United Nation’s IPCC lead author testify that the 97 percent, as evidenced by John Cook, was quite simply ‘pulled from thin air’… They tortured the data until they came up with 75 or so anonymous scientists who agree with the 97 percent. We don’t know the scientists’ name, we don’t know their affiliation, we don’t know their bios, but that number in those studies are pounded on us daily, over and over, anyone in this debate to silence dissent.”

Hearing – Responding to the Global Assessment Report of the Intergovernmental Science-Policy Platform on Biodiversity and Ecosystem Services US House Subcommittee on Water, Oceans, and Wildlife May 22, 2019

Editor’s Note: The following is an excerpt from author Marc Morano’s new 2018 best-selling book, The Politically Incorrect Guide to Climate Change. The section below deals with the alleged 97% consensus on climate change. 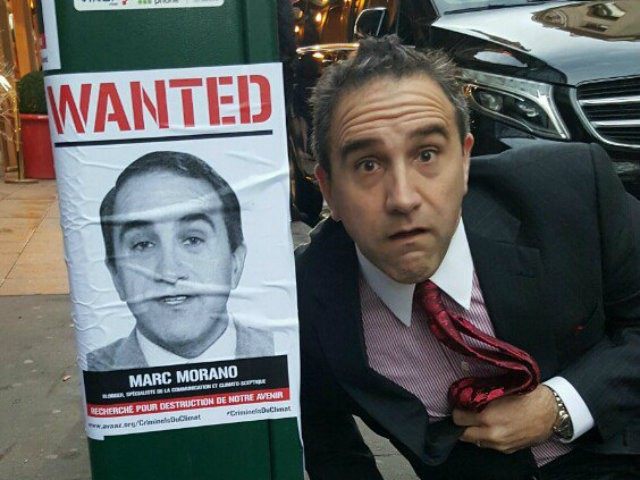 Climatologist Dr. Judith Curry: Morano ‘has prepared an extremely hard-hitting report for his written testimony’ at Congressional species hearing – “Morano was asked a question about ‘97% of scientists agree.’  Morano nailed it. Moore effectively chimed in on this issue also”

House Democrats attack Morano: “It’s truly odd that @NatResources Republicans would invite Marc Morano to a serious hearing on the future of the planet. If this is who they listen to on policy, why should anyone take their arguments seriously? Or is extinction a joke to them?”