Girl Bullied by Teacher, Classmates for Refusing to join ‘Climate Strike’ – Accused of being a ‘climate denier’

By MELISSA VAN BRUNNERSUM FOR MAILONLINE

A Swedish teacher and her students allegedly bullied another pupil when she refused to skip school and participate in a climate protest.

The so-called ‘schools strike for climate’ movement was started in August 2018 by Greta Thunberg, a 15-year-old Swedish climate activist.

The high school management encouraged its students to take part. 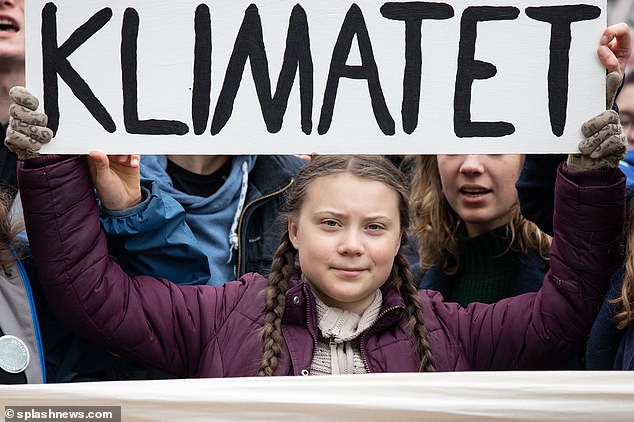 All but of one of the students were eager to join in, according to magazine Det Goda Samhället.

When the child said she did not wish to participate, the teacher became agitated and lectured her in front of the classroom that she should ‘think through her decisions carefully’, the magazine says.

Other students of the class then accused her of being a ‘climate denier’. The girl’s mother blames the teacher for inciting classroom bullying, and said she felt scared of how angry and uneasy the atmosphere quickly turned.

She said that while her daughter enjoys school, ‘she does not think the school strike is the right way to go about climate problems’.

The mother added that her daughter hadn’t been ‘very loud about it’, but simply said that she did not want to join the strike.

After feeling that the school ‘stigmatised’ her daughter, the mother proceeded to call the school’s administration. She herself was then questioned by the principal.

The principal explained that her daughter ‘went against the rest of the class and refused to participate in something this positive’ and told the mother she had the wrong attitude herself.

The girl’s mother compares the situation to ‘mass hysteria’ and said that the treatment her daughter received was ‘totally sick’.

‘If you do not hang out on Greta Thunberg and for the climate then you should be singled out and bullied’, she said.

The young girl has been refusing to go back to school because of concerns that the other students and teacher might continue to bully her.

While her mother does not forgive the school for how they treated her daughter, she feels that there is a more appropriate way to go about it.