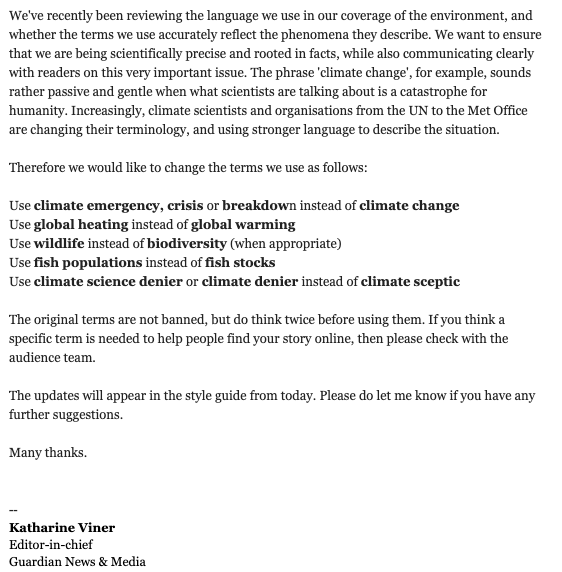 The Guardian's editor has just issued this new guidance to all staff on language to use when writing about climate change and the environment… pic.twitter.com/yylPXJzdbc

A major U.K.-based newspaper will swap out the terms “climate change” and “global warming” for “stronger language to describe the situation we’re in,” according to the editor-in-chief.

The Guardian newspaper announced Friday it will swap the term “climate change” for “climate emergency, crisis or breakdown,” and “global warming” will be substituted for “global heating.”

“We want to ensure that we are being scientifically precise, while also communicating clearly with readers on this very important issue,” said Guardian editor-in-chief Katharine Viner. “The phrase ‘climate change,’ for example, sounds rather passive and gentle when what scientists are talking about is a catastrophe for humanity.”

“Increasingly, climate scientists and organisations from the UN to the Met Office are changing their terminology, and using stronger language to describe the situation we’re in,” Viner said in a statement.

However, terms like “climate crisis” are not used in serious scientific studies or literature. Instead, phrases meant to sound the alarm on global warming mostly come from activists and politicians pushing an agenda. (RELATED: Trump Strips High-Speed Rail Funds From California)

Bjorn Lomborg, author and director of the Copenhagen Consensus Center, criticized The Guardian’s new guidelines as “newspeak,” the official language of the fictional nation of Oceania in George Orwell’s “1984.”

Blatant scaremongering:
Guardian has now declared that the scientifically correct expression of global warming or climate change is not terrifying enoughhttps://t.co/IEPpeOTDIo 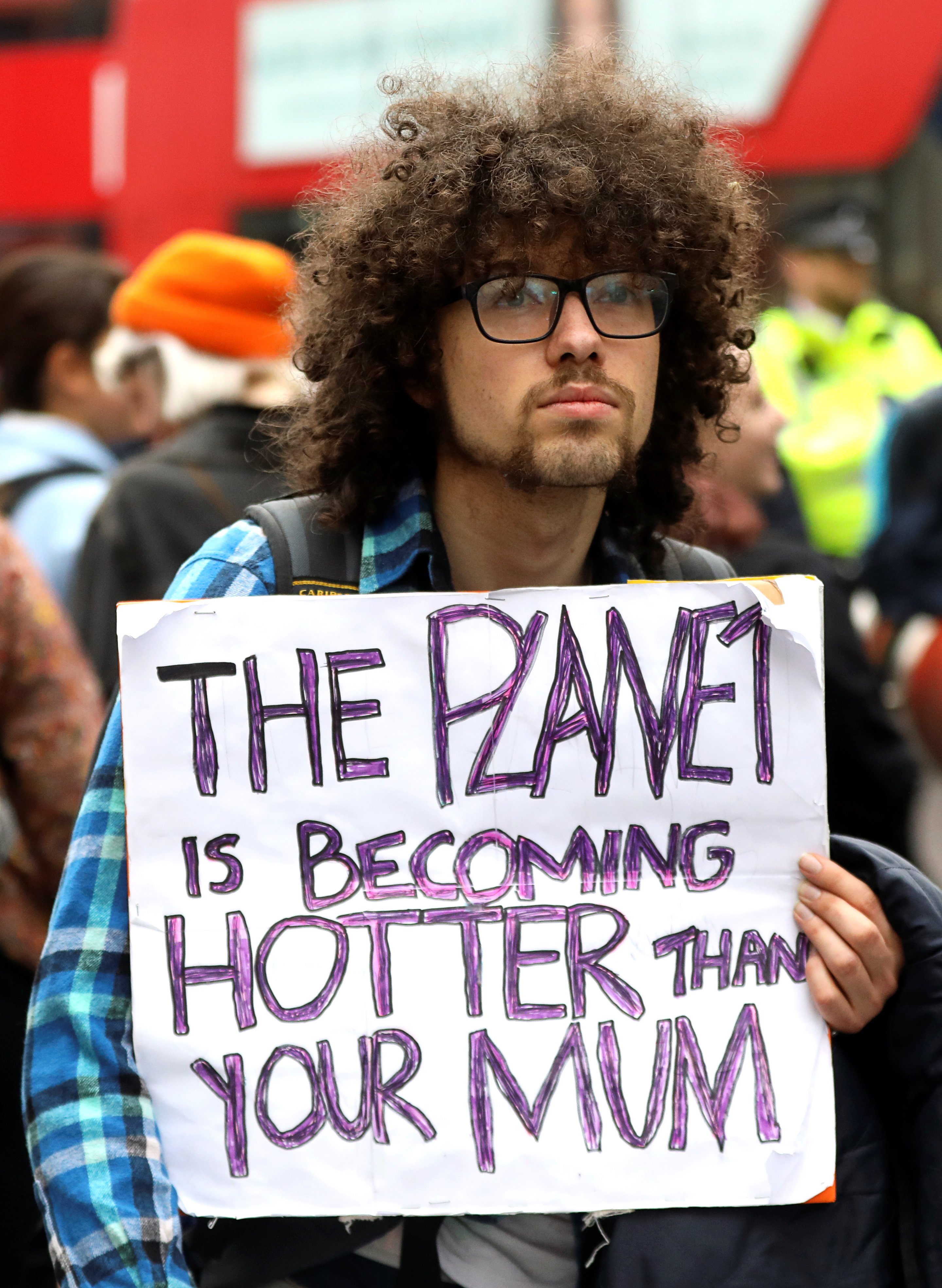 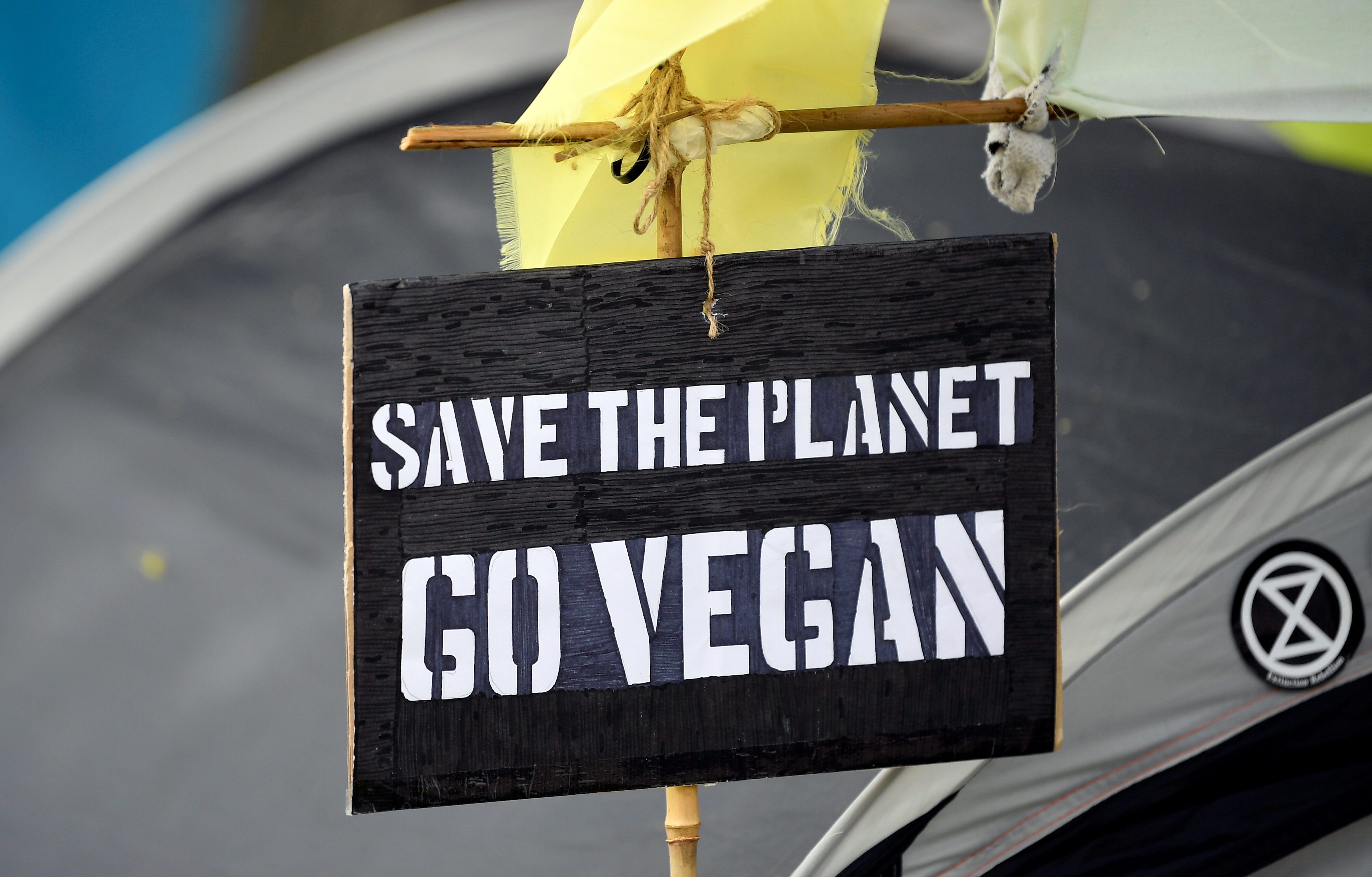 Campaign slogan is pictured on a tent at the Extinction Rebellion protest site at the Marble Arch in London, Britain, April 24, 2019. REUTERS/Toby Melville

Lomborg is no skeptic of man-made warming, but has spent his career pushing back against climate change misinformation that’s often spread by environmental activists that want to get rid of fossil fuels.

The United Nations climate assessment showed global warming could do the “equivalent to losing 0.2-2% of average income” in 2100 if no actions are taken to curb emissions, Lomborg said.

“And by then, we’ll be 100%-300% richer *per person* with lower inequality,” Lomborg tweeted.The Guardian often prints alarming headlines, including one cited by New York Democratic Rep. Alexandria Ocasio-Cortez when she claimed there’s only 12 years left to avert a climate catastrophe.

Scientists debunked that talking point, along with many others seen in The Guardian. Despite this, it’s often invoked by activists and politicians trying to build support for their climate agendas.