A climate prosecutor employed by Maryland Attorney General Brian Frosh on a “pro bono” basis is taking a $125,000 salary from a group backed by billionaire Michael Bloomberg, according to the nonprofit law firm Government Accountability & Oversight (GAO).

The State Energy and Environmental Impact Center is a New York University (NYU) School of Law program that places professional lawyers with years of experience into the offices of blue state attorneys general. The center is funded by Bloomberg, the former mayor of New York City and a climate change activist. (RELATED: ‘Law Enforcement For Hire?’ Mike Bloomberg Is Paying For ‘Legal Fellows’ To Help Democratic State Attorneys Resist Trump)

Bloomberg’s NYU charity project completely covers the salary of its fellows and, in return, the attorneys work out of the AG offices to push climate litigation that Bloomberg is interested in.

Frosh applied Maryland for the center’s fellowship program and set the salary of the “Pro Bono [sic] Special Counsel” prosecutor hired through the State Energy and Environmental Impact Center. Frosh classifying the attorney as pro bono is “problematic” and may put the AG’s office in legal trouble of its own, according to GAO.

Under Maryland law, “‘pro bono,’ of course, means that not only does the client not need to pay, but also the attorney represents the client without compensation,” Maryland’s state court of appeals said in the 2015 ruling in State vs. Westray, pointed out by GAO.

Frosh’s office did not respond to a request for comment. 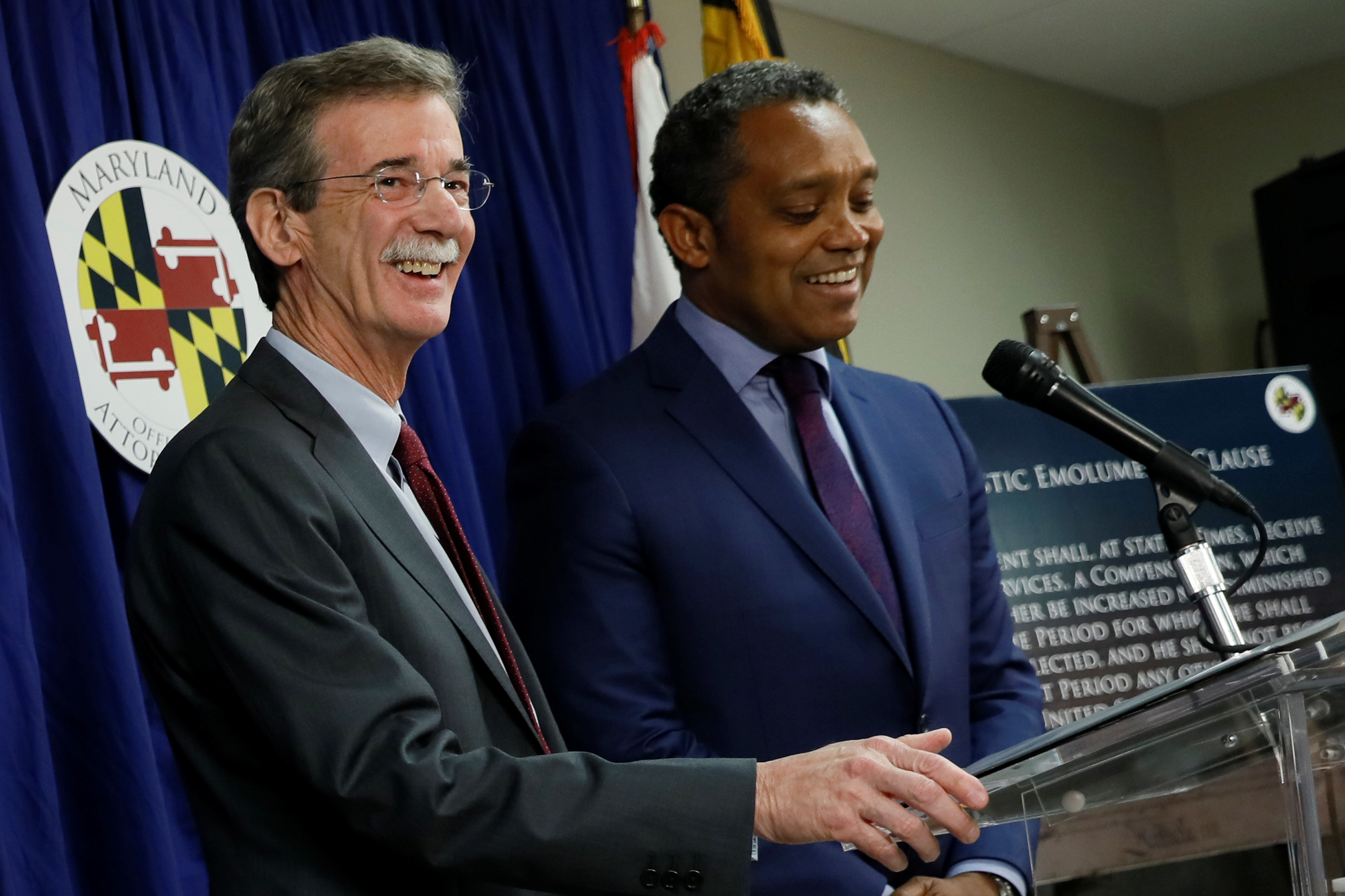 Frosh hired the attorney from the Bloomberg-backed program on Jan. 3, 2018. Frosh later back-dated a letter and cited a “pro bono” provision in Maryland law as grounds for making the hire.

At least eight states and the District of Columbia were participating in NYU’s fellowship program in June 2018 when The Daily Caller News Foundation first reported on the Bloomberg-backed program.

Maryland, Massachusetts, New York, Oregon, Washington and D.C. had all hired fellows at the time. Illinois, New Mexico and Virginia were looking to hire.

State AG’s have hit energy companies such as Exxon Mobil with a flurry of climate change lawsuits recently, seeking in part to force the companies to cover the cost of damage from severe weather events such as hurricanes. The lawsuits claim that the companies’ business, producing and selling fossil fuels, contributes to climate change and makes such natural disasters more severe.