Climate ‘BirthStrike’: This woman won’t have children because of climate change. She’s not alone

The founder of a group of "birth strikers" says choosing not to have children is only rational when faced with the potential havoc that climate change may inflict on future generations."We're looking at famine and we're looking at mass displacement. We're looking at severe weather systems, we're looking at general drought and sea-level rise," said Blythe Pepino, who launched the BirthStrike movement. 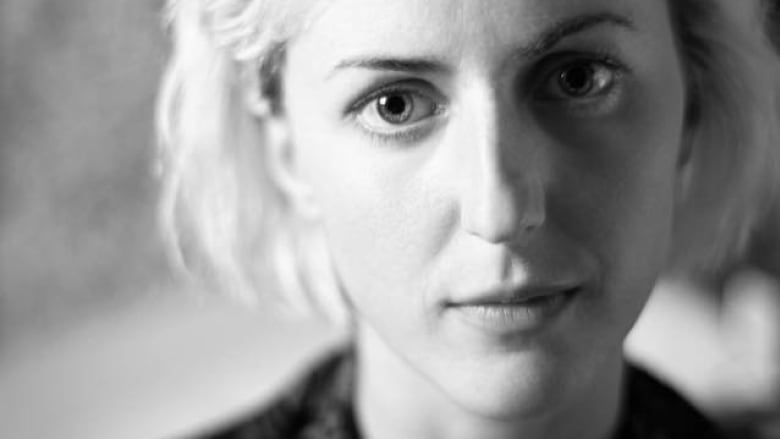 Blythe Pepino launched the group BirthStrike to draw attention to the people’s fears about bringing children into a world threatened by climate change. (Submitted by Blythe Pepino)

The founder of a group of “birth strikers” says choosing not to have children is only rational when faced with the potential havoc that climate change may inflict on future generations.

“Once you have a look at all that, it becomes quite obvious why these men and women are making this decision,” she told The Current’s Anna Maria Tremonti.

Based in Britain, Pepino got the idea for BirthStrike late last year, as a global organization offering solidarity for people deciding not to have children in response to the climate crisis.

“We have a private Facebook group where they can talk about their individual concerns … I think that’s really great for people’s mental health,” she said.

With 323 members around the world, the group wants to highlight what they call a lack of political will in fighting climate change.

She said that the group doesn’t believe having fewer children would reduce the population’s carbon footprint in any meaningful way. Rather, they’re worried that children born now face an unstable future.

“We’re all about system change, and fear of the future, basically,” she said.

In the same year, UBC research suggested the best way to reduce your carbon footprint was to have fewer children. 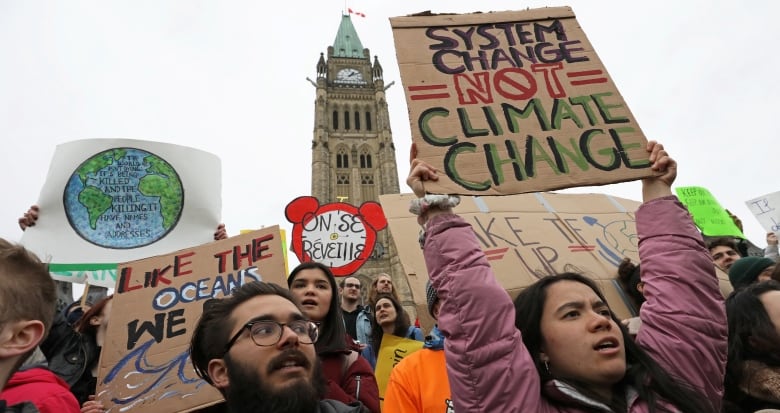 Students hold a protest against climate change on Parliament Hill in Ottawa on March 15, 2019. (Chris Wattie/Reuters)

Deciding not to have children

Pepino made her own decision to not have children last year, after the publication of several reports warning that the situation around climate change was worse than previously thought.

Prior to that, she and her partner had discussed preparing to have children, including “where we’re going to live, the kind of income that we’re going to need, and that sort of thing,” she said.

But she said that “the two things really combined: my wanting to have a child, and also coming to realize that actually I don’t think the future is looking stable enough for me to make that decision.”

You should be angry that we have to have this conversation.– Emma Pinchbeck

The realization left her angry, particularly at groups that have “poured billions” into lobbying against action on climate change over the decades, and “undermining the conversation and the actions that would have maybe put us in a different position now.”

She hopes she’ll be able to change her mind if the tide turns in the fight against climate change.

“Hopefully in the future I’ll be able to make a different decision,” she said.

‘All we are lacking is political will’

Pepino said the public reaction to BirthStrike has included “a lot of hateful stuff,” but Emma Pinchbeck argued people should be focused on the wider problem.

“You should be angry that we have to have this conversation,” said Pinchbeck, deputy CEO of RenewableUK, a trade association for the wind, solar and tidal power industry.

“We are very, very clear that we have all of the technologies … that we need to solve this problem, and literally all we are lacking is political will,” she told Tremonti.

Pinchbeck said the world is on a knife-edge where we can “change the world for the better or … we’re not going to do anything, and the science is going to be right and we’re going to fall into ecological collapse.”

Pinchbeck is five months pregnant, and also struggled with the idea of having children.

Ultimately, she decided the best option was “channeling my efforts at the system change I know to be possible in my child’s lifetime.”

“If we do that, there is every reason for hope that they will have a different kind of life … one that is rich and full and hopefully safe.”

Click ‘listen’ near the top of this page to hear the full conversation.