CNN admits: ‘Plants love some CO2, and when there is more of it in the atmosphere due to the ghgs causing climate change, they flourish’ – But it’s ‘making allergy season worse’

CNN: "Plants love some carbon dioxide, and when there is more of it in the atmosphere due to the greenhouse gases causing climate change, they flourish."

CNN)You’re sneezing your head off, and your eyes sting. The air around you is yellow — along with your house, your car, your pets. Yes, of course, you already know that allergy season has arrived. Now for more bad news: Climate change makes it much worse. 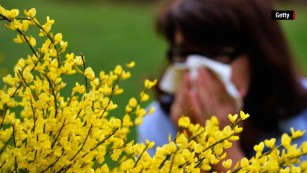 What causes allergies?
Nearly 20 million Americans sneeze and sniffle due to pollen and dust, according to the US Centers for Disease Control and Prevention, and many more of us will be BFFs with our tissues in the future.
The number of allergy sufferers has grown, research shows. One in 10 Americans struggled with hay fever in 1970, and 3 in 10 did by 2000. Asthma, which can be made worse by exposure to pollen, has become more common too, with higher rates among kids, low-income households and African Americans.
Experts think climate change shares some of the blame for this. Warmer temperatures increase the level of airborne pollen because, scientists say, the growing season has, well, grown 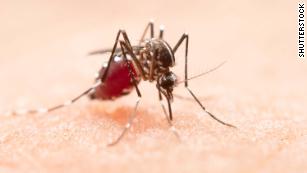 Climate change could expose 1 billion more people to bug-borne diseases, study says
Between 1995 and 2011, fewer freeze-free days meant 11 to 27 days added to pollen season for most of the United States, research shows. The Asthma and Allergy Foundation of America, which does an annual survey of allergy season, noticed that it’s been growing each year.
With warmer temperatures, parts of the country are going to get even worse for allergies because plants like ragweed will start migrating north, studies show.New York, Vermont, New Hampshire and Maine will probably see a lot more pollen in the future.
“Warmer temperatures allow the trees to pollinate earlier and for longer times,” said Angel Waldron, the director of communications for the allergy foundation. “We didn’t used to see our cars covered in pollen before March, but we do now, and we hear from people all the time who are dealing with allergies for a lot longer than they used to when they were little. That’s definitely connected to climate change.”

15 takeaways from the US climate change report
If warming continues at its current pace, by the end of the century, the growing season will be longer by about a month in most states. States that weren’t home to the pollen-producing plants and trees will soon see them in abundance, exposing whole new populations to pollen.
It’s not just the warmer temperatures adding to our misery. Plants love some carbon dioxide, and when there is more of it in the atmosphere due to the greenhouse gases causing climate change, they flourish. Studies on ragweed show that the amount of pollen the plant produces actually doubles with higher levels of CO2. The pollen becomes more potent too, according to the US Department of Agriculture. There are similar patterns for grass pollen and other plants.