Walruses seen falling to their deaths as they scaled high cliffs to escape climate change could have died because they were being chased by polar bears, a zoologist has claimed.

The animals were said to be making the dangerous climb to higher ground to escape receding sea ice due to warming seas.

Hundreds of walruses became confused by a combination of shrinking ice cover and their own poor eyesight, causing them to scale cliffs and often plummet to their deaths when they attempt to return to sea, the show stated.

In the disturbing clip, walruses could be seen perched precariously on the edge of the rocky cliffs, unaware of just how high up they were.

It’s not the first time a David Attenborough-narrated programme has been faced accusations of faking dramatic wildlife footage.

In 2011 Frozen Planet admitted after the show aired that filmmakers used footage of cubs taken at a zoo using fake snow in the Netherlands and spliced it with polar bear clips from the wild. 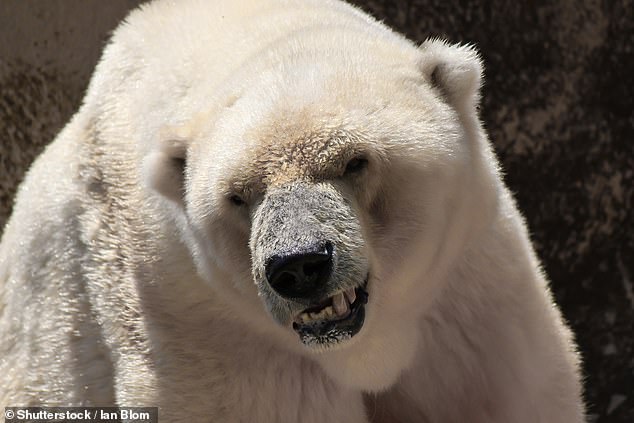 Polar bears were said to have chased the walruses off the cliff, but this claim was disputed by the filmmakers who stood by the footage

Then the BBC’s Blue Planet 2 series in 2017 saw creators defend the use of studio shots taken in laboratories as it featured images of coral bleaching that could only be filmed with lights and specialised cameras.

The Blue Planet team also recreated a rock pool on board a ship to film up-close zebra mantis shrimp and the long teeth of the fangtooth fish.

In the recent Our Planet episode of the Frozen Worlds series, Attenborough says that all the walruses know is that they need to join the others and find food.

Susan Crockford, of the University of Victoria in British Columbia, Canada, claims the animals were more likely to have been driven over the cliffs after being chased by polar bears.

She cited a famous incident in 2017 near where the Netflix series was filmed, where 20 polar bears chased walruses over to top of cliffs at Kozhevnikova Cape, Ryrkaypiy, in eastern Russia, according to the Siberian Times.

Describing the footage as ‘contrived nonsense’, Dr Crockford told the Telegraph: ‘This powerful story is fiction and emotional manipulation at its worst.

‘The walruses shown in this Netflix film were almost certainly driven over the cliff by polar bears during a well-publicised incident in 2017, not because they were confused by a combination of shrinking ice cover and their own poor eyesight.