by P Gosselin / Mar 16, 2019
The publisher of conservative Swiss weekly “Weltwoche” and SVP National Council member Roger Köppel commented in an interview with the Baseler Zeitung (BaZ) on children skipping school to demonstrate for climate, and the climate movement in general. 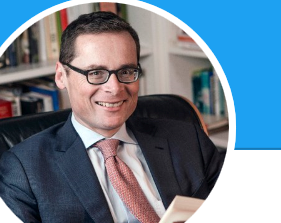 In the interview Köppel called the climate movement a “political mass trance that that is currently rolling over us” and that children have been prompted to skip school and protest an “infantilization” of politics.

In the interview, Köppel notes that the planet has warmed “only one degree since 1860” and that this increase is nothing unusual in a historical context.

When the BAZ points out that his opinion is more one from the fringes, Köppel dismisses it, telling the “Evangelium of climate prophets” is being challenged by renowned scientists like Richard Lindzen “while policymaking is already convinced that this climate hysteria is to be understood as absolute truth.”

He tells the BaZ that “it is dangerous that the state is massively intervening in our economy and energy supply.”

Later in the interview Köppel calls the belief that man has the main control over climate “presumption, religious delusion and self-denial.” When asked whether or not the state indeed should take action with regards to the “climate crisis”, Köppel replied “no” and added: “The state climate collective is much more dangerous than climate change.”

So aggressive were the questions posed by the BaZ that Köppel asked: “Stop with this CO2 demonization”, telling the BAZ: “We have a hype about the climate. I’m talking about a new solar religion, a kind of political trance. It is the duty of citizens to take countermeasures. The debate is dangerously one-sided.”