In a stinging commentary at Le Figaro here, Dr. Laurent Alexandre, surgeon-urologist, a graduate of Sciences Po, HEC and ENA, and co-founder of the Doctissimo website, asserts that teenage Nobel Prize nominee Greta Thunberg is being shamelessly exploited and “is playing into the hands of economic interests for whom climate protection is of little importance”. 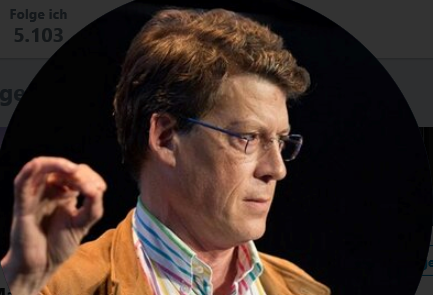 The French physician blasts the instrumentalization of the special child as “irresponsible” and that “revealing her neuropsychiatric state to the media should be a crime.”

“Substitute for the Marxist dictatorship” and “liberticidal agenda”

Laurent Alexandre first comments that “the young people who follow Greta Thunberg are the useful idiots of the green dictatorship” much in the same way Lenin called left-wing bourgeois “useful idiots of the revolution” and that the failures of all Marxist models have “left the anti-liberals in turmoil.”

He writes that ecology today serves as “the ideal instrument to propose a new utopia that is a substitute for the Marxist dictatorship”. He adds: “By exploiting the youth, we are imposing a liberticidal agenda in the name of good feelings.”

Targets reachable only possible through a green dictatorship

Alexandre comments that Thunberg and the leftists are demanding that “we reduce our energy consumption by at least to a fourth, and believes that “imposing such a step backwards can only be achieved through the green dictatorship.”

The French physician even characterizes the militant activists as the “Khmer greens” and “green ayatollahs”, and reminds readers that the measures that are demanded by the greens will likely end up leading to more CO2 emissions rather than less because they are also demanding the shut down of nuclear power. If the nuclear power plants in France were to be shut down, fossil plants would need to be on standby and spring into action on sunless, windless days.

Alexandre implies that Greta Thunberg is unwittingly promoting “the interests of China and Russia” and that her demands would make us “highly dependent on rare metals needed for wind, solar and storage installations, of which China has a near-monopoly.”

The French urologist and book author describes Ms. Thunberg as “a shamefully manipulated victim” who needs to be protected, but adds that her radical ideas “must be attacked relentlessly”.

The tragedy of Greta Thunberg, Alexandre comments, is that “the child is all the more manipulable as her parents have made her disability public (which is irresponsible on their part)” and that as a doctor he believes that “revealing the neuropsychiatric state of minor children to the media should be a crime!”

We have known since Hans Asperger’s description of the syndrome in 1941 that Asperger’s children are sometimes brilliant but always fragile; instrumentalizing them is a moral fault.”

Finally, Alexandre comments that following the green path will backfire because it would “aggravate global warming, increase the waste of public money, lead to a regressive green dictatorship and put us at the mercy of China and Russia. All liberal democrats, all Raymond Aron’s heirs, must combat the deadly utopias it conveys.”