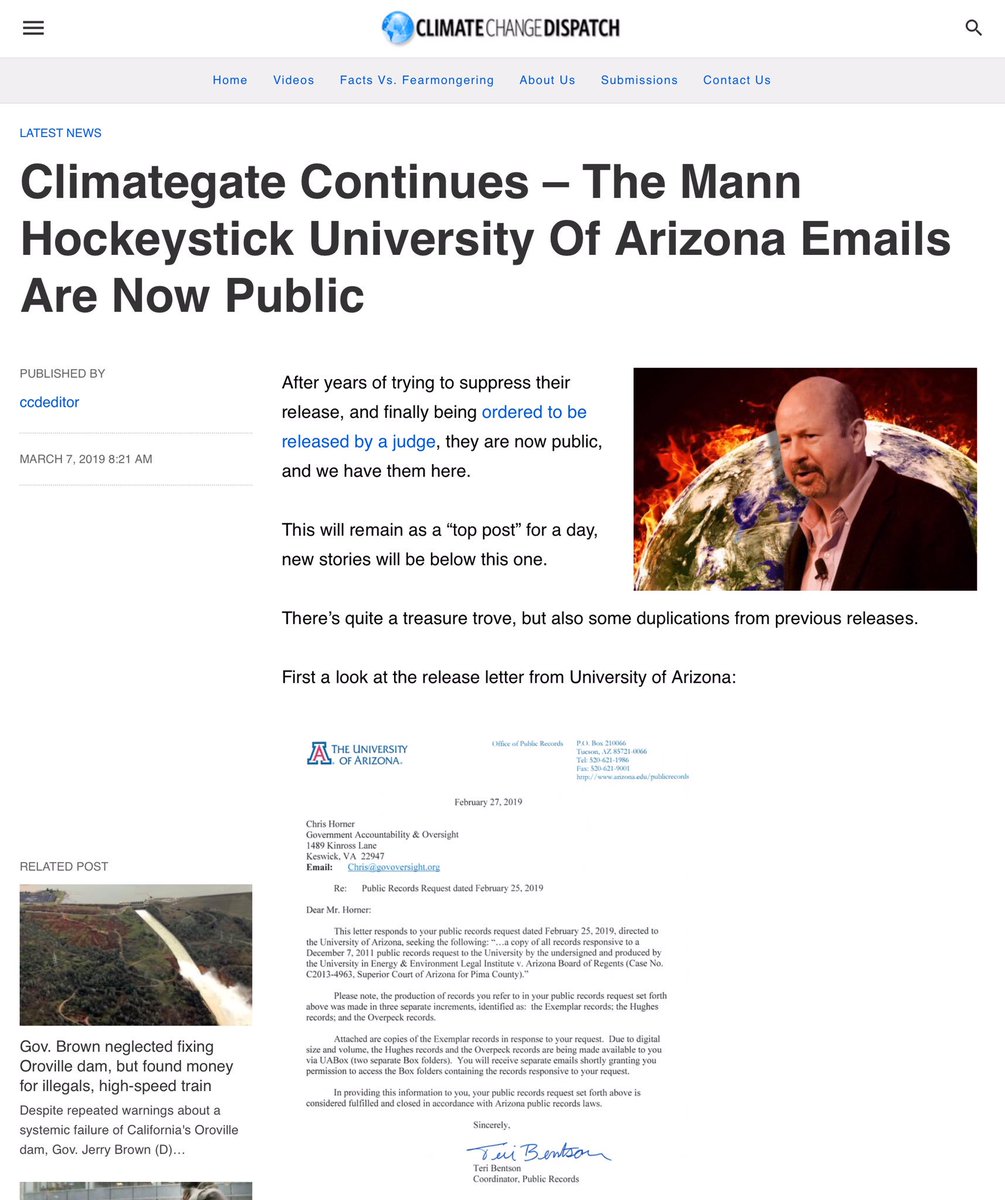 After years of trying to suppress their release, and finally being ordered to be released by a judge, they are now public, and we have them here. This will remain as a “top post” for a day, new stories will be below this one.

There’s quite a treasure trove, but also some duplications from previous releases.

First a look at the release letter from University of Arizona:

The files released cover emails from Michael Mann to Malcolm Hughes, Eugene Wahl, Caspar Amman, Ray Bradley, and Jonathan Overpeck. Plus there were additional requests for anything out of UEA (Phil Jones at CRU).

The FOIA request goes all the way back to December of 2011, it’s taken this long to get released. Mann fought the release all the way.

Here is a sample, where Keith Briffa of CRU says that Mann’s data (and others) do in fact show a Medieval Warm Period.

There’s further arguments from Keith Briffa about Mann’s data, along with Mann claiming that the “screening” process to decide whether or not to include certain proxy data is actually a good thing. There was some blowback a few years ago when it was discovered that Mann’s pre-screening really skewed the results in his favor….yet in these email exchanges, he thinks the process is “objective”:

Here’s Mann responding to the publication of the McIntyre and McKittrick paper in E&E:

There’s quite a bit to wade through, and some emails are duplicated from the original Climategate release.

I invite readers to read and review these documents, and to point out any items of interest in comments.