“The only way to get our society to truly change is to
frighten people with the possibility of a catastrophe.”
– emeritus professor Daniel Botkin

THE core objective of the $2,000,000,000,000 US per year (2 Trillion) Climate Crisis Industry has always been the centralised control of human beings and curtailment of free-market, capitalist ‘excesses’.

ENERGY rationing and the control of carbon dioxide (the direct byproduct of cheap, abundant hydrocarbon energy) key to the socialist Left’s Malthusian and misanthropic agenda of depopulation and deindustrialisation respectively. A totalitarian ideology enforced through punitive emissions controls under the guise of “Saving The Planet”.

STANFORD University and The Royal Society’s resident global warming alarmist and population freak Paul R. Ehrlich spelled out in 1976 the Left’s anti-energy agenda that has underpinned all ‘climate’ related scares to date :

THE creator, fabricator and proponent of global warming alarmism Maurice Strong, founded UNEP and ‘science’ arm, the UN IPCC, under the premise of studying only human (CO2) driven causes of climate change.

“Isn’t the only hope for the planet that the industrialized civilizations collapse? Isn’t it our responsiblity to bring that about?” – Maurice Strong, founder of the UN Environment Programme (UNEP)

“It is the responsibility of each human being today to choose between the force of darkness and the force of light. We must therefore transform our attitudes, and adopt a renewed respect for the superior laws of Divine Nature.“ – Maurice Strong, first Secretary General of UNEP

ABSOLUTE CONTROL OF YOU AND YOUR LIFESTYLE

LINDZEN’S summary goes to the very heart of why Carbon Dioxide has become the centre-piece of the global push for draconian climate policy :

“For a lot of people including the bureaucracy in Government and the environmental movement, the issue is power. It’s hard to imagine a better leverage point than carbon dioxide to assume control over a society. It’s essential to the production of energy, it’s essential to breathing. If you demonise it and gain control over it, you so-to-speak, control everything. That’s attractive to people. It’s been openly stated for over forty years that one should try to use this issue for a variety of purposes, ranging from North/South redistribution, to energy independence, to God knows what…”

MORE : CLIMATE CHANGE : It’s Easier To Fool People Than To Convince Them That They Have Been Fooled | Climatism

Does Alexandria Ocasio-Cortez want to get rid of farting cows?

THE resolution calls for a World War II-style mobilization effort to eliminate greenhouse gas emissions from agricultural operations. If that’s the case, that means any subsequent “Green New Deal” legislation would have to deal with a major source of methane emissions — cow flatulence and burps.

ONE of the standard alarmist claims is that Methane is 30 times more potent than CO2 at wrecking the climate, and that cow farts threaten the future of humanity.

Methane released in the atmosphere contributes much more to climate change than CO2.

No to Keystone. Yes to Crazy. – NYTimes.com

ACTUAL science calls ‘Bull’ (pardon the pun) on the relationship between Methane and the atmosphere, contradicting the widely circulated claims of a planetary Methane disaster prophesied by global warming alarmists.

Methane is unstable and breaks down quickly in the atmosphere, and even if it doubled would have essentially no impact on the greenhouse effect. In the tropics, the effect would be an increase in downwelling longwave radiation of about 0.04%.

If everyone in Kansas City was an atmospheric molecule, only one of them would be methane. Anyone working on climate models and doesn’t know this, is driving under the influence of AGW stupidity.

ALL of the minimal absorption bands of methane are completely overlapped by water vapor. Methane has almost no effect on the Earth’s radiative energy balance. 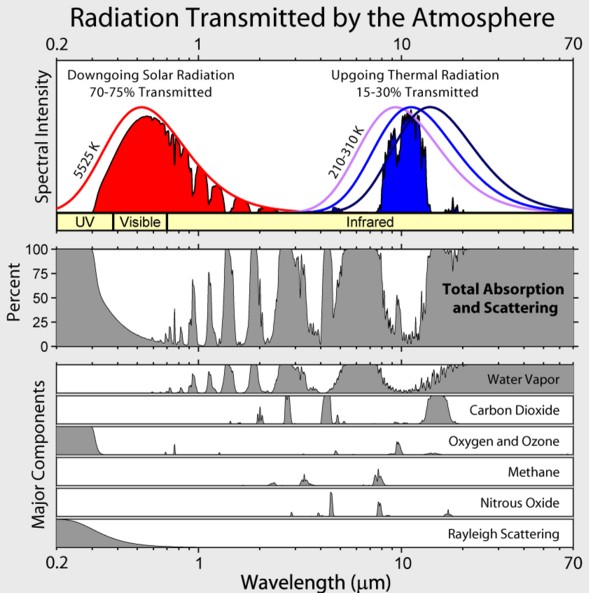 TONY HELLER (aka Steve Goddard) sums up the Methane scam with the usual snarky flare that has earned him the reputation of a climate alarmists worst nightmare!

Our friends, being the horses asses that they are, look only at the back end of livestock. The amount of carbon coming out of an animal’s orifices is exactly equal to the amount that went in its mouth. Blaming cows for global warming is yet another example of the extreme stupidity of the flat-earth global warming religion.

DON’T give up on your BBQ and that juicy rib-eye just yet. Actual ‘science’ and the truth will eventually win out over alarmist rhetoric, fear and the scourge of socialism using the perceived threat of  climate change as emotional cover.

STATE Of The Climate Report :

ORIGINS Of The Global Warming Scam :