So no matter what happens, the activists can claim with confidence the event was a predicted consequence of global warming. There is now no way to ever falsify global warming claims."

Here we go again. Climate activists are once again claiming that ‘global warming’ is making winters snowier and colder. See: Chicago’s record for coldest temperature ever could fall — But ‘Scientists say winters like these could become more common in the future due to climate change’

But a new book reveals the long history of climate activists making opposite predictions so they can always claim they “predicted it” correctly.

Another researcher, David Parker, of the UK’s Hadley Centre for Climate Prediction and Research, even went as far as to predict that British children would have only “virtual” experience of snow via films and the Internet.

The predictions of less snow by global warming scientists were ubiquitous—and dead wrong. The current decade, from 2010 forward, is now the snowiest decade ever recorded for the U.S. East Coast, according to meteorologist Joe D’Aleo. Talk about an inconvenient truth.

How did the warmist scientists explain record snow after they had predicted less snow? Easy. More snow is now caused by “climate change.” By 2013, after “global warming” had become “climate change,” snow at unusual times was evidence for the supposed man-made crisis. Senator Barbara Boxer, the chair of the Senate Environment and Public Works Committee claimed. “Yeah, it’s gonna get hot, but you’re also gonna to have snow in the summer in some places.”

Boxer seems to think any weather event can be made to fit the climate change narrative.Environmentalist George Monbiot had already tried to explain away the then record cold and snow in a column titled, “That snow outside is what global warming looks like.” Monbiot did his best to square the circle: “I can already hear the howls of execration: now you’re claiming that this cooling is the result of warming! Well, yes, it could be.” Monbiot asked, “So why wasn’t this predicted by climate scientists? Actually, it was, and we missed it.”

The December 26, 2010, New York Times featured an op-ed with the headline “Bundle Up, It’s Global Warming,” claiming, “Overall warming of the atmosphere is actually creating cold-weather extremes.” Even former Vice President Al Gore, who had claimed in his Oscar-winning film in 2006 that all the snow on Mount Kilimanjaro would melt “within the decade,” got into the act. Never once in An Inconvenient Truth had Gore warned of record cold and increasing snowfalls as a consequence of man-made global warming. As late as 2009, the Environmental News Service was reporting on Gore’s hyping the lack of snow as evidence for man-made global warming: “Gore Reports Snow and Ice Across the World Vanishing Quickly.”

But then, after massive snowstorms hit the United States in 2010, Gore claimed that “increased heavy snowfalls are completely consistent with…man-made global warming.” UN IPCC lead author and Princeton University physicist Michael Oppenheimer had also exploited years of low snowfall totals to drive home the global warming narrative. He was quoted in a 2000 New York Times article: “‘I bought a sled in ’96 for my daughter,’ said Michael Oppenheimer, a scientist at the nonprofit Environmental Defense Fund. ‘It’s been sitting in the stairwell and hasn’t been used. I used to go sledding all the time. It’s one of my most vivid and pleasant memories as a kid, hauling the sled out to Cunningham Park in Queens.’… Dr. Oppenheimer, among other ecologists, points to global warming as perhaps the most significant long-term factor” explaining why, in the words of the New York Times reporter, “Sledding and snowball fights are as out-of-date as hoop-rolling.”

When I confronted Oppenheimer about his sled comment following his appearance at a 2014 Congressional hearing, my interview was cut short. I asked, “In 2000 New York Times, you mentioned you bought your daughter a sled, but she hadn’t been able to use it…”

Oppenheimer’s aide intervened to say, “I’m sorry, but Dr. Oppenheimer has to testify.”

★★★★★
He Got the MemoNBC weatherman Al Roker obviously got the “climate change” memo. “This is global warming even though it’s freezing?” Larry King asked Roker in 2015.“Right, well, that’s why I don’t like the phrase ‘Global Warming.’ I like ‘Climate Change,’” the weatherman explained.The message went from global warming causes less snow to climate change causes more snow.
“So Boston at this point, is in number two snowiest winter,” Larry King asked just before Boston broke the record for it snowiest winter on record, in 2015. “Is this all part of Climate change?” Roker did not flinch. “I think it is,” he answered.
…
So no matter what happens, the activists can claim with confidence the event was a predicted consequence of global warming. There is now no way to ever falsify global warming claims. 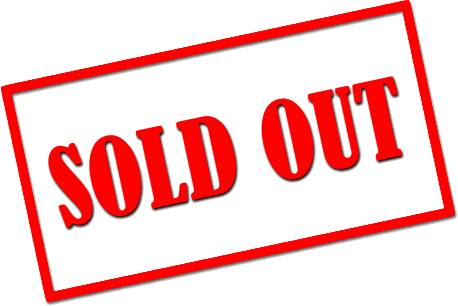 Sold out! Amazon.com sells out of ‘The Politically Incorrect Guide to Climate Change’! – Designated a ‘Best Seller’