BEING careful not to confuse ‘weather’ with ‘climate’, even though our warmist friends have no problem finding a direct link between heatwaves and ‘climate change’, every summer, there’s no escaping the irony of cancelling a snow festival due to extreme cold in the era of extreme climate change alarmism!

THE extreme irony highlighted by a support comment from Christine Muschi of the Montreal Gazette, before the cancellation – “It’s never too cold for Fete des Neige…”!

ORGANISERS disagree with Christine’s optimism and have cancelled the event on Sunday due to extreme cold and snow conditions :

“Although the majority of the Fête’s activities can be held despite difficult winter conditions, blowing snow, freezing cold, wind gusts and dangerous roads are all factors that have influenced our decision,” François Carier, director of marketing, business development and communications at Parc Jean-Drapeau, said in a statement.”

While you were sleeping: Fête des neiges disrupted by titular snow | Montreal Gazette

CBC with the story on today’s cancellation :

The annual Fête des neiges at Parc Jean-Drapeau is cancelled today due to the extreme cold and winter storm warning.

This is the first time in 10 years that activities for the winter festival have been cancelled due to weather, according to a statement from François Cartier, director of marketing and communications for the Société du parc Jean-Drapeau.

Cartier said that the decision was made in an effort to maintain the safety of the public as well as employees and volunteers who make the festival possible.

The events, which run until Feb. 10, will restart Saturday Jan. 26.

This is the 36th edition of the Fête des neiges.

Environment Canada issued a winter storm warning for the greater Montreal area and predicted as much as 20 or 25 cm of snowfall though Sunday.

Temperatures are expected to dip as low as -35 C (with windchill) and the weather agency is warning that there is a frostbite risk.

MEANWHILE, Justin Trudeau and environment minister Catherine McKenna campaign for a Carbon Tax to stop ‘Global Warming’ or ‘Climate Change’, or something…

HOW does wrecking your economy with a #CarbonTAX and then redistributing $307 to ‘families’ stop bad weather??

YOU #climate-theory-obsessed buffoons are so dumb.

Climate change is real. At his town hall in St. Catharines this week — where a family of four will receive a Climate Action Incentive of $307 when they file their taxes this year — @JustinTrudeau spoke about our plan to fight climate change while ensuring families are better off. 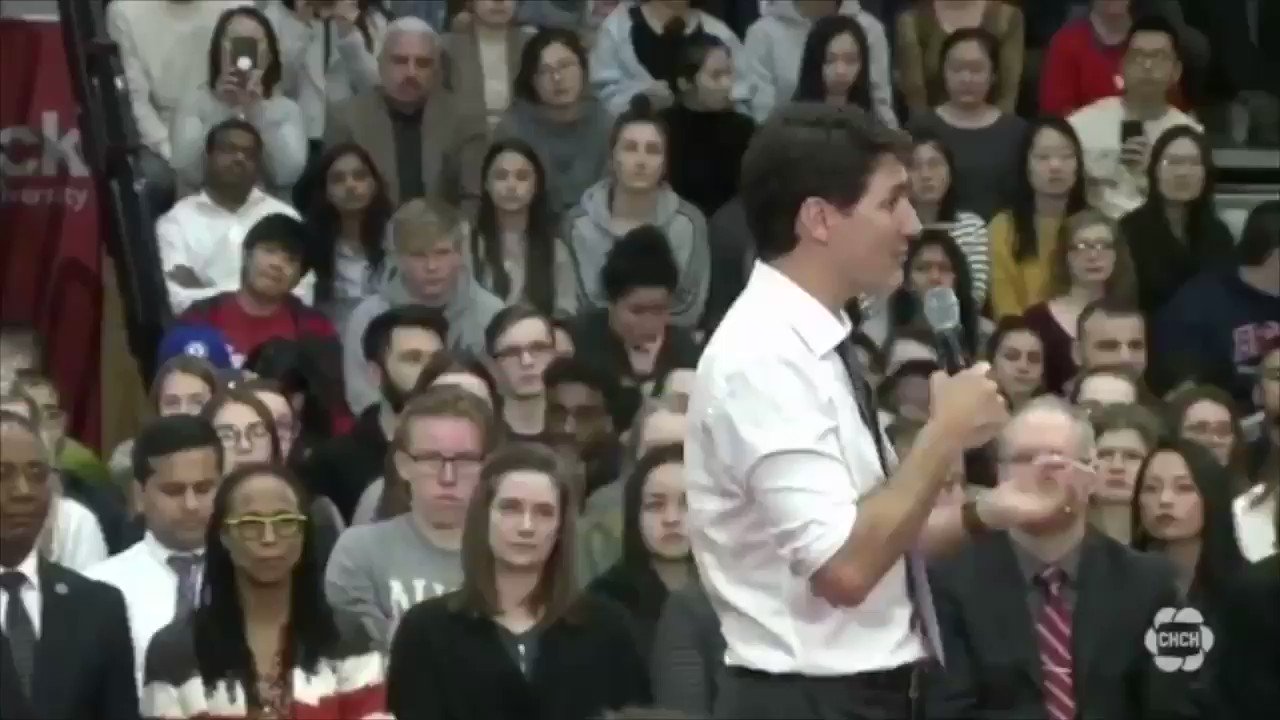 80 people are talking about this
#
Get the new best selling and award winning skeptical climate book that debunks the climate fear movement and educate yourself on the coming climate ‘solutions’ push in Congress.
The Politically Incorrect Guide to Climate Change – Available at Amazon & Barnes & Noble & Walmart