Trump to UN: Climate rules written, but we’re still out 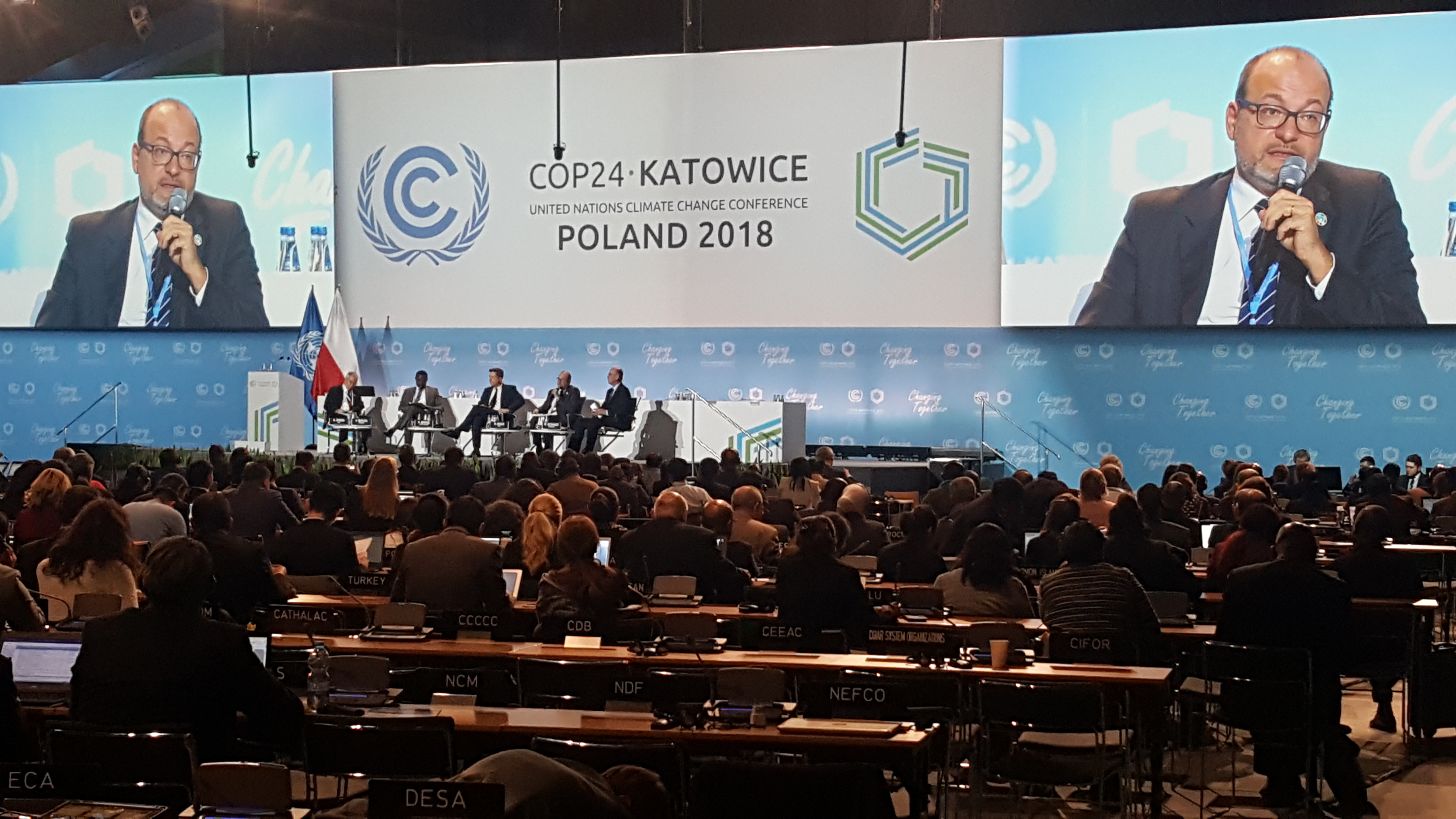 Trump to UN:
Rules written, but we’re still out

By Craig Rucker – CFACT
At COP 24, the UN climate conference in Katowice Poland, the United States played a leading role in “writing the rule book” for the Paris climate agreement, but also made clear its intention to exit the agreement as soon as possible.

The key issues were consistency and transparency.  The U.S. led the effort to make emissions reporting consistent no matter which nation is reporting, and to make the process as open as possible.  Follow the UN conference outcome at CFACT.org.

China continued to hold out for differentiated responsibilities, calling on developed nations to “pay their climate debt.”  China asserts that it should be treated as a developing nation under the agreement and therefore given a pass on emissions reductions obligations, despite it being the world’s largest emitter.  When listening to China we are always reminded of one of our favorite headlines from the parody site The Onion, “China Vows To Begin Aggressively Falsifying Air Pollution Numbers.“

Assistant Secretary of State Judith Garber made the official statement for  the U.S. delegation which powerfully reiterated President Trump’s determination to withdraw.  Read the full official U.S. statement at CFACT.org.As President Trump announced last year, the United States intends to withdraw from the Paris Agreement, absent the identification of terms that are more favorable to the American people…

The global climate conversation needs to embrace not only aspiration but today’s reality. The U.S. approach incorporates the realities of the global energy mix and uses all energy sources and technologies as cleanly and efficiently as possible, including fossils fuels, nuclear energy, and renewable energy…

This diverse energy portfolio is possible thanks to early stage research and development and private sector finance and innovation.

The UN never succeeded in getting the latest report from the UN science body, the IPCC, adopted as fully as it wished.  The U.S., Russia, Saudi Arabia and Kuwait objected to “welcoming” the IPCC report.  The UN had to settle for language welcoming the “completion” of the report, finishing a bizarre war of words.

Radical climate campaigners were disappointed they did not get a great deal more.  For instance, they continue to push for developed nations to accept liability for “loss and damage” suffered by developing nations from weather events.  The COP 24 outcome alludes to loss and damage, but stops well short of mandating redistribution.  It leaves the issue open for future discussion.  Rest assured, the dangerous concept of “loss and damage,” will be back.

Here’s a reality check.  Since the Paris Agreement was adopted, China, India, Europe and others have continued to increase their emissions.  The United States, thanks to natural gas from its shale energy revolution, has made the greatest emissions reductions.

Throttling down efficient energy resources in developing nations, at the same time that China, India and others are building coal plants as fast as their economies will allow, will do nothing to alter the future temperature of the Earth.  That is even if climate computer models were spot on accurate, which they have never come close to being.  The shift would come not in emissions, but rather in manufacturing, as lower energy costs push companies to make their products in nations such as China, over producing in the West.

If the Trump climate test remains in place, requiring terms favorable to the American people, America should get out, stay out, and others should follow.