Oh No, not again! CNN headline: US undermining ‘last chance’ climate talks — But every climate summit is hailed as the ‘last chance!’

The reality is that every UN climate summit is hailed as the last opportunity to stop global warming.

Here we go again. Another year, another UN climate summit and another claim that this years climate summit is our “last chance” to save the world from “global warming.”

CNN: US undermining ‘last chance’ at Poland climate talks, experts charge – Excerpt: Greta Thunberg, a 15-year-old activist from Stockholm, Sweden. She was among those who disrupted the US event. “This is a very important meeting,” she said of COP24. “People I talk to say this is our last chance. And if we don’t get this straight at this meeting, then we’re screwed.” 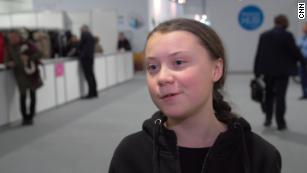 The new 2018 book, “The Politically Incorrect Guide to Climate Change”, By Marc Morano, features an entire section in Chapter 13, “The Ever-Receiving Tipping Point.”

Excerpt from page 220 of the book:

The Last Chance
Michael Mann warned that the 2015 UN Paris summit “is probably the last chance” to address climate change.38 But the reality is that every UN climate summit is hailed as the last opportunity to stop global warming.

★★★★★
New Lyrics to an Old Tune
Newsweek magazine weighed in with its own tipping point: “The longer the planners delay, the more difficult will they find
it to cope with climatic change once the results become grim reality.” That warning appeared in an April 28, 1975, article
about global cooling! Same rhetoric, different eco-scare.

Here, courtesy of the great research published at Climate Change Predictions, is a sampling of previous “last chance” deadlines that turned out to be—well—not the last chance after all.

Montreal, 2005: “Climate campaigner Mark Lynas warned ‘with time running out for the global climate, your meeting in
Montreal represents a last chance for action.’” —Independent, November 28, 2005

Bali, 2007: “World leaders will converge on Bali today for the start of negotiations which experts say could be the last chance to save the Earth from catastrophic climate change.” —New Zealand Herald, December 3, 2007.

Poznan, Poland, 2008: “Australian environmental scientist Tim Flannery warned, ‘This round of negotiations is likely to be our last chance as a species to deal with the problem.’” —Age, December 9, 2008

Copenhagen, 2009: “European Union Environment Commissioner Stavros Dimas told a climate conference that it was ‘the world’s last chance to stop climate change before it passes the point of no return.’” —Reuters, February 27, 2009

Durban, 2011: “Durban climate change meeting is “the last chance.” Attended by over 200 countries, this week’s major UN conference has been described by many experts as humanity’s last chance to avert the disastrous effects of climate change.” —UCA News, November 28, 2011

Every UN Climate Summit Hailed as ‘Last Chance’ To Stop ‘Global Warming’ Before It’s Too Late – Previous ‘last chance’ deadlines turned out to be — well — not the ‘last chance’ after all.

the public is once again being warned that this meeting will represent the “last chance” for nations to act on “global warming” before it’s allegedly too late.

Flashback 2015: Media reports are touting “Paris is the last chance”.

We are also being told once again that the UN climate summit in Paris later this month, will be humanities “last chance” to “solve” global warming — or else.

Here is a sampling of previous “last chance” deadlines that turned out to be — well — not the “last chance” after all. (Courtesy the great research by http://climatechangepredictions.org/)

Last chance! – Bonn, 2001 – A Global Warming Treaty’s Last Chance. That teetering edifice that is the Kyoto Protocol gets some emergency repair work this week as delegates from 180 countries gather in Bonn to work out problems that threaten to scuttle the deal altogether. – Time Magazine, 16 Jul 2001

Last chance! – Montreal, 2005 – In an open letter to delegates at the Montreal environmental summit, beginning today, campaigner Mark Lynas explains why action on climate change can no longer be stalled. “I’m scared. For 15 years I’ve watched international progress on climate change get slower and slower, even while the pace of global warming seems to get ever more rapid. With time running out for the global climate, your meeting in Montreal represents a last chance for action.” – The Independent, 28 Nov 2005

………………………………….
2007: Philip Clapp, head of the Washington-based National Environment Trust, says: “Fifteen years of international negotiations have not yet produced a comprehensive agreement that will get developed countries to begin serious reductions.”He adds: “The framework for such an agreement must come out of the Bali meeting. The scientists are telling us that this is the world’s last shot at avoiding the worst consequences of global warming.” – The Independent, 2 Dec 2007
………………………………….
2008: Humanity is approaching the last chance to prevent catastrophic climate change, according to WWF’s analysis of the latest climate science.The warning comes during UN climate talks in Poznan, Poland.“Governments in Poznan must agree to peak and decline global emissions well before 2020 to give people reasonable hope that global warming can still be kept within limits that prevent the worst,” said Kim Carstensen, leader of WWF’s global climate initiative. – WWF, “Poznan provides last chance to curb climate change” 5 Dec 2008
………………………………….
2009: Ban Ki-moon, the United Nations Secretary-General, has warned of “catastrophic consequences” unless a new international agreement on greenhouse gas emissions is reached.Climate change is “simply the greatest collective challenge we face as a human family”, Mr Ban said in a speech on Monday in Seoul. He urged international leaders to reach a deal to limit their countries’ carbon emissions at the UN climate conference in Copenhagen in December. – The Telegraph, 10 Aug 2009

………………………………….
2009: “No one said the road to Copenhagen would be easy. But the agreement we all hope to reach in Copenhagen next year represents the last chance to bring climate change under control before it is too late. There is progress, but we need to step up the pace. With resolve, cooperation and imagination, we can conclude an agreement at the end of next year, delivering the ambitious global action that is needed.”
Speech by Stavros Dimas, European Commissioner responsible for environment at a Climate Change Conference, 31 October 2008, Prague

………………………………….
2009: The Copenhagen summit is the world’s last chance to save the planet from “catastrophic” global warming, according to a major study led by Lord Stern of Brentford, the country’s leading authority on climate change.Without an international agreement to limit global warming, temperatures are likely to rise by 9F (5C) by the end of the century – triggering mass migration, warfare and world hunger, according to the report. – The Telegraph, 2 Dec 2009
Last chance! – Durban, 2011 – Rev. Dr. Olav Fyske Tveit, who leads the World Council of Churches, says the upcoming climate conference in South Africa is mankind’s ‘last opportunity’ to address climate change. This week the World Council of Churches general secretary, Reverend Dr Olav Fykse Tveit, called the United Nations UNFCCC COP 17 meeting a “last opportunity for the international community to be responsible in addressing climate change”, and called on the meeting to “act now for climate justice.” – Spero News, 27 Nov 2011
………………………………….
2011: Durban climate change meeting is “the last chance”. Attended by over 200 countries, this week’s major UN conference has been described by many experts as humanity’s last chance to avert the disastrous effects of climate change.Together with around 20 000 delegates from nearly 200 countries, Ferrial Adam, the climate change and energy campaigner for Greenpeace Africa, will be attending the 17th Conference of the Parties (COP17) to the UN Framework Convention on Climate Change, which gets under way in Durban in the next two weeks, towards negotiating a new climate regime. – UCANews, 28 Nov 2011
1997 Kyoto – Kyoto Report deja vue

“Bill Clinton is dishonest,” according to the Right Honorable John Gummer, former Minister of the Environment for the United Kingdom (UK), Member of Parliament and a lead delegate to COP III representing the European Union (EU). To come around now and require participation by the developing countries is sheer dishonesty.”
Robert Watson, newly elected President of the Intergovernmental Panel on Climate Change (IPCC) was asked in a press briefing about the growing number of climate scientists who challenge the conclusions of the UN that man-induced global warming is real and promises cataclysmic consequences. Watson responded by denigrating all dissenting scientists as pawns of the fossil fuel industry. “The science is settled” he said, and “we’re not going to reopen it here.” With that, the issue of science was omitted from any discussion at the proceedings.
The media and the UN have conspired to orchestrate the most comprehensive propaganda campaign since Joseph Goebbels tried to prepare the world for Hitler’s brand of global governance. In Japan, as was the case in Bonn and in Geneva throughout the year, CNN has become a 24-hour per day propaganda mill for the UN, using unconscionable scare-tactics in support of the Climate Change Treaty. Throughout the day and night, promotional spots for their “global warming” special fills the air waves, featuring hurricanes, floods, drought, storms, and all manner of other calamities.“
1998
https://www.theatlantic.com/magazine/archive/1998/05/running-out-of-time/308314/

Running out of Time –The fate of our planet will be determined in the next few decades, through our technological, lifestyle, and population choices. Bill McKibben
1999
https://www.politico.eu/article/time-is-running-out-for-agreement-on-how-to-combat-climate-change/
Whatever solution is finally agreed, it is clear that time is running out both for EU members and the other signatories to the Kyoto deal. They have given themselves until the end of next year to decide how to meet their reductions pledges. If they fail to reach agreement by then, it will be too late for any measures which are introduced to have the desired impact by 2012.

https://edition.cnn.com/2001/TECH/science/11/09/climate.morocco/index.html?related
Time running out for climate talks
2004
https://www.theguardian.com/environment/2004/dec/16/business.climatechange
“Time is running out for nature and wildlife around the world”, said Jennifer Morgan of campaign group WWF, which issued a report this week highlighting the dramatic effect that a rise of 0.7 degrees Celsius has had on the world’s ecosystems over the last century. (Morgan is now CEO of Greenpeace).
2005 Montreal Kyoto Ratification
2006
https://www.irishtimes.com/opinion/time-running-out-for-stopping-climate-change-1.1030945
Time is running out. The Kyoto Protocol on Climate Change – the only international instrument we have so far to deal with this critical issue facing humanity – only covers the period 2008-2012 and was designed merely to cut greenhouse gas emissions from 35 developed countries by an average of 5 per cent.
2007
http://wildsingapore.com/news/20070304/070428-5.htm
Time is running out to cut the greenhouse-gas emissions that drive climate change

https://www.reuters.com/article/idINIndia-41656220090810
“Time is running out,” Yvo de Boer, head of the U.N. Climate Change Secretariat, told Reuters in a conference hall where a large clock is ticking down the 118 days left until a meeting of environment ministers in Copenhagen in December. “We are absolutely not on track” to stay below two degrees Celsius, de Boer said.
Temperatures have risen by 0.7 Celsius in the past century and the U.N. Climate Panel projects further rises that will spur heatwaves, droughts, floods, and raise world sea levels.
2011
https://www.reuters.com/article/us-durban-climate-idUSTRE7AO0IQ20111125
Time is quickly running out to strike a deal at global climate talks to save a Kyoto Protocol in its death throes and make major cuts in the greenhouse gas emissions that scientists blame for rising temperatures, wilder weather and crop failures.
2012
https://www.standard.co.uk/news/uk/time-running-out-for-climate-deal-6377289.html
Europe is still pushing for a strong deal on global warming as the latest international climate talks overrun, but time is running out to secure a “credible” agreement, UK ministers have warned.

Obama addressed the talks, saying: “There is no time to waste. … We must choose action over inaction; the future over the past.” A leaked U.N. document shows that a huge gap remains between the amount of emissions cuts that nations have pledged thus far and what is needed to keep global temperature rise below 2°C – a level scientists say would be a tipping point for runaway climate change.
2017

Climate leadership begins at home – time is running out
2021
https://www.independent.co.uk/climate-change/news/climate-targets-paris-agreement-cop26-b1919913.html
‘Time is running out’: Researchers warn climate progress has stalled as only one country doing enough to meet 1.5C target

https://www.vaticannews.va/en/pope/news/2021-11/pope-warns-of-god-s-judgment-for-failure-to-care-for-creation.html
“Time is running out,” Pope Francis said in a Letter to the Catholics of Scotland, made public earlier this week by the Archdiocese of Glasgow.