French President Emmanuel Macron decided to scrap the planned carbon tax on fuels after weeks of protests rocked Paris and other major cities across the country.

An Élysée Palace official told The Associated Press Wednesday that “the president decided to get rid of the tax.”

Macron’s decision comes one day after the government announced plans to delay implementing the carbon taxes for six months. The fuel taxes were meant to go into effect in January as part of France’s plan to fight global warming.

Prime Minister Edouard Philippe told French lawmakers the carbon tax “is now abandoned.”  Phillippe said the government is “ready for dialogue” on what the next steps will be. (RELATED: France May Be Ahead Of The Curve When It Comes To Global Warming Policy Backlash)

Thousands of protesters called “yellow vests” took to the streets to protest the carbon taxes, which would have added 33 cents to a gallon of diesel and 17 cents for a gallon of gasoline.

Taxes already make up about 60 percent of the price of fuel in France. The average cost to fill a tank in France runs about $7 per gallon. 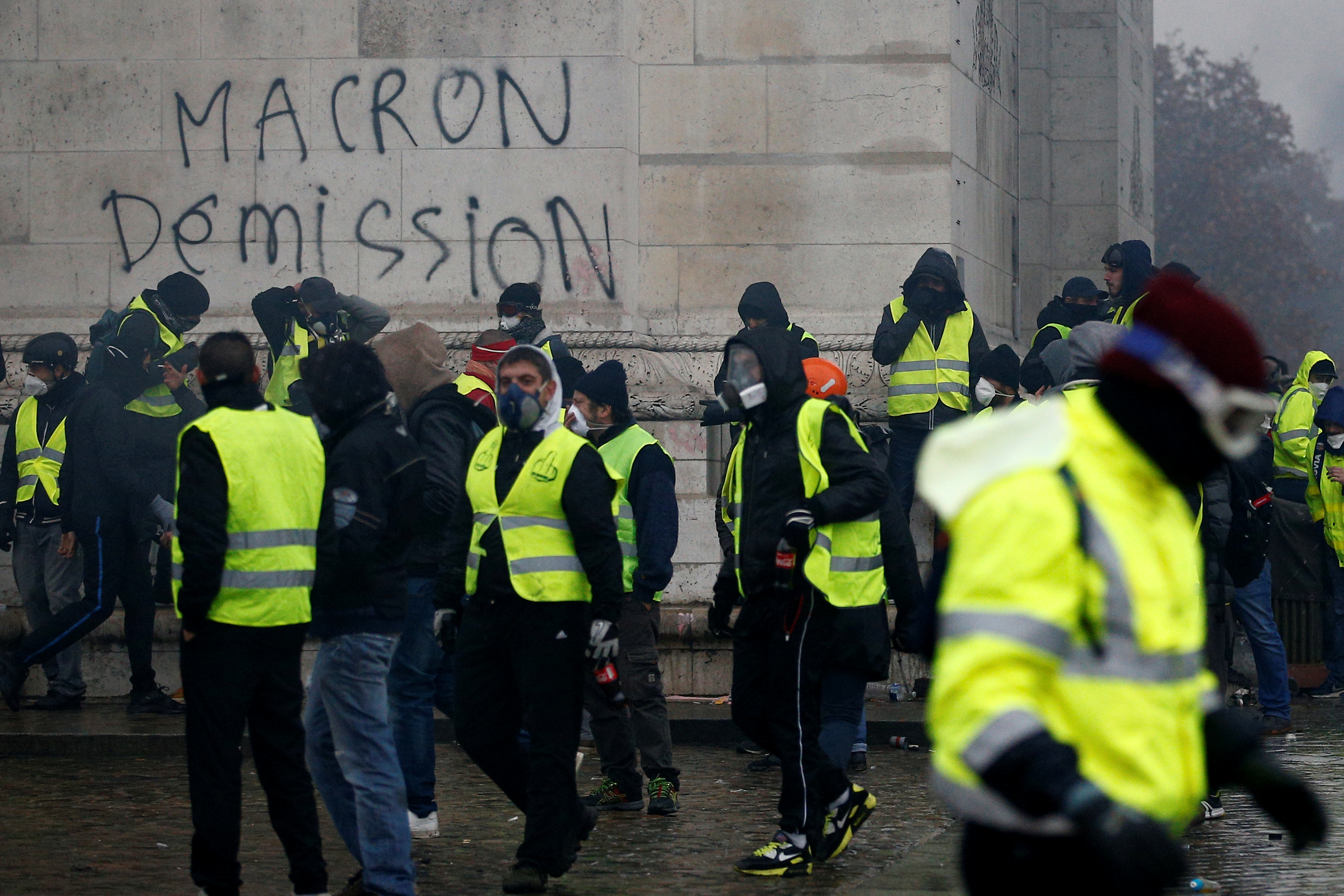 The message “Macron Resign” is seen on the Arc de Triomphe as protesters wearing yellow vests, a symbol of a drivers’ protest against higher diesel taxes, demonstrate at the Place de l’Etoile in Paris, France, December 1, 2018. REUTERS/Stephane Mahe.

The protests, the worst to hit Paris in 50 years, were also fueled by years of pent-up resentment against Macron’s policies. At least four people were killed in the rioting and hundreds were arrested.

Macron initially resisted any compromise with protesters, criticizing them for wanting to help the environment but not want to pay for it. Macron’s government already raised carbon taxes on fuel earlier this year.