Two people have been killed in road accidents and some 600 people injured in the two weeks since France’s ‘yellow vest’ protests began as a grassroots campaign against rising fuel prices.

But the survey, conducted by Odoxa-Dentsu Consulting for Le Figaro daily and France Info radio, showed that 84 per cent of respondents think the anti-fuel tax protests are “justified,” up 10 percentage points in two weeks.

The poll also showed that 78 per cent of French people are “not convinced” by President Emmanuel Macron’s plans for a swift “ecological transition” towards cleaner energy.

Seventy-nine per cent said he should abandon the controversial fuel tax, which he has repeatedly argued is needed to wean France off fossil fuels.

In addition, 75 per cent of respondents said the increase in diesel tax and petrol tax in January would “accentuate inequalities,” while 73 per cent said the hikes would dent household buying power.

Fifty-five per cent of those polled said the so-called “green” tax on fossil fuels would not help solve climate change.

Gaël Sliman, president of the Odoxa polling institute, told Le Figaro, said: “Neither the images of the protest violence, nor Mr Macron’s concessions have eroded support for the movement. On the contrary, his efforts to quell tensions over the tax hikes have only served to exacerbate people’s anger.”

For nearly two weeks, yellow vests – so-called because they wear high-visibility jackets – have paralysed traffic across France and blocked off access to some fuel depots, shopping centres and factories in protest against the tax hikes they say have gnawed away at their spending power.

The price of diesel – the most commonly used car fuel in France – at the pump has increased by around 20 per cent in the past 12 months to an average of 1.49 euros (£1.33)/litre. Some of the increase is due to rising global oil prices earlier in the year.

Two people have been killed and more than 600 injured since the wave of sometimes violent protests began on November 17. 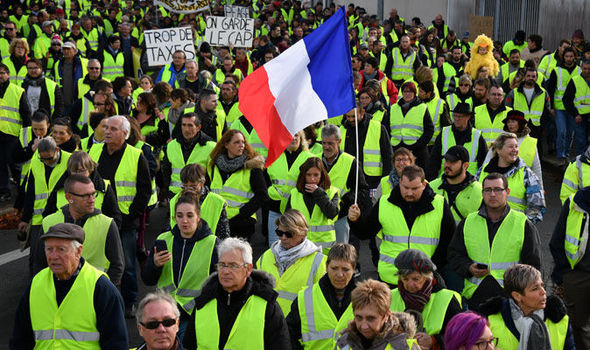 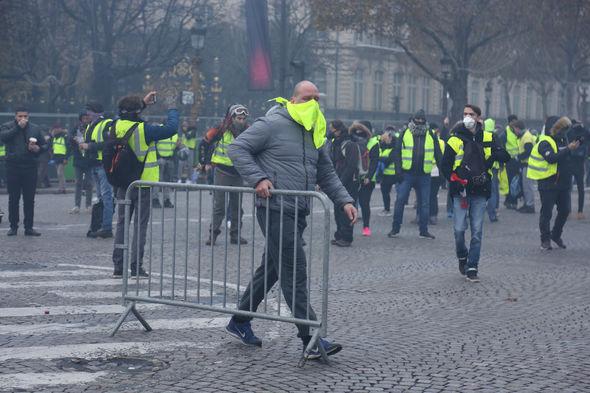 The protests have been going on for 2 weeks, and have seen 2 people killed and around 600 injured (Image: Getty) 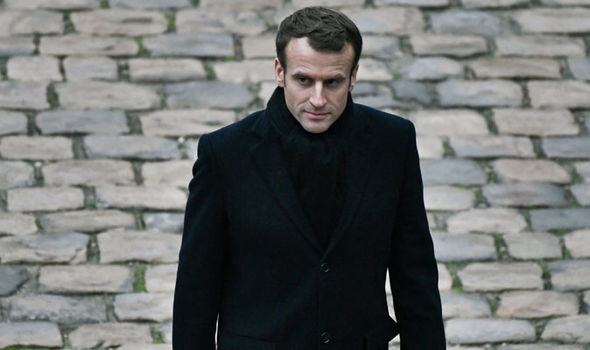 A recent poll showed that 78% of French are not convinced of President Macron’s plan (Image: Getty)

The yellow vests have called for a third weekend of protests in Paris via a Facebook page called “Act 3 Macron resigns!”. They have urged demonstrators to converge on the Champs-Elysées, the capital’s main shopping boulevard.

The unrest had destabilised Mr Macron as he tries to fight back against plummeting poll numbers and accusations he is out of touch with reality.