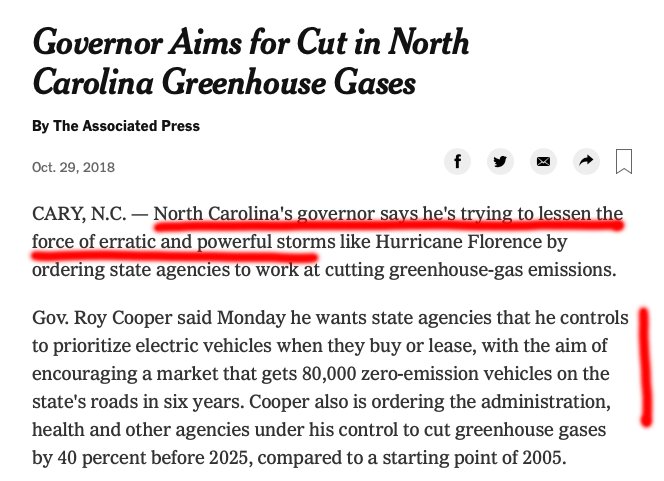 Gov. Roy Cooper said Monday he wants state agencies that he controls to prioritize electric vehicles when they buy or lease, with the aim of encouraging a market that gets 80,000 zero-emission vehicles on the state’s roads in six years. Cooper also is ordering the administration, health and other agencies under his control to cut greenhouse gases by 40 percent before 2025, compared to a starting point of 2005.

Cooper last year responded to President Donald Trump withdrawing the U.S. from a worldwide climate agreement by joining with 14 other states that pledged to keep pursuing their share of the U.S. targets.