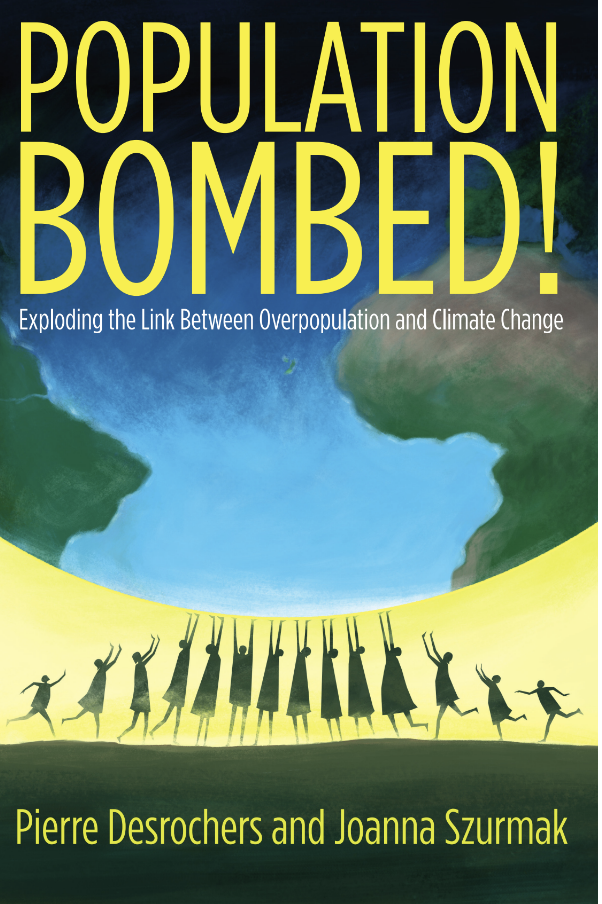 Many scholars, activists and policy-makers argue that improving the living conditions of a growing population can only result in unsustainable increases in greenhouse gas emissions. Because some economic and climate models suggest that having fewer children is the best way to reduce overall environmental impact, curbing population growth is now promoted as the most effective way to prevent dangerous climate change.

In their new book Population Bombed! Exploding the Link Between Overpopulation and Climate Change authors Pierre Desrochers and Joanna Szurmak challenge the models and assumptions upon which the new population control narrative is built.

They further argue to the contrary that economic development, population growth and the increased use of carbon fuels (coal, petroleum, natural gas) is the only practical way, now and in the near future, to raise living standards worldwide, to build resilience against any downsides of increased anthropogenic greenhouse gas emissions, and to make possible a sustained reduction of humanity’s impact on its environment.

About the publisher: The Global Warming Policy Foundation is an all-party and non-party think tank and a registered educational charity which, while open-minded on the contested science of global warming, is deeply concerned about the costs and other implications of many of the policies currently being advocated.