The much anticipated, annual DNC meeting in Chicago has kicked off and thus far it’s providing at least some of the fireworks we’ve been anticipating for a while now. We previously covered two of the main bones of contention which are expected to at least add some internal drama to the affair, as Democrats nervously plan for their big blue wave this fall. One item which has yet to hit the floor is the ongoing debate over restrictions on the Democrats’ superdelegates (which we’ll get to in a moment). The other was the reversal of a proposed ban on accepting dirty fossil fuel related campaign contributions earlier this summer.

It was the latter subject which reared its head in the early hours of the meeting. We saw some indications of how the base felt about DNC Chairman Tom Perez taking a more “pragmatic” approach to allowing such donations when protesters upset the overall tone of harmonyduring the meeting of the Resolutions Committee. 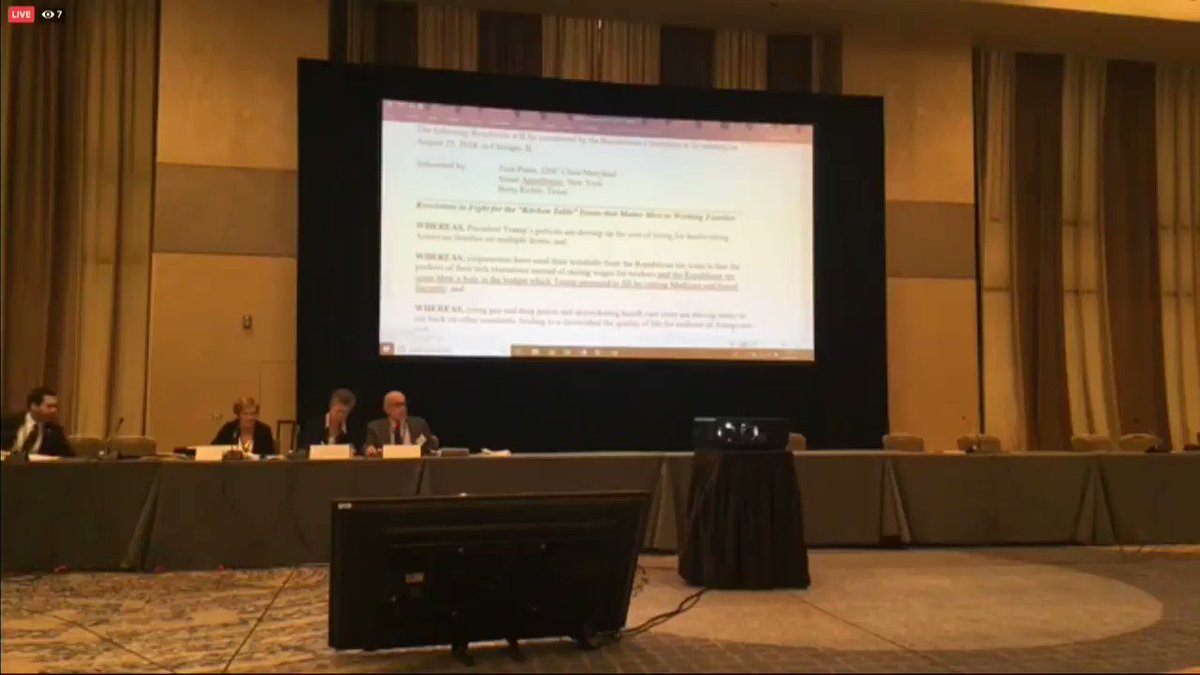 Here’s the video of some of the disruptions. It seems that the base isn’t much on pragmatism this year.