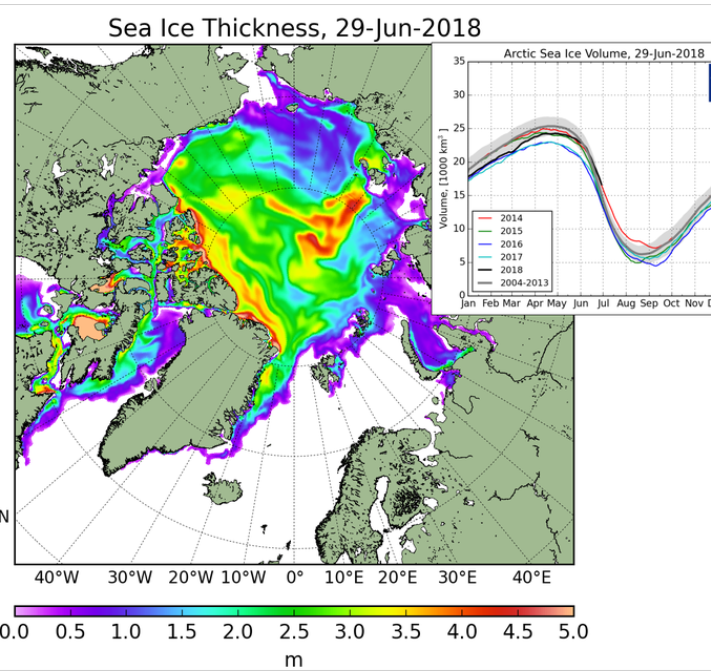 The following Arctic sea ice area chart from the Bremerhaven-based Alfred-Wegener Institute shows a current sea ice area that is about 1 million square kilometers below the mean.

But don’t let the lower than normal sea ice area fool you into thinking the ice is disappearing, and that the alarmist climate scientists are right. They aren’t.

In turns out that the ice is far thicker than it’s been over the past years, and so total ice volume, which is what really counts, is rebounding impressively, according the most recent data.

Japanese skeptic blogger Kirye at posted at Twitter: “The current #Arctic sea ice volume has been the 3rd highest in 16 years since June 24, 2018, according to the DMI.”

The chart from the Danish Meteorological Institute (DMI) shows that the Arctic ice volume on June 29 was dead normal:

Moreover, Arctic sea ice thickness is well above what was observed 10 years earlier, in 2008.

Charting the Arctic ice volume for June 26, we see that it has reached its highest level in 13 years: Clearly Arctic sea ice has stabilized over the past 10 years and it is nowhere near disappearing, as a number of hysterical scientists were predicting just 10 or 12 years ago.

So now expect global warming alarmists to ignore the Arctic and to focus on weather anecdotes to keep their climate catastrophe scam going. 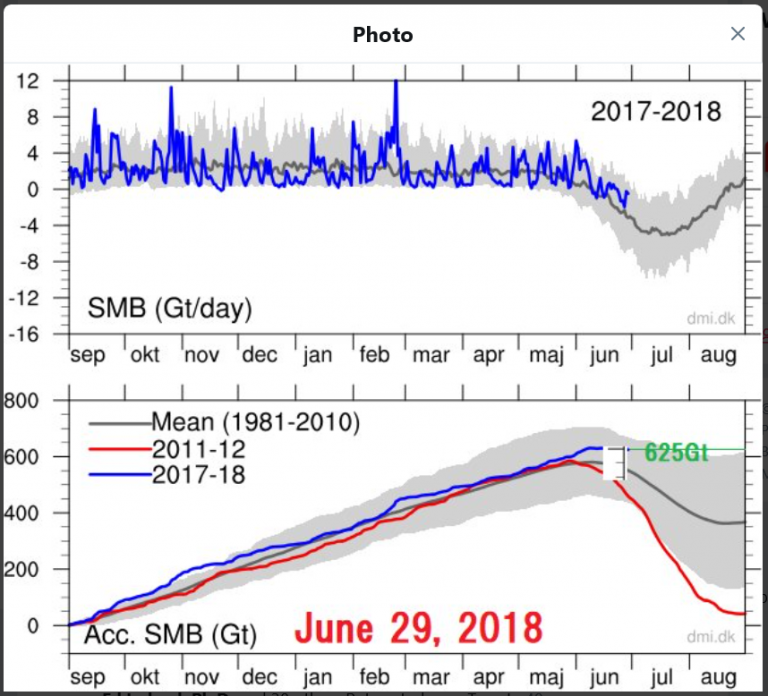 No climate canary in a coalmine detectable here.

This year is also seeing the James Bay and Hudson Bay still almost completely covered with ice on June 30, as the following CDAS chart shows: 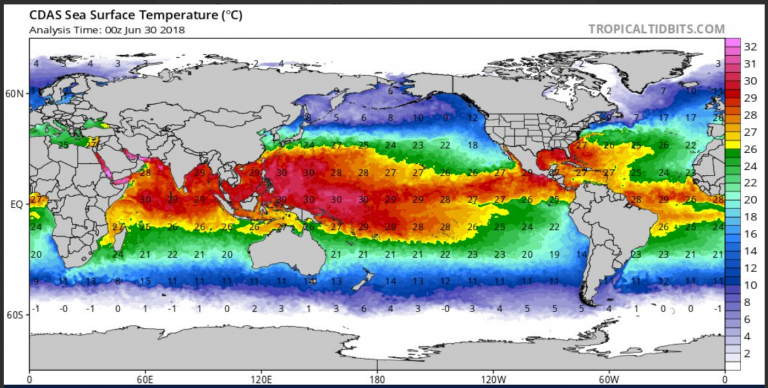 So what could be behind the slow ice melt in northeastern Canada, growing Arctic ice volume, and Greenland ice mass?

One major factor is likely the much colder than normal north Atlantic sea surface temperature that’s keeping the region refrigerated.

The following chart shows the anomaly from the mean: 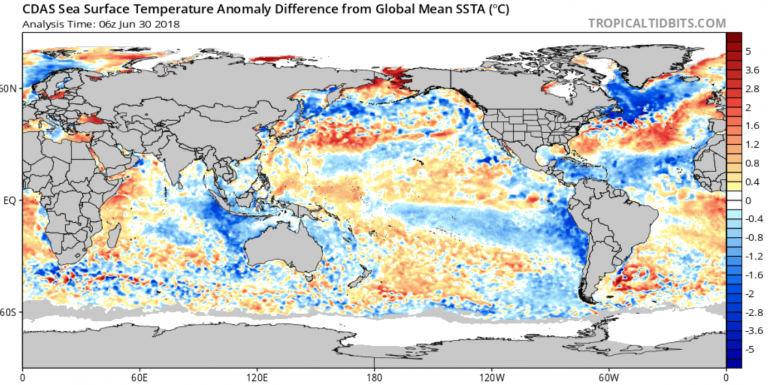 The North Atlantic is well below normal temperature.

Also the tropical Atlantic, from the west coast of Africa to the Caribbean, is colder than normal. According to hurricane expert Philip Klotzbach at Twitter, the temperature pattern over the Atlantic is opposite of what was observed during the summer of hurricane intense 2017.

Klotzbach suspects the current cold across the tropical Atlantic could act to suppress hurricane formation. That would be good news.