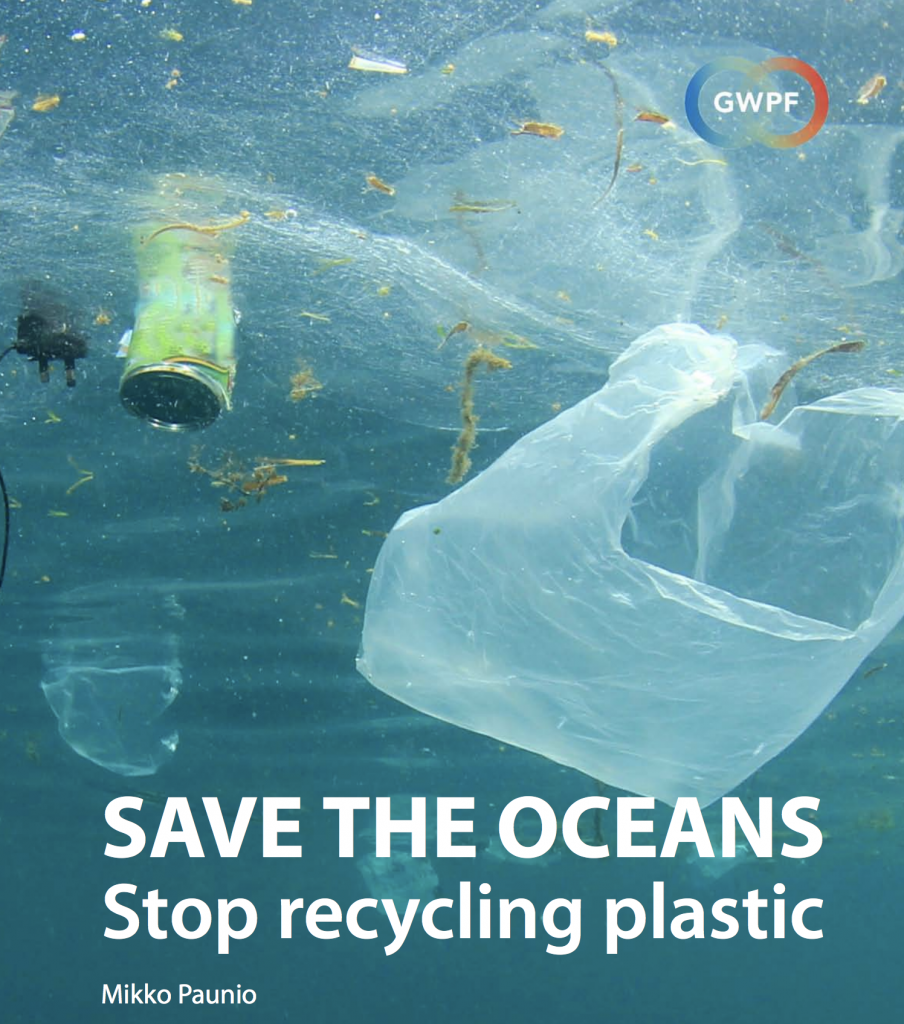 Save The Oceans – Stop Recycling Plastic

London – June 28: An explosive report from the Global Warming Policy Foundation (GWPF) reveals that efforts to recycle plastic are a major cause of the marine litter problem. The report, written by public health expert Dr Mikko Paunio, sets out the case for incinerating waste rather than trying to recycle it.

* Most of the plastic waste comes from just a few countries, mostly in Asia and Africa.
* 25% is “leakage” from Asian wastem anagement processes — the rest is waste that has never been collected, but is simply thrown into rivers.

* But European countries ship inject huge quantities of waste into Asian waste management streams, ostensibly for recycling.A s much as 20% — millions of tons every year — ends up in the oceans and will continue to do so.

* Since the Chinese banned waste imports at the start of the year, shipments have been diverted to other Asian countries with even weaker environmental controls (Figure 1).

“It is clear that the European contribution to marine waste is a result of our efforts to recycle. However, several countries have already shown that they can reduce this contribution to near zero, by simply incinerating waste”.

Despite this success, the EU is trying to redouble recycling efforts and to close down the incineration route, mistakenly believing that this will reduce carbon emissions. As Dr Paunio puts it,

“The effects look as though they will be appalling. We can expect a great deal more plastic to end up in the environment, and in the oceans in particular. If the EU was serious about its war against marine pollution it should consider banning the export of plastic recyclate rather than banning plastic straws or taxing incineration.” 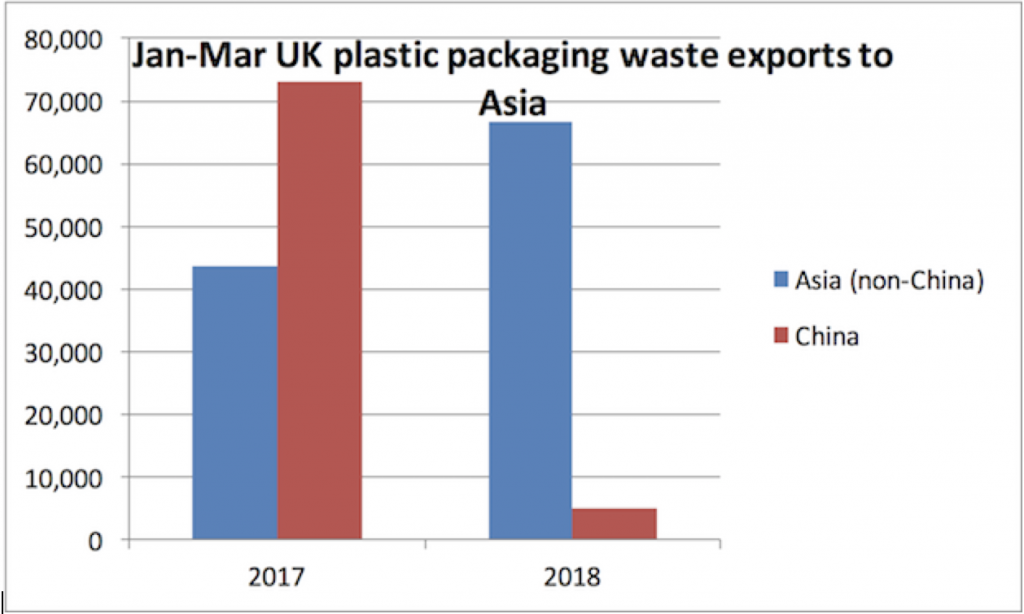