A big day at EPA! 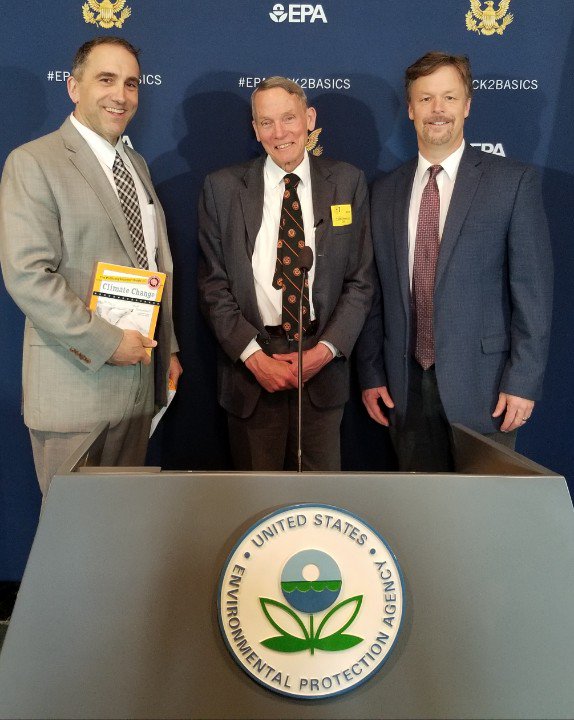 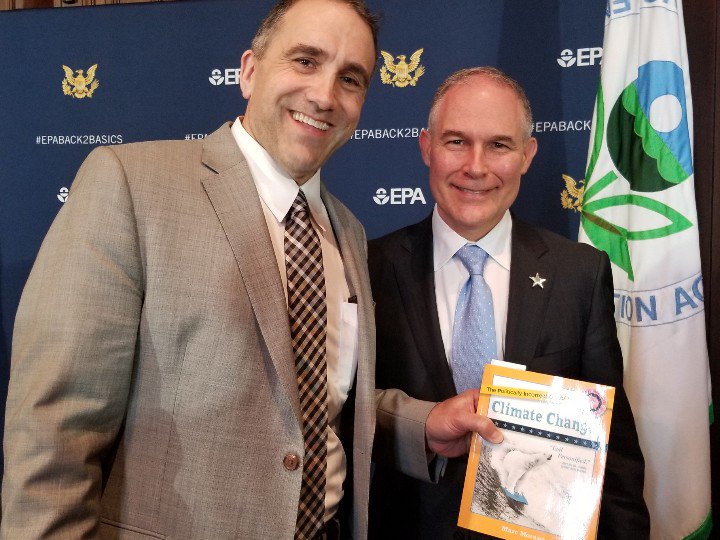 Pruitt announced the change at an event at the Environmental Protection Agency’s headquarters that was closed to The Daily Signal and other press. It could, however, be viewed online.

“The era of secret science at EPA is coming to an end,” Pruitt said. “The ability to test, authenticate, and reproduce scientific findings is vital for the integrity of the rule-making process. Americans deserve to assess the legitimacy of the science underpinning EPA decisions that may impact their lives.”

The EPA crafted the proposal to ensure that the science standing behind the agency’s actions is made public so that it can be independently verified, officials said in a press release.

Pruitt’s decision to make the rule will prevent agency officials from using undisclosed scientific data as the foundation for regulations that cost affected individuals and businesses tens of billions of dollars.

Going forward, Pruitt said, EPA regulators will be permitted to use only scientific studies with data available for public consumption. Pruitt’s proposed rule also calls for EPA-funded studies to make all data public.

Rep. Lamar Smith, R-Texas, is among EPA critics who have faulted the agency’s reliance on data derived from “secret science” to promulgate regulations they view as highly burdensome to average Americans.

Smith and other congressional critics point out, for instance, that over the past two decades, the EPA’s air quality regulations have been based on science produced in a taxpayer-funded study from Harvard and Brigham Young University researchers that the agency kept sealed from public scrutiny. The study is widely known as the Six Cities Study.

The following year, Congress passed legislation calling for the EPA’s scientific data to be made public, but an appellate court ruled that the law was not enforceable.

In 2013, House members issued a subpoena to compel the EPA to produce the data, which the agency successfully resisted.

The House also passed several bills to ban the practice of “secret science,” but the measures never made it out of the Senate. The latest version is known as the HONEST Act.

Smith, who is chairman of the House Science, Space, and Technology Committee and a lead sponsor of that bill, attended and spoke at the EPA event.

The Texas Republican described Pruitt as a “courageous head of the EPA” during his remarks, and credited the administrator for moving forward with the proposed rule change.

“Surely, we can all agree on two things,” Smith said. “First, we need clean air and water. And second, the EPA’s regulations should be supported by legitimate and publicly available scientific data.”

Administrator Pruitt’s announcement ensures that data will be secret no more. For too long, the EPA has issued rules and regulations based on data that has been withheld from the American people. Today, Administrator Pruitt rightfully is changing business as usual and putting a stop to hidden agendas.

The audience of about 30 included policy analysts from Washington-based think tanks, lawmakers, and scientists from across the country. The Daily Signal spoke with some attendees outside the EPA building on Pennsylvania Avenue in Northwest Washington.

“The EPA is now putting in place steps to buttress the scientific method,” Kent Lassman, president of the Competitive Enterprise Institute, said. “Part of this is being able to reproduce the analysis that provides counsel to regulation decisions. This means we will be doing better science.”

Right now, the EPA can rely on results without any public scrutiny of the underlying methodology or data sets. This is about taking politics out of science. If you can’t scrutinize the underlying data and you don’t have the opportunity to see if you can reproduce the same results, this undermines the credibility of the process.

Rob Gordon, a senior research fellow with The Heritage Foundation who specializes in environmental issues, told The Daily Signal that Pruitt’s rule will bring “openness and transparency” to the scientific process.

“This is about making the underlying methodology behind the science open and available to the public,” Gordon said. “Why would you want to keep your methodology a mystery? The underlying data should be available so that the results can be reproduced. Otherwise, how can you trust the information?”

Steve Milloy, an attendee who was part of the incoming Trump administration’s EPA transition team, released a statement on Pruitt’s decision.

“Much to Administrator Scott Pruitt’s credit, the Trump EPA has decided to end the use of such ‘secret science’ as a basis for regulatory actions that have harmed our economy, put companies out of business, and harmed consumers,” Milloy, publisher of JunkScience.com, said.

During the Obama administration, the EPA wantonly destroyed 94 percent of the market value of the coal industry, killed thousands of coal mining jobs, and wreaked havoc on coal mining families and communities, all based on data the EPA and its taxpayer-funded university researchers have been hiding from the public and Congress for more than 20 years.

Administrator Pruitt’s decision to bring science into the sunlight spells the end of junk science, which has fueled overregulation by the EPA for years. Second only to President Trump himself, Administrator Pruitt is the most valuable public servant America has.

Pruitt’s action is “a bold move,” Bonner Cohen, a senior fellow with the National Center for Public Policy Research, told The Daily Signal outside the event.

“And he is doing this not as an informal change in policy, but through the formal rule-making process, which will make it much more difficult for a future anti-science administration to undo,” Cohen said, adding:

This will send shock waves through the ranks of university researchers, who, for decades, have produced ‘findings’ in the knowledge that they would never have to disclose the underlying data. Those who demand that the American people have a ‘right to know’ how their government functions have now been put on notice that this also applies to taxpayer-funded research.