Book Excerpt: In 2007, Jones emailed, “The 2 deg C limit is talked about by a lot within Europe. It is never defined though what it means. Is it 2 deg C for globe or for Europe? Also when is/was the base against which 2 deg C is calculated from? I know you don’t know the answer, but I don’t either! I think it is plucked out of thin air.”

Professor Roger Pielke Jr. explained in 2017 that the 2-degree goal “is an arbitrary round number that was politically convenient. So it became a sort of scientific truth. However, it has little scientific basis but is a hard political reality.”

The claimed and heralded “2 degree” limit to “global warming” is in the news again. This time with claims that “limiting global warming to two degrees Celsius will not prevent destructive and deadly climate impacts, as once hoped…” See: “Studies: Two degrees no longer seen as global warming guardrail”

But the new best selling book, “The Politically Incorrect Guide to Climate Change,” reveals that the UN’s mythical “2 degree” limit was “plucked out of thin air” and has no scientific basis.

The book has also been getting extremely positive reviews with a nearly 5 star average at Amazon:

Will UN treaties, EPA regulations, and personal sacrifices for the planet actually impact the climate? As we’ll see, even the Obama administration EPA chief admitted there would be no measurable climate impact from these proposed remedies.

The notion that a UN agreement to limit emissions will somehow alter the Earth’s temperature or storminess borders on belief in witchcraft. Philip Stott, professor emeritus of Biogeography at the University of London, points out that “climate change is governed by hundreds of factors, or variables, and the very idea that we can manage climate change predictably by understanding and manipulating at the margins one politically-selected factor [CO2], is as misguided as it gets.”

If we had to rely on the UN or EPA to save us from global warming, we would all be doomed. Nothing the UN is proposing to solve climate change would have any significant impact on temperatures or extreme weather events even if you accept the climate warmists’ scientific claims.  In any case, the UN’s agenda of limiting the Earth’s temperature to a rise of no more than two degrees Celsius is a target “plucked out of thin air,” according to an email exposed in the Climategate scandal—about which, much more later.

Just Turn Down the Heat

The warmists seem to believe that international agreements can act as thermostatic controls for the earth’s climate. A G8 Summit in 2009 announced a “historic breakthrough” when Western leaders “agreed to the goal of keeping the world’s temperatures from rising more than 2C.” Philip Stott, professor emeritus of Biogeography at the University of London ridiculed the idea that politicians can control the Earth’s climate with regulations. “Angela Merkel, the German chancellor, and my own good Prime Minister [Tony Blair], for whom I voted—let me emphasize—arguing in public as to who in ‘Annie get the gun style’ could produce the best temperature. ‘I could do two degrees C,’ said Angela. ‘No, I could only do three,’ said Tony. Stand back a minute. Those are politicians telling you that they can control climate to a degree Celsius,” Stott said in disbelief.

★★★★★
Still True Today
The late ABC News anchor Peter Jennings reported in 1998: “Al Gore genuinely believes that if he does not prevail, the apocalypse is coming. His opponents think he is the danger.”

The pervasive belief that politicians can control the weather by agreements to curtail our lifestyle has not gone away. But the Climategate emails leak revealed the elusive 2-degree C regulatory cap of the Earth’s temperatures has no basis in science—according to a former top UN scientist. Former UN lead author Phil Jones admitted that the 2-degree C limit was “plucked out of thin air.”
In 2007, Jones emailed, “The 2 deg C limit is talked about by a lot within Europe. It is never defined though what it means. Is it 2 deg C for globe or for Europe? Also when is/was the base against which 2 deg C is calculated from? I know you don’t know the answer, but I don’t either! I think it is plucked out of thin air.” 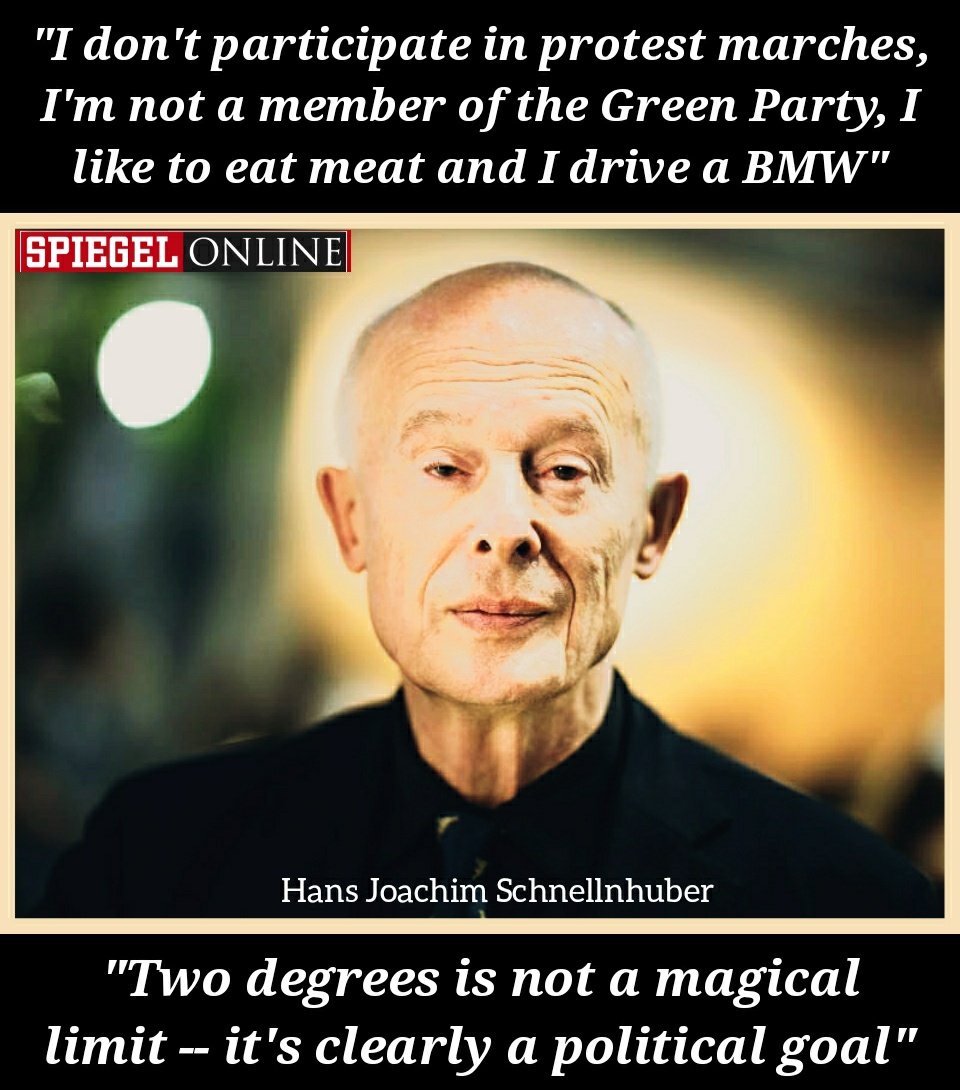 Professor Roger Pielke Jr. explained in 2017 that the 2-degree goal “is an arbitrary round number that was politically convenient. So it became a sort of scientific truth. However, it has little scientific basis but is a hard political reality.” He noted that the goal “originated in a local, long-term record of temperature variation in England, which was adapted by an economist in a ‘what if?’ exercise.”

Ironically, the EPA had admitted that its climate regulations would not only have no measurable effect on global temperatures, they would not even impact global CO2 levels. Even if the UN Paris pact were fully enacted, it would have no measurable impact on global temperatures. And that’s on the assumption that the UN is correct on the science.  The entire campaign is pure symbolism on climate—but the more centrally planned economy would be a reality.

When the UN Paris climate pact was agreed to by President Obama in December 2015, to exuberant celebration, I penned this response:
“Now that the United Nations has officially ‘solved’ man-made global warming, does this mean we never have to hear about ‘global
warming’ fears again!? Does this mean we can halt the endless supply of federal tax dollars funding ‘climate change’ studies? Does this mean we can stop worrying about ‘global warming’s’ ability to end civilization and cause wars, and increase prostitution, bar room brawls, rape, airline turbulence, etc.? Can we finally move on to other issues?” I added, “If climate activists celebrating truly believe the UN has solved ‘climate change,’ even skeptics should rejoice! Now that the UN treaty has ‘solved’ global warming, can we all just move on to something else?”

Of course, that was before President Trump announced his intention to withdraw from the UN Paris pact in June of 2017. But it is obvious that the activists have no intention of ever admitting that climate change has been solved because if they did they would jeopardize all the other agendas wrapped up in the climate cause.

Former Czech president Václav Klaus, who lived under a totalitarian regime, perhaps summed it up best. “As someone who lived under communism for most of his life, I feel obliged to say that I see the biggest threat to freedom, democracy, the market economy and prosperity now in ambitious environmentalism,” Klaus warned. “This ideology wants to replace the free and spontaneous evolution of mankind by a sort of central (now global) planning.”

I traveled to Prague in 2016 to interview Klaus. He explained to me the forces that were behind the climate change movement. “Today, the green agenda and the environmentalist agenda and the fighting climate agenda are trying to basically influence the economic system. It’s trying to basically stop the existence of the free market system which we were fighting for and were dreaming about in the communist era for decades.”

Given the absurd faith in the power of climate regulations, President Trump’s reversal of President Obama’s regulations has
caused lots of hand-wringing. Even before  the elections, climate activist and Penn State professor Michael Mann warned that
Trump was a “threat to the planet,” whose future “could quite literally lie in the balance.” 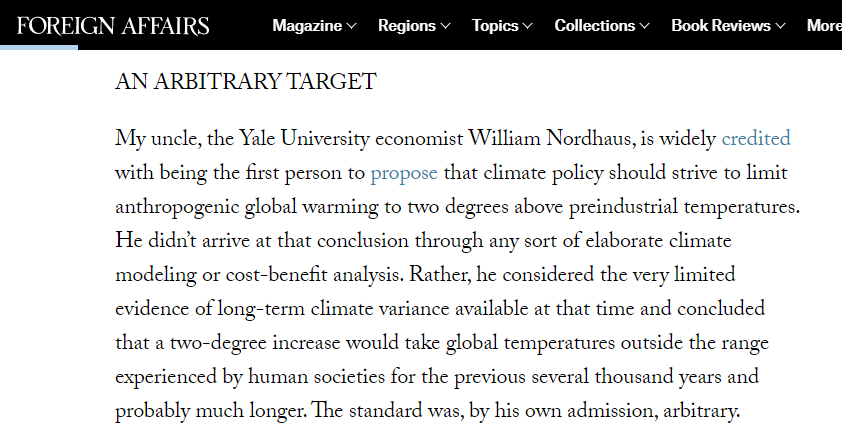 Climatologist Dr. Pat Michaels in 2015: ‘Cancel the Paris Climate Summit’ – ‘Nature and capitalism have already conspired to accomplish’ UN’s climate goals – ‘At the end of November, representatives from the nations that signed the U.N.’s 1992 climate treaty will meet — for the 21st time — to implement the treaty’s stated goal of “prevent[ing] dangerous anthropogenic interference with the climate system.” There’s no need to meet. Nature and capitalism have already conspired to accomplish this…the total warming to 2100 works out to a cool 2.0 degrees Celsius, or precisely the goal of the 1992 treaty.’ — ‘The decades-long climate kerfuffle is therefore over. The U.N. should cancel its Paris meeting.’