San Diego’s high kicking weatherman John Coleman dies – January 21, 2018 – John Coleman, the dancing, prancing San Diego weatherman who tickled television viewers by the way he would sing out the letter U in KUSI-TV’s call letters, died on Saturday. He was 83. Coleman, who also angered many people by insisting that global warming is a hoax, died at his home in Las Vegas, according to KUSI, where he served as a forecaster from 1994 to 2014, when he retired. The station did not announce the cause of death, but it did say that Coleman was surrounded by family when he passed away. His 2014 retirement capped a 60-year career during which served Coleman as the first forecaster on ABC’s “Good Morning America,” then went on to found the Weather Channel during the early days of cable television. The channel evolved from a little known number on the dial to the place millions of Americans turn first to track everything from hurricanes in Florida to blizzards in the Midwest to Santa Ana winds in California. “Like a strike of lightening (sic), a clap of thunder and a ray of sunshine, legendary weatherman John Coleman was an exciting, powerful and humorous force in the lives of so many,” KUSI evening anchor Sandra Maas said Sunday on Twitter.

Associated Press: John Coleman, Chicago meteorologist, and Weather Channel co-founder dies at 83 – Former Chicago weather forecaster John Coleman, who co-founded The Weather Channel and was the original meteorologist on ABC’s “Good Morning America” during a six-decade broadcasting career, has died. He was 83. His wife, Linda Coleman, told The Associated Press her husband died Saturday night at home in Las Vegas. She did not give a cause. … His ratings success at Channel 7 led to a six-year run, starting in 1977, as national weatherman for ABC’s “Good Morning America.”

Climate Depot’s Marc Morano statement: “I am shocked and saddened by the loss of John so suddenly. John has been a close ally and was featured in the film Climate Hustle and wrote the forward for my upcoming book (Feb. 2018): The Politically Incorrect Gude to Climate Change. Coleman was a giant among meteorologists and had the courage to call out ‘global warming’ claims and go after Al Gore, Bill Nye and many others. The meteorological world lost a giant today!” 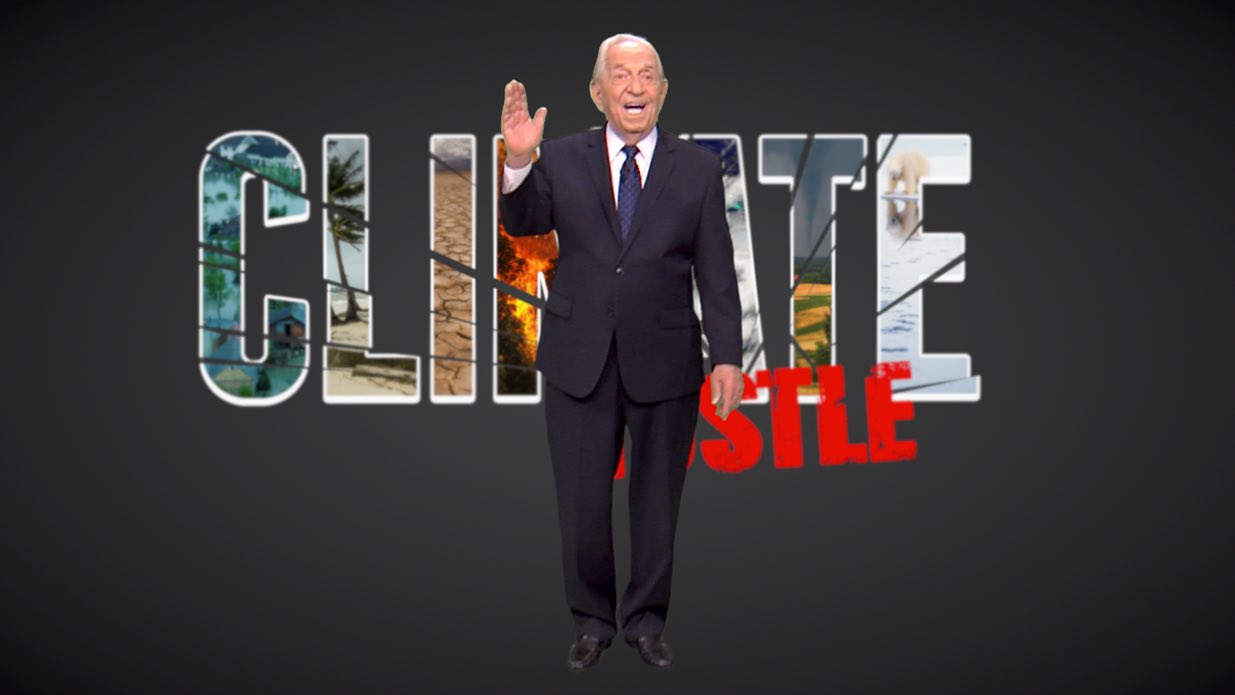 Anthony Watts pays tribute: Forecaster, father, and friend of WUWT, John Coleman, founder of the Weather Channel, passes away – Watts: “It is with great sadness that I announce this. John Coleman was a true hero of mine, and a great friend. He made gigantic contributions to television, to weather forecasting, and even to the National Weather Service who changed and upgraded many of their methods to accommodate the visionary ideas he had in founding the Weather Channel.”

Meteorologist Joseph D’Aleo: In Memory of John Coleman – ‘Coleman was a TV weather rock star’ – During the latter stages of co-authoring a book honoring the Weather Channel Pioneers (coming soon), John Coleman sadly passed away January 20th at age 83 at his home in Las Vegas surrounded by friends and family.  John Coleman retired in 2014 after nearly 61 years in weather broadcasting. John learned to love weather and nature from his dad, a college professor who had been raised on a farm in Alpine, Texas. John never stopped learning, combining self and college classroom study, observation, and knowledge gained from all the people he worked with.

I had the profound privilege to work closely with him at Good Morning America and then at the cable TV Weather Channel.  For GMA, John often worked all through the night, helping to put together a quality product for the viewers including a minute feature with the goals of informing and educating. He believed the more the viewers understood, the more capable they would be of utilizing the weather to their benefit.

Weather Channel founder John Coleman: ‘I’m a denier’ so ‘put me to death’ Coleman: “I’m just a dumb old skeptic — a denier as they call me — who ought to be jailed or put to death,” he says. “I understand how they feel. But you know something? I know I’m right. So I don’t care.”

The Weather Channel video uses young kids to promote ‘global warming’ fears – ‘Dear Mom & Dad, climate change could be very catastrophic’ – Weather Channel Founder John Coleman rips his old network for ‘immoral’ kids video: “Right or wrong, using children to promote a point of view boarders on immoral. Even knowing that climate change is not happening, it is far beneath my values to use children to promote this truth,” Coleman told Climate Depot. “I know without a doubt that there is no significant threat to the future climate of Earth from the industrialized civilization we have created and the drastic climate changes predicted by the Al Gore clan and the UN’s IPCC are not occurring and are based on an invalid theory. But I will not stoop to the use children to promote my position.”