Geologist Dr. Norman Page left a comment which I’ve decided to upgrade to a post. In it he writes solar and La Nina observations fit well with his recent paper showing that climate is controlled by natural orbital and solar activity cycles.

Dr. Page is among a growing number of scientists who share the general view that natural solar and oceanic cycles are mostly driving the climate, just as they always have in the past.

Warming has already peaked, cooling ahead

And as a result, Dr. Page believes that the millennial temperature cycle peaked at about 2003/4 and the earth is now in a cooling trend, which will last until about 2650. Read background here.

His paper argues that the methods used by the establishment climate science community are not fit for purpose and that a new forecasting paradigm should be adopted. A number of papers have been published over the recent years pointing out that climate models have been far short of reliable.

In the paper’s abstract Dr. Page writes that the Earth’s climate is the result of resonances and beats between various quasi-cyclic processes of varying wavelengths and that it is not possible to forecast the future unless there’s a good understanding of where the earth is in time in relation to the current phases of those different interacting natural quasi periodicities.

“Temperature decline in the coming decades and centuries”

He presents evidence specifying the timing and amplitude of the natural 60+/- year and the all important 1,000 year periodicities (observed emergent behaviors), which he and other scientists maintain are so obvious in the temperature record. 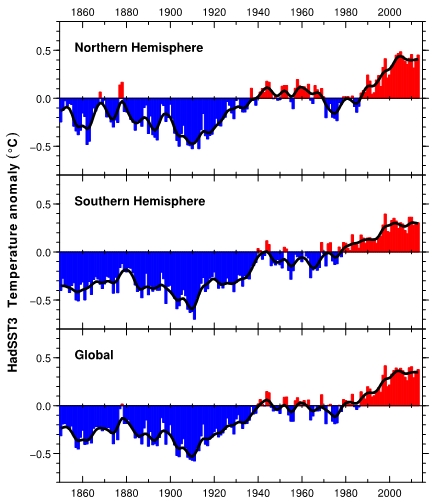 Fig. 8, HadSST3 temperature anomaly: “Over the last 135 years an approximate 60 year periodicity is clearly present in the temperature data.”

He projects cyclic trends forward and predicts a probable general temperature decline in the coming decades and centuries.