First they cool the past, now they are reducing sea levels of the past. 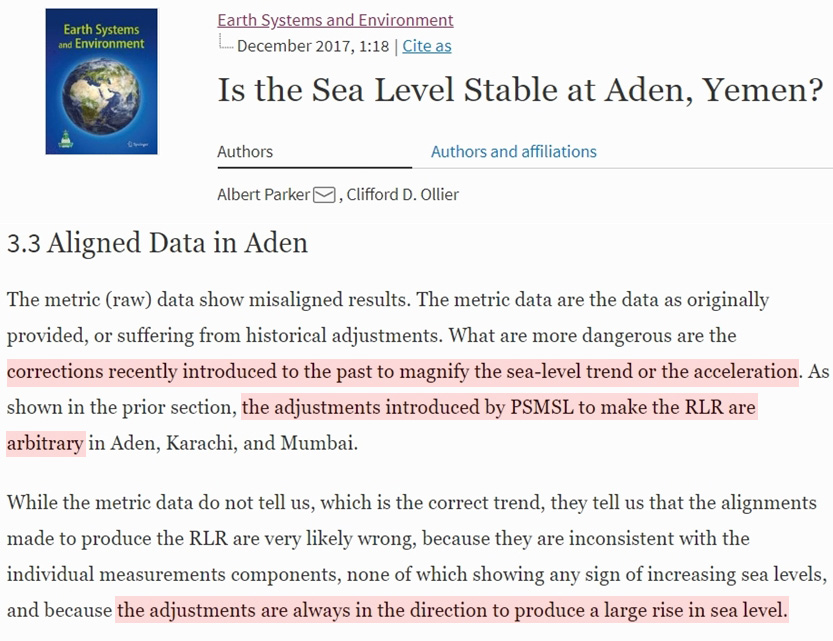 In a new paper published in Earth Systems and Environment this month, Australian scientists Dr. Albert Parker and Dr. Clifford Ollier uncover evidence that Permanent Service for Mean Sea Level (PSMSL) overseers appear to have been engaging in the “highly questionable” and “suspicious” practice of adjusting historical tide gauge data to show recent accelerated sea level rise where no such acceleration (or rise) exists.

The authors expose how PSMSL  data-adjusters make it appear that stable sea levels can be rendered to look like they are nonetheless rising at an accelerated pace.

The data-adjusters take misaligned and incomplete sea level data from tide gauges that show no sea level rise (or even a falling trend).  Then, they subjectively and arbitrarily cobble them together, or realign them.   In each case assessed, PSMSL data-adjusters lower the earlier misaligned rates and raise the more recent measurements.  By doing so, they concoct a new linearly-rising trend. 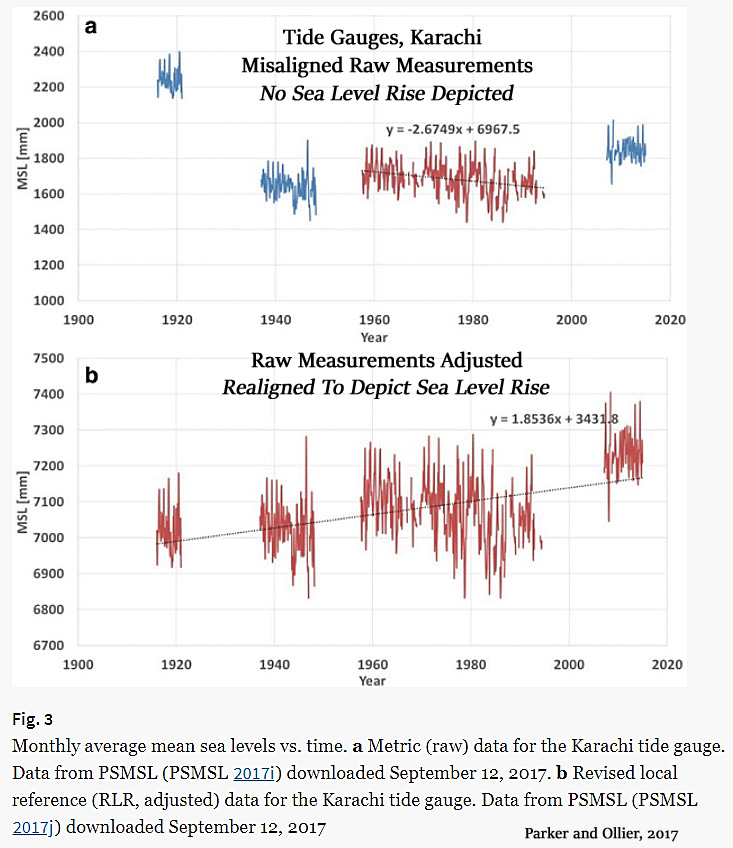 This adjustment of tide gauge data to yield a rising sea level trend where none exists is not occasional or episodic.  Instead, for every adjustment of raw data analyzed, “the adjustments are always in the direction to produce a large rise in sea level.”

The suspicious perpetuity of this pattern strongly suggests that there is an agenda driving these arbitrary and subjective realignments.

From all appearances, the data-adjusters at PSMSL are attempting to “correct” the sea level rise data that do not support the conceptualization of a rapidly-rising sea level trend in response to rising human CO2 emissions.

As Drs. Parker and Ollier conclude: “It is always highly questionable to shift data collected in the far past without any proven new supporting material.”