RealClimateScience.com: ‘Witches, Jews And Climate Deniers’ – ‘Hate groups have looked for scapegoats to blame things on’

Tony Heller:  'Throughout history, hate groups have looked for scapegoats to blame things on. In the 16th century progressive hate groups blamed bad weather on witches, and burned tens of thousands of witches at the stake. In the 1930’s and 1940’s progressives put millions of Jews in gas chambers as scapegoats for Germany’s problems, and now progressive hate groups blame the weather on people who resist their climate scam. They want to criminalize and prosecute free speech and scientific inquiry. Mark Hertsgaard says flooding in Texas and Bangladesh was caused by global warming skeptics. He says that people who resist the largest scam in history are murderers.'

Throughout history, hate groups have looked for scapegoats to blame things on.

Mark Hertsgaard says flooding in Texas and Bangladesh was caused by global warming skeptics. He says that people who resist the largest scam in history are murderers. 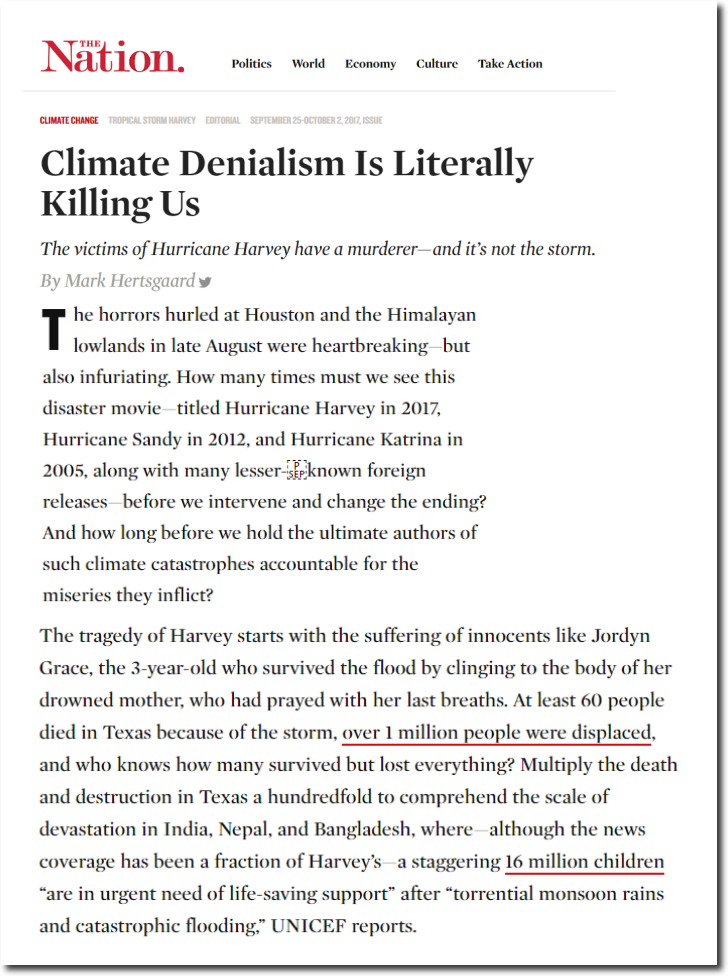 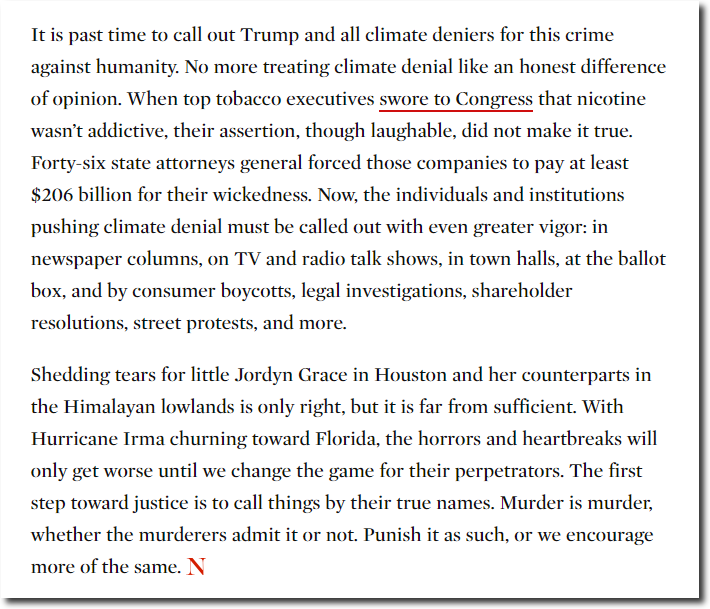 Climate Denialism Is Literally Killing Us | The Nation

Mark also believes that the Arctic is ice-free.

The End of the Arctic? Ocean Could be Ice Free by 2015

The Huffington Post agrees with his assessment that global warming causes Texas hurricanes and flooding in Bangladesh. 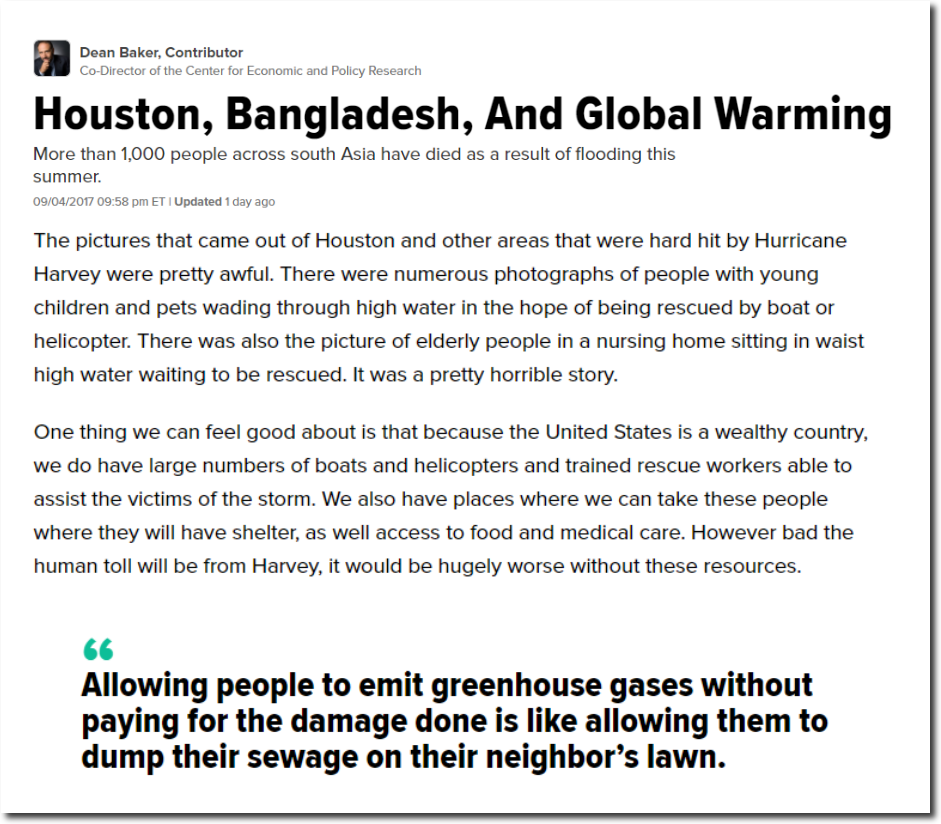 Had these fake journalists done any research, they would have known that the deadliest hurricane in history occurred in Bangladesh in 1970.  Nearly half a million people died in that storm, which was blamed at the time by climatologists on global cooling. 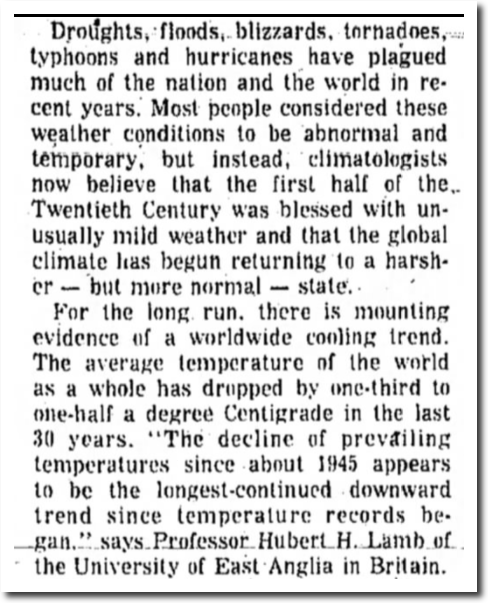 The next article in the same July 21, 1974 Des Moines Register issue showed what the left is really about – they wanted to stop global cooling via totalitarian government. Now progressives want to stop global warming via totalitarian government. Global cooling, global warming – it doesn’t matter. It is just an excuse for these psychopaths.

The deadliest hurricane in US history occurred in Texas this week in the year 1900. 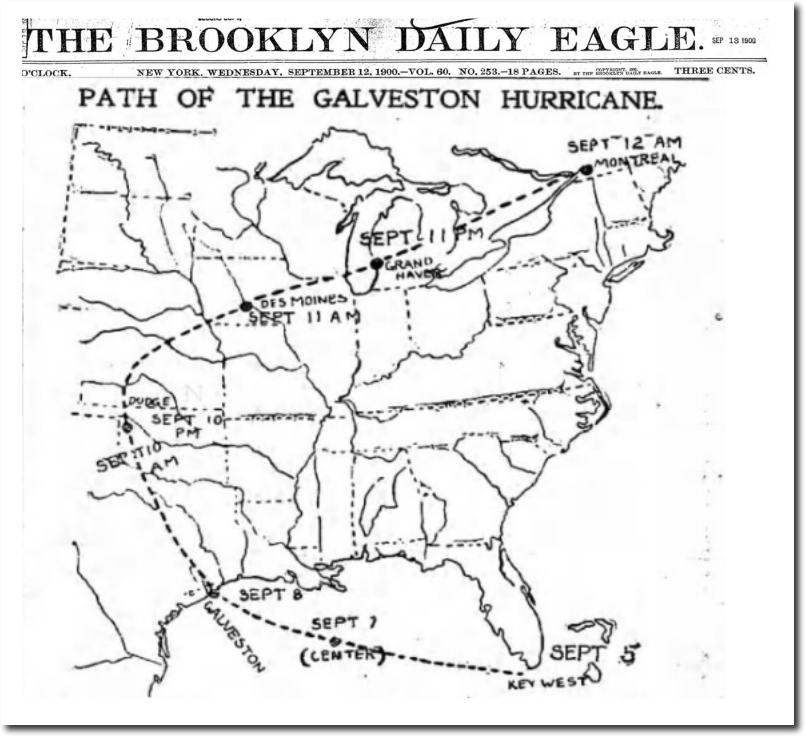 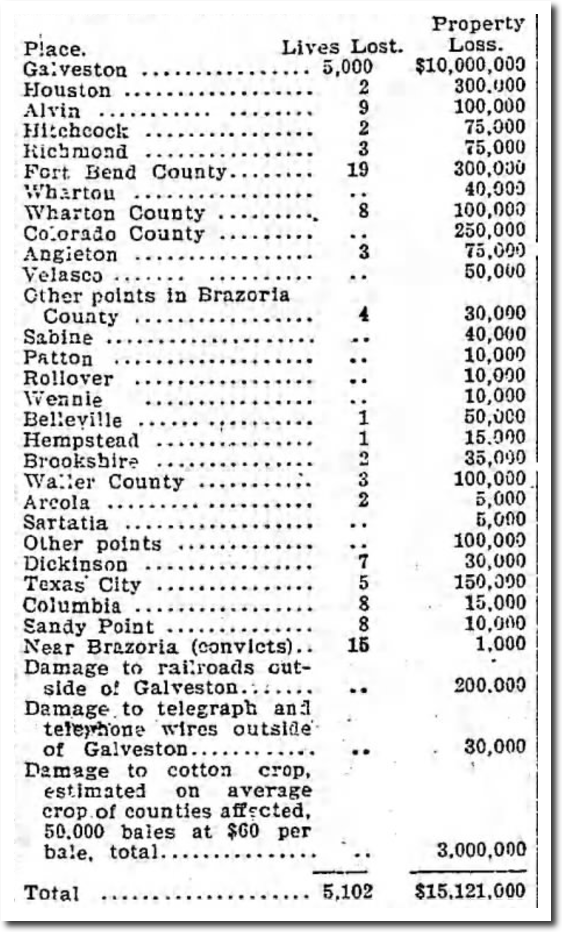 The beliefs of the left have nothing to do with science, weather or climate. People like Mark Hartsgaard are simply members of another hate group looking for scapegoats. They move from one generation to the next looking for a new outlet to vent their hatred of other human beings.

People like Mark are dangerous, intellectually corrupt people looking to hurt other people. That is all they are about. Socialists killed tens of millions of people last century, and they want to do a repeat now. They pretend to care about other people – but they couldn’t care less.

The urge to save humanity is almost always a false front for the urge to rule.