Activists wasted no time in using Hurricane Harvey to tout their political agenda of climate change and global warming. Some even said those in the region deserved the storm because of their disbelief in the climate notion. Others jabbed at the president for his policies.

MiG and Nazi Killer Tweeted a video with the caption, “When you realize that Hurricane Harvey is mostly affecting Trump voters and people that don’t believe in climate change.”

YAY SPORTS @icecreamiscool_ noted, “I like how liberals are desperately making Harvey about race and climate change already.”

Dr. Michael Riccioli @curvedway, an English lecturer at the University of Paris-Dauphine,  Tweeted, “#Hurricane #Harvey: Can Mr Trump go on telling all and sundry that there is no such thing as climate change ,,, I wonder.” He also Tweeted:

Hurricane Harvey will be major disaster: Texas governor. – IS MR TRUMP AWARE OF THIS ? http://www.bbc.co.uk/news/world-us-canada-41057284 …

@charleshogan54 Tweeted this video of the hurricane winds saying, “Apparently Hurricane Harvey isn’t aware of Republican views on climate change and is going to Hurricane anyway ….

Hurricane Harvey Is Something We’ve Never Seen Before http://mojo.ly/2vvtNnY  pic.twitter.com/li7wwiDoxw 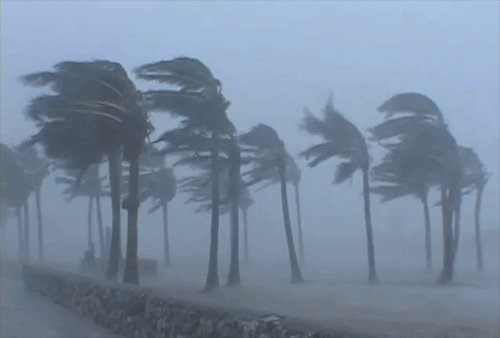 Rising temperatures, driven by climate change, threaten to undo much …

More climate change and Harvey comments on GAB and Tweeter:

Dear Trump Supporters: Hurricane Harvey is real and dangerous, and so is climate change. It’s not fake just because you don’t like it.