Climate Depot response: 'Wait, even if we stop all CO2 emissions now we can't stop global warming?! Why should we spend trillions then!?'

“The Climate Crisis: A CNN Town Hall Event with Al Gore” will air at 9 p.m. ET on Tuesday, August 1, on CNN.

(CNN)By the end of the century, the global temperature is likely to rise more than 2 degrees Celsius, or 3.6 degrees Fahrenheit.

This rise in temperature is the ominous conclusion reached by two different studies using entirely different methods published in the journal Nature Climate Change on Monday.
One study used statistical analysis to show that there is a 95% chance that Earth will warm more than 2 degrees at century’s end, and a 1% chance that it’s below 1.5 C.
“The likely range of global temperature increase is 2.0-4.9 [degrees Celsius] and our median forecast is 3.2 C,” said Adrian Raftery, author of the first study. “Our model is based on data which already show the effect of existing emission mitigation policies. Achieving the goal of less than 1.5 C warming will require carbon intensity to decline much faster than in the recent past.” 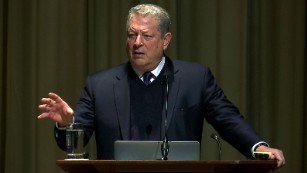 Scientists highlight deadly health risks of climate change
The second study analyzed past emissions of greenhouse gases and the burning of fossil fuels to show that even if humans suddenly stopped burning fossil fuels now, Earth will continue to heat up about two more degrees by 2100. It also concluded that if emissions continue for 15 more years, which is more likely than a sudden stop, Earth’s global temperature could rise as much as 3 degrees.
“Even if we would stop burning fossil fuels today, then the Earth would continue to warm slowly,” said Thorsten Mauritsen, author of the second study. “It is this committed warming that we estimate.”
Taken together, the similar results present a grim reality.
“These studies are part of the emerging scientific understanding that we’re in even hotter water than we’d thought,” said Bill McKibben, an environmentalist not affiliated with either study. “We’re a long ways down the path to disastrous global warming, and the policy response — especially in the United States — has been pathetically underwhelming.”
Because both studies were completed before the United States left the Paris Agreement under President Trump earlier this year, that has not been accounted for in either study.
“Clearly the US leaving the Paris Agreement would make the 2 C or 1.5 C targets even harder to achieve than they currently are,” said Raftery.

The 2 degree mark — that’s 3.6 degrees Fahrenheit — was set by the 2016 Paris Agreement. It was first proposed as a threshold by Yale economist William Nordhaus in 1977. The climate has been warming since the burning of fossil fuels began in the late 1800s during the Industrial Revolution, researchers say. 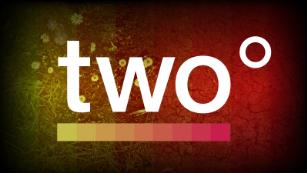 2 degrees: key to climate change
If we surpass that mark, it has been estimated by scientists that life on our planet will change as we know it. Rising seas, mass extinctions, super droughts, increased wildfires, intense hurricanes, decreased crops and fresh water and the melting of the Arctic are expected.
The impact on human health would be profound. Rising temperatures and shifts in weather would lead to reduced air quality, food and water contamination, more infections carried by mosquitoes and ticks and stress on mental health, according to a recent report from the Medical Society Consortium on Climate and Health.
Currently, the World Health Organization estimates that 12.6 million people die globally due to pollution, extreme weather and climate-related disease. Climate change between 2030 and 2050 is expected to cause 250,000 additional global deaths, according to the WHO. 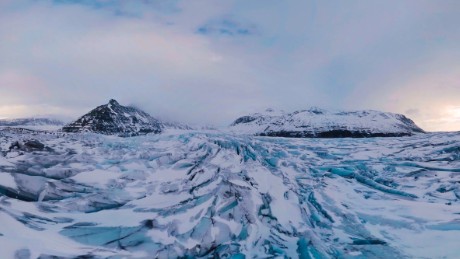 The first study used population, carbon emission and gross domestic product data from 152 countries (accounting for 98.7% of the world’s population as of 2015) over the past 50 years to develop a new statistical model, said Raftery, a professor of statistics and sociology at the University of Washington.
Many studies come from the Intergovernmental Panel on Climate change and use climate model scenarios — not forecasts — to use as examples of what might happen, based on specific assumptions about economics, population and carbon emissions in the future.
“This leaves open the question of how likely they are, or whether they cover the range of possibilities,” Raftery said. “In contrast, our results are statistically based and probabilistic, in that they aim to cover the range of likely outcomes.” 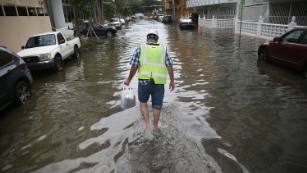 Higher seas to flood dozens of US cities, study says; is yours one of them?
What Raftery and his colleagues discovered is that population is not a factor.
“This is due to the fact that much of the expected future population growth will be in Africa, in countries whose carbon emissions are currently very low,”Raftery said.
The study confirms conclusions of many other studies, said Bill Hare, director and senior scientists of nonprofit Climate Analytics. Hare was not affiliated with either study. 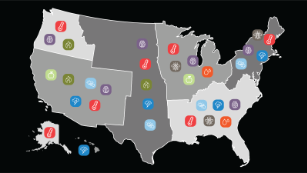 Where climate change is threatening the health of Americans
“This interesting paper confirms the conclusion about where the world is headed unless there is a major increase in the ambition of climate and energy policies,” Hare said.
The other finding of the study suggests that achieving a goal of less than 1.5 Celsius warming would require carbon intensity to decline faster than it has in the past. “The whole purpose of climate and energy policy is to accelerate decarbonisation and this will necessarily be faster than what we have seen globally,” Hare said.
Mauritsen, author of the second study and climate researcher at Max Planck Institute for Meteorology, also shared thoughts on Raftery’s findings.
“It seems interesting in that it uses an economic statistical model that accounts for an increasing energy efficiency as societies develop,” Mauritsen said. “It shows that the 1.5 to 2 degrees targets will not be met without additional mitigation, and suggests that a focus on energy efficiency is the best way forward.”