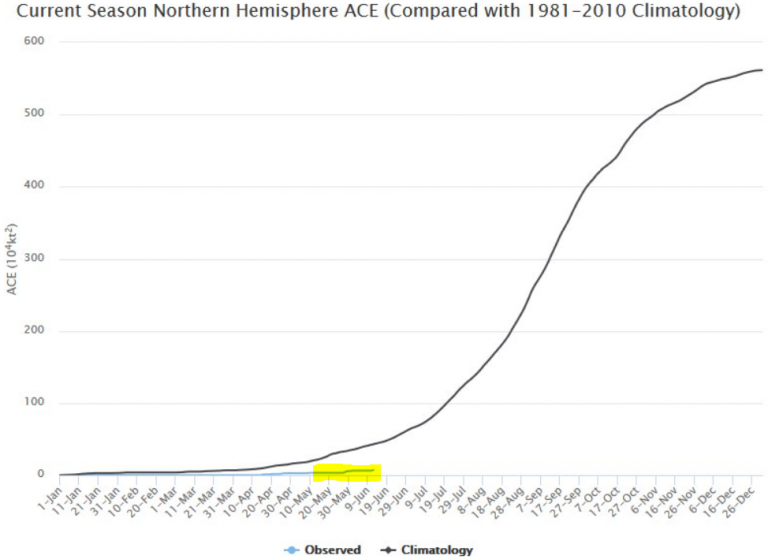 Global warming was supposed to inject thermal energy into the atmosphere, and thus spawn one super cyclone after another.  Yet observations refuse to cooperate with the alarmist hypothesis. 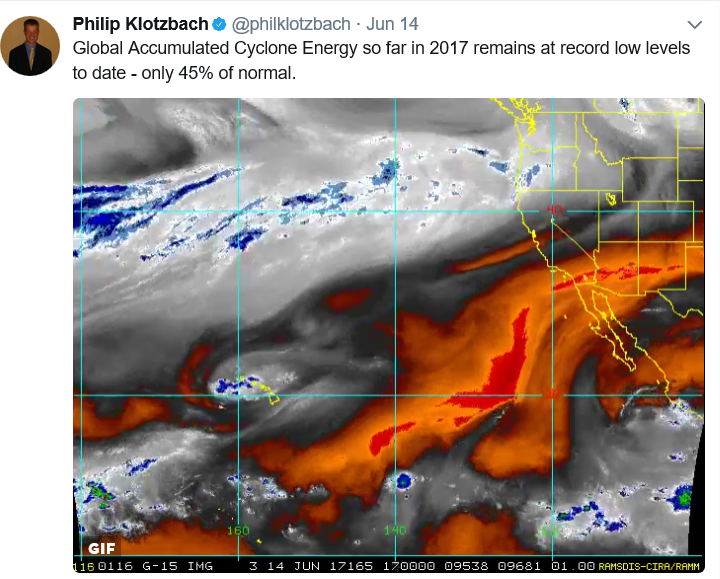 Earlier on June 13 Klotzbach tweeted the following chart showing how this year has been running thus far:

Despite all the warnings that a warming globe would lead to harsher and wilder hurricane seasons, data show that the the opposite is more the case.

In fact the especially harsh June hurricanes occurred when CO2 were at rock bottom levels of 280 ppm, like back 131 years ago, in 1886. Klotzbach writes: “In 1886, 3 June hurricanes made U.S. landfall“. He added:

No other Atlantic season on record has had more than one June U.S. hurricane landfall.” 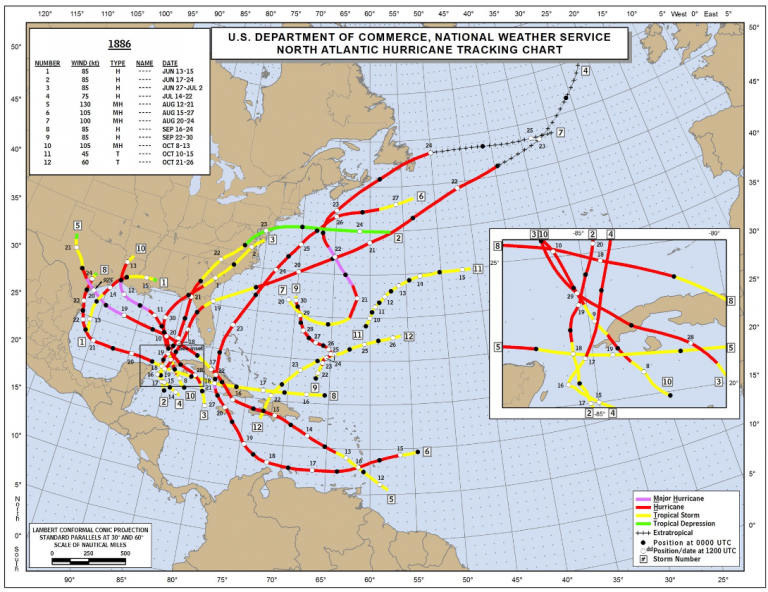 And to show that things were much worse during the cooler, low CO2 days of the past, Klotzbach tweeted on June 12 the following chart: