Update 5/30/17: EPA’s Pruitt huddles with Trump on UN Paris climate pact - "Trump discussed the Paris climate pact this morning with EPA Administrator Scott Pruitt, one the administration’s strongest advocates for pulling the U.S. out of the international agreement."

WASHINGTON – Multiple news agencies, including Reuters News, are now reporting that President Donald Trump has privately informed several officials in Washington DC that he intends to withdraw from the UN Paris climate pact.

Climate Depot’s Marc Morano statement: “A U.S. Clexit (Climate Exit from UN Paris Pact) would be a victory for science. Make no mistake, climate campaigners who tout UN agreements and EPA regulations as a way to control Earth’s temperature and storminess are guilty of belief in superstition.”

President Trump has privately told multiple people, including EPA Administrator Scott Pruitt, that he plans to leave the Paris agreement on climate change, according to three sources with direct knowledge. 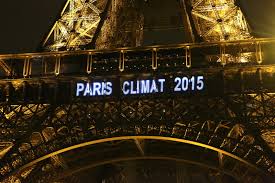 Publicly, Trump’s position is that he has not made up his mind and when we asked the White House about these private comments, Director of Strategic Communications Hope Hicks said, “I think his tweet was clear. He will make a decision this week.”

Why this matters: Pulling out of Paris is the biggest thing Trump could to do unravel Obama’s climate policies. It also sends a stark and combative signal to the rest of the world that working with other nations on climate change isn’t a priority to the Trump administration. And pulling out threatens to unravel the ambition of the entire deal, given how integral former President Obama was in making it come together in the first place.

Caveat: Although Trump made it clear during the campaign and in multiple conversations before his overseas trip that he favored withdrawal, he has been known to abruptly change his mind — and often floats notions to gauge the reaction of friends and aides. On the trip, he spent many hours with Ivanka Trump and Jared Kushner, powerful advisers who back the deal.

Behind-the-scenes: The mood inside the EPA this week has been one of nervous optimism. In a senior staff meeting earlier this week, Pruitt told aides he wanted them to pump the brakes on publicly lobbying for withdrawal from Paris. On Saturday, Trump said in a Twitter post he would make a decision on whether to support the Paris climate deal next week.

The White House did not immediately respond to a request for comment.

A source who has been in contact with people involved in the decision told Reuters a couple of meetings were planned with chief executives of energy companies and big corporations and others about the climate agreement ahead of Trump’s expected announcement later in the week. It was unclear whether those meetings would still take place.

“I will make my final decision on the Paris Accord next week!” he tweeted on the final day of a Group of Seven (G7) summit in Italy at which he refused to bow to pressure from allies to back the landmark 2015 agreement.

The summit of G7 wealthy nations pitted Trump against the leaders of Germany, France, Britain, Italy, Canada and Japan on several issues, with European diplomats frustrated at having to revisit questions they had hoped were long settled.

More reporting on it here:

UK Daily Mail: Trump has ‘made up his mind to withdraw US from Paris climate deal’

Climate Depot Note: A UN climate agreement that is totally meaningless when it comes to the climate. University of Pennsylvania Geologist Dr. Robert Giegengack  has also noted: “None of the strategies that have been offered by the U.S. government or by the EPA or by anybody else has the remotest chance of altering climate if in fact climate is controlled by carbon dioxide.”

Climate Depot Marc Morano adds: “In layman’s terms: All of the so-called ‘solutions’ to global warming are purely symbolic when it comes to climate. So, even if we actually faced a climate catastrophe and we had to rely on a UN climate agreement, we would all be doomed!  A U.S. Clexit (Climate Exit from UN Paris Pact) would be a victory for science. Make no mistake, climate campaigners who tout UN agreements and EPA regulations as a way to control Earth’s temperature and storminess are guilty of belief in superstition,” Morano added.

NASA’s former lead global warming scientist Dr. James Hansen is not a big fan of the UN Paris accord. See: ‘Fraud, Fake…Worthless Words’: NASA’s James Hansen on UN Paris Pact – Trump should take note – “[The Paris agreement] is a fraud really, a fake. It’s just bullshit for them to say: ‘We’ll have a 2C warming target and then try to do a little better every five years.’ It’s just worthless words. There is no action, just promises. As long as fossil fuels appear to be the cheapest fuels out there, they will be continued to be burned.”

Climate experts who have looked at the UN climate agreement think Trump is correct to dismantle it. Danish statistician Bjorn Lomborg wrote “Trump’s climate plan might not be so bad after all.”

Lomborg added that Trump withdrawing from the UN treaty “will will stop the pursuit of an expensive dead end” because even if you accept the climate claims of the UN, the agreement “will matter very little to temperature rise.” (Also see: Bjorn Lomborg: ‘Germany Spends $110 Billion to Delay Global Warming by 37 Hours’)

Statistician: UN climate treaty will cost $100 trillion – To Have No Impact – Postpone warming by less than four years by 2100

‘If the U.S. delivers for the whole century on the President Obama’s very ambitious rhetoric, it would postpone global warming by about eight months at the end of the century.’

Danish statistician Dr. Bjorn Lomborg, the President of the Copenhagen Consensus Center: ‘We will spend at least one hundred trillion dollars in order to reduce the temperature by the end of the century by a grand total of three tenths of one degree…the equivalent of postponing warming by less than four years…Again, that is using the UN’s own climate prediction model.’

‘But here is the biggest problem: These minuscule benefits do not come free — quite the contrary. The cost of the UN Paris climate pact is likely to run 1 to 2 trillion dollars every year.’

Lomborg Blasts UN Paris Treaty’s $100 Trillion Price Tag For No Temp Impact: ‘You won’t be able to measure it in 100 years’ – Bjorn Lomborg: The debate about the UN Paris Agreement is “about identity politics. It’s about feeling good… but the climate doesn’t care about how you feel.”
Bjorn Lomborg on UN climate deal: ‘This is likely to be among most expensive treaties in the history of the world’
#
Climate Skeptics set to cheer Clexit from UN Paris Agreement

Life size stand up of Trump taken down — Would UN have objected if life size Obama image were displayed instead?

The “Talking Points Memo,” by Marc Morano of CFACT’s Climate Depot, is a complete skeptics’ guide for elected officials, media and the public on how to discuss global warming backed up by dozens of citations to peer-reviewed research. “Make no mistake, climate campaigners who tout UN agreements and EPA regulations as a way to control Earth’s temperature and storminess are guilty of belief in superstition,” he added.

President Trump ready to put the Paris Climate Accord out of its misery?

By Monica ShowalterExcerpt: The U.S. is bringing down its CO2 emissions very well without a European United Nations agency to police them. The fracking revolution and natural gas production can take a bow for that, not the global bureaucrats. FromInvestor’s Business Daily:

As we noted recently, since the 1997 Kyoto Accord, U.S. output of greenhouse gases has plummeted 7.3%, despite U.S. GDP growing by 52% during that time. Our greenhouse gas footprint is shrinking, not growing.

The real purpose of the accord, of course, is to exert control. Socialism, in fact,, if United Nations officials are to be believed. It’s also about killing American jobs, such as coal mining, which the left doesn’t believe should be permitted to exist, while turning a blind eye to third world countries that are still in their industrial stages of development – and which would like to see the U.S. slow down so they can surpass us. Plus it’s a tax on Americans, for us alone to bear. Stephen Moore writes:

Our Heritage Foundation colleague Nick Loris estimates that, over the next decade, the agreement will cost Americans an extra $30,000 per family of four in higher energy prices) and some 400,000 lost jobs (200,000 in manufacturing alone). He likens the Paris Agreement to a $2.5 trillion global tax on American production. So the costs to America would be anything but “symbolic.”

And it’s a vehicle for corruption as well.

The fact is, greenhouse gases come down naturally when an economy develops and environmental standards are naturally put into place as the public demands. If you have doubts on this, fly a plane over the U.S. border with Mexico at the San Diego-Tijuana point. On one side you will see clean air and green hills. On the other, a lot of cement, barren hills, trash dumps and smog. Hong Kong and Shenzhen present similar pictures.

The U.S. in fact is a world leader at keeping greenhouse gas emissions down, topping its quotas set in the Kyoto Protocol. Europe, by contrast, isn’t so terribly good at it, just as it isn’t good at fulfilling its European Union monetary quotas or its NATO dues quotas. According to the United Nations Framework Convention on Climate Change – the Bonn, Germany-based agency that is out there to monitor the Paris accord, Germany is going to have a bad time fulfiling its voluntary quota of dropping greenhouse gas emissions 40%. The reason isn’t hard to understand, either. In scrapping its clean nuclear energy for ‘green’ reasons, it has since turned to other ‘green’ devices such as electrical cars – which require vast amounts of coal to supply the electricity. Good luck with that strategy on bringing down greenhouse gases. It shows the essential unseriousness about climate change as an environmental issue. Yet Europe still thinks it has a right to regulate us (and that’s who is going to be doing it) through the Paris accord.

Is there any good reason to remain in this fraudy, job-killing, junk science accord? There really isn’t. That’s why President Trump’s decision, if true, is so welcome. He ran on this as a campaign promise and if it’s a promise fulfilled, it’ll be a great thing to see his poll numbers rise as a result.