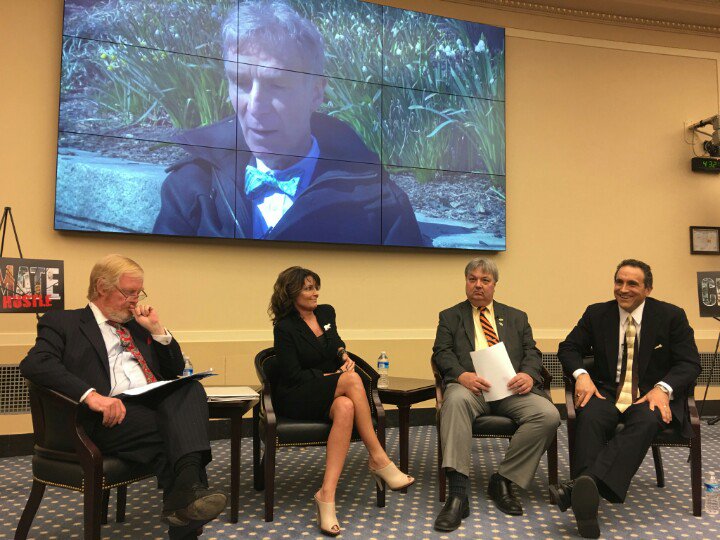 CNN: Palin, who was speaking at the Washington premiere of the anti-climate change film "Climate Hustle," targeted Nye during a rant against the "alarmism" of climate change activists...Palin urged parents to teach their children to "ask those questions and not just believe what Bill Nye the Science Guy is trying to tell them" about climate change. In "Climate Hustle," a clip of an interview with Nye is shown in which he seems to advocate investigating people who are responsible "for the introduction of this extreme doubt...about climate change." "I can see where people are very concerned about this and are pursuing criminal investigations as well as engaging in discussions line this," he says in the clip.

Bill Nye: 'People like Ms. Palin. People like Mr. Morano. They have children. They have grandchildren. So there right now not doing anything about the quality of life of their progeny.'