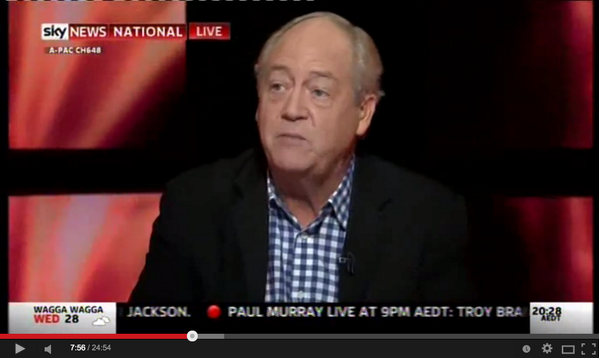 Greenpeace Co-Founder Patrick Moore in rare 30 min. debate: 'Carbon dioxide is actually lower now than it has been through the entire history of modern life.

'We are in a very cold period of the Earth's history. But The big lie -- and the really important fact-- is to call carbon dioxide a pollutant. And to teach our children this is heresy. CO2 is the most important nutrient food for all life on earth. we are carbon based life. Plants would rather have CO2 three to four times higher than it is today.'

Moore excerpts: ‘If you keep giving these scientists millions of dollars a year to tell you that ‘you have a problem, and you need to fix it and please give me more money so I can keep studying this problem’. They will keep telling you it’s a problem. This is a self-perpetuating massive convergence of interests among elites in society including the media, politicians, environmentalists, scientists and business who want to look green and it is killing us because there is nothing wrong with the earth’s climate. What is wrong is the climate of the intellectual climate. It is an intellectual climate problem, not a science climate problem, not an earth climate problem. Carbon dioxide is a food for life on earth and more of it would be good.

Flashback: Greenpeace Co-Founder Tells U.S. Senate: Earth’s Geologic History ‘fundamentally contradicts’ CO2 Climate Fears: ‘We had both higher temps and an ice age at a time when CO2 emissions were 10 times higher than they are today’

Watch Now: Greenpeace co-founder Dr. Patrick Moore on Hannity’s Fox News show: Man-made climate fears are ‘a kind of nasty combination of extreme political ideology and a religious cult all rolled into one’