At 17:05 mark, Gillis says: 'The United States actually never ratified the Kyoto Protocol, which is one reason it didn't work.' 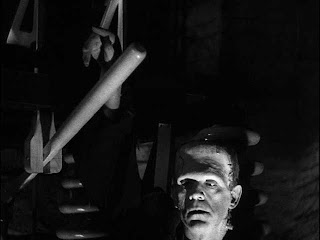 NYT’s Justin Gillis: ‘Every time you flip on a light switch, causing more coal to be burned and CO2 to be released, you are slightly altering the earth’s climate for thousands of years’

NYT Reporter Justin Gillis Does it Again! Author of ‘Worst NYT Story on Climate Ever’ — gets even worse! – ‘Gillis has officially reduced himself to the equivalent of a newsletter writer for climate pressure groups. Just when you thought his reporting cannot get any worse, he surprises us again’

‘Collusion’: Emails expose NYT reporter Justin Gillis ‘as an activist posing as a journalist, sneering at [MIT’s]Lindzen’ – Of another prominent skeptic, Gillis wrote, ‘I sense you’ve got him in a trap here … can’t wait to see it sprung.’ — ‘Texas A&M email production shows the academics actually forwarding their email discussions…To New York Times reporters, for example. They even often copy reporters on the very exchanges they otherwise insist represent an intellectual circle that must remain free from violation by prying, nonacademic eyes. Awkward’

Prof. Pielke Jr. Rips Gillis: ‘The NYT Puts the Hit On…an extended hit piece on Lindzen…Since when is it appropriate for a major newspaper to attack an individual scientist?’ – Pielke Jr.: ‘Where is the news here? Can you give me another example of a major newspaper doing anything similar? This is ‘advocacy journalism’ — it is not reporting, as there is absolutely no news in the piece…is it a good idea for the NY Times to engage in an over-the-top attack Sure, you expect this sort of thing from Climate Progress or Real Climate, but seriously, the NYT?’

For NYT Enviro Reporter Justin Gillis, It’s Always ‘Apocalypse Now’ – New York Times environmental reporter Justin Gillis declared yet another “global warming” emergency in his latest monthly “By Degrees” column, “Scientists Sound Alarm on Climate,” on the front of Tuesday’s Science Times section. The text box read: “A stark new report is intended to awaken the public to the urgency of the threat to the planet.”

Bjorn Lomborg: ‘NY Times Gillis is wrong. Claims sea level rise 3-6ft. UN 2013: 0.95-2.69ft. His ‘lowest’ higher than UN highest’ – Lomborg: Gillis tells us the one end of the spectrum is 3 feet and the highest 6 feet, while the the UN says 1 foot to 2.7 feet. His *lowest* estimate is higher than the *highest* of the UN Climate Panel’s new, higher estimate.  Yet, he justifies his numbers with “experts.” Justin Gillis seems to listen to an extremely skewed set of experts.  In an interview with Columbia Journalism Review, Justin Gillis has clearly indicated that he writes about climate because he wants to push for action:  “the more I learned [about climate], the more I thought to myself, “This is the biggest problem we have—bigger than global poverty. Why am I not working on it?” From there, the question was, how do I get myself into a position to work on the problem?”

Flashbck: Justin Gillis Exposed: More Proof That NY Times Reporters Are Activists in Disguise: ‘It’s also not especially professional to whine about one interview subject to someone on the other side’

Flashback: NYT Reporter Justin Gillis Does it Again! Author of ‘Worst NYT Story on Climate Ever’ — gets even worse! — ‘Gillis has officially reduced himself to the equivalent of a newsletter writer for climate pressure groups. Just when you thought his reporting cannot get any worse, he surprises us again’

How sad that the NYT employs this activist! NYT warmist Justin Gillis on trace amounts of carbon dioxide: ‘This is the biggest problem out there…we are already out of time’ – ‘Gillis left The Post and joined the Times where he felt he could cover the issue the way he thought it needed to be covered. ‘I was frustrated with some of the coverage I would read’ — He laments that the media supports ‘false balance’ and ‘often give equal weight to fringe groups and minority viewpoints…it also lends credence to theories that have been scientifically discredited’

NYT reporter Justin Gillis: ‘Among the many climate skeptics who plaster the Internet with their writings, hardly any have serious credentials in the physics of the atmosphere’

Climate Depot Response: The study of climate involves many scientific disciplines including chemistry; oceanography; geology; astronomy; land use/forestry; biology; glaciology; biogeography; meteorology; mathematics; env. sciences; astrophysics; physics & paleoclimatology. Skeptical scientists have first rate credentials. See: Report of More than 1000 International Scientists Dissent
Maybe NYT’s Gillis should investigate his fellow warmists: Flashback: Warmist William Schlesinger admits that only 20% of UN IPCC scientists deal with climate!Schlesinger: ‘Something on the order of 20% [of UN scientists] have had some dealing with climate.’ By Schlesinger’s own admission, 80% of the UN IPCC membership has no dealing with the climate as part of their academic studies’
NYT’s Justin Gillis Exposed as ‘Apologist’ for Michael Mann: Gillis likes Mann’s new book — Reports ‘demonstrably false’ & ‘flat-out wrong’ claims about Mann – Gillis claim: ‘Through no choice of Dr. Mann’s, the [Hockey Stick] graph became a symbol of modern climate science when it was featured prominently in a 2001 report by a UN panel’ — Reality Check: ‘Mann was in fact actively involved in promoting his own graph to be featured by IPCC in its 2001 report. and that Gillis’ statement is flat out wrong…When the media places scientists up on a pedestal and of untruths, they simply set the stage for a bigger fall’
NYT’s Justin Gillis promotes ‘shakedown science’ — Pay up or face weather disasters! ‘Science has replaced religion as the source of faith in certain circles’
Warmists using low brow mob tactics — Pay up or the weather will get you! ‘A lot of research scientists are standing at the crossroads, holding out paper bags like trick-or-treaters on Halloween night, standing in line for taxpayer largesse to fill ’em up’
Clueless on Climate! NYT’s Justin Gillis’ woeful reporting: ‘His article does not explain that a $50 billion total in losses for 2011 is about exactly same as total in 1980…’‘…after adjusting for inflation — however, as a proportion of overall economy those 1980 losses were 250% larger than those experienced in 2011. You wouldn’t know from reading the NYT article that the most powerful tornadoes – F3, F4 and F5s — have actually decreased over past 50 years (so too has damage). Nor would you know that the NOAA Climate Attribution effort has recently looked at 2011 tornadoes & found no evidence of causality from increasing greenhouse gases’