Climate Depot's Exclusive Round up of Religion climate claims 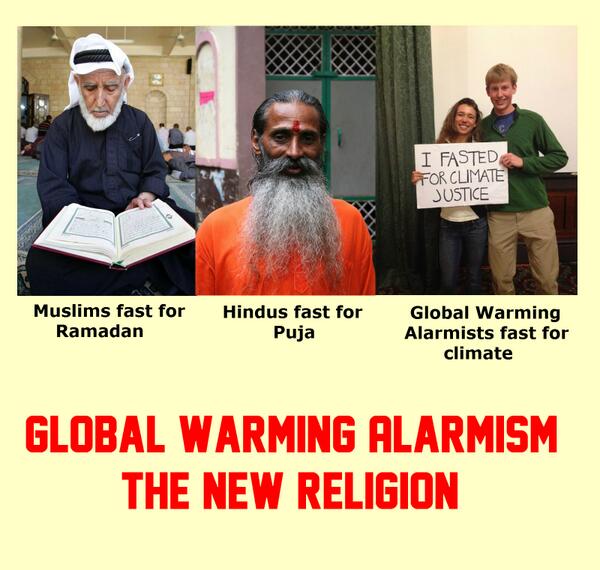 Real Science website: - 'Only the inspired writings of the great prophets Mann and Hansen shall be read, and never by the lay folk'

'The global warming cult wants to criminalize non-belief in their CO2-centric religion. Mankind as center of the universe'

Catholic Cardinal George Pell: ‘In the past, pagans sacrificed animals and even humans in vain attempts to placate capricious and cruel gods. Today they demand a reduction in Co2 emissions’

‘Faith-Based IPCC Turns Science into Sin’ – ‘Climate alarmism is now and has always been a matter of faith, and not science’ — ‘The First Church of Climate Change needs a reformation. According to its leaders, we peasants are no more qualified to understand the subtle nuances of climate science than the serfs of medieval Europe were qualified to understand the mysterious motions of the heavens. And so we are told to put our faith in the modern-day version of the papal astronomer and to never, ever question the word of the educated elite. To do so would be heresy, a sin that has the most heinous of consequences.’

Analysis: ‘Blaming storms on human industry is as backward as blaming them on gays’ – ‘The eco-hysteria of blaming mankind for the floods’

Esquire Mag. joins doomsday cult: ‘How We’re Fked As A Species’ – ‘Centuries from now, when the several remaining humans are huddled around a dwindling fire and pondering how each of them will kill the others and eat their still-warm flesh’

Al Gore on the Weather: ‘Every night on the news now, practically, is like a nature hike through the book of Revelations’

‘Faith-Based Climate Astrology’: ‘Events which used to be called ‘acts of God’ or Mother Nature, are now being blamed on mankind’s emissions of a trace essential gas (CO2) in the atmosphere that we exhale from our mouths’

End Times: Peace Prof. Michael Klare in Salon Mag. ‘If earth continues heating at its exponential rate, our post-apocalyptic fantasies could become everyday realities’ — ‘We envision rising temperatures, prolonged droughts, freakish storms, hellish wildfires, and rising sea levels…food riots, mass starvation, state collapse, mass migrations, and conflicts of every sort, up to and including full-scale war, could prove even more disruptive and deadly…persistent drought and hunger will force millions of people to abandon their traditional lands and flee to the squalor of shantytowns’

Huffington Post: Earthquake/Hurricane Caused By The Wrath Of The CO2 God: ‘God is very disappointed with humanity for leaving the gas on in our home planet. it’s dangerous, wasteful, and wrong’

UK Prof. Philip Stott: ‘From the Babylon of Gilgamesh to the post-Eden of Noah, every age has viewed climate change cataclysmically, as retribution for human greed and sinfulness’

What Climate Scientists Can Learn From The Aztecs: ‘Like the Aztecs, many scientists believe that sacrificial offerings are necessary to stabilize climate’

‘At last, consensus: The Aztecs, the Mayans, and Time Magazine all agree that humans must make sacrifices to avoid droughts’

Does Sacrifice Appease The Sun? ‘This is an age old idea used by Aztecs. It was well known at the time that global warming was ubiquitous and caused by a lack of human blood being spilled’ — Today, ‘politicians now take a more subtle approach to human sacrifice. By raising energy prices, they can freeze people to death silently in their homes, which has the same effect of appeasing the CO2 gods’

Michael Crichton: Environmentalism is a religion: ‘Today, one of the most powerful religions in the Western World is environmentalism. Environmentalism seems to be the religion of choice for urban atheists.’ – ‘There’s an initial Eden, a paradise, a state of grace and unity with nature, there’s a fall from grace into a state of pollution as a result of eating from the tree of knowledge, and as a result of our actions there is a judgment day coming for us all. We are all energy sinners, doomed to die, unless we seek salvation, which is now called sustainability. Sustainability is salvation in the church of the environment. Just as organic food is its communion, that pesticide-free wafer that the right people with the right beliefs, imbibe.’

‘Naked Girls plow parched fields in a bid to embarrass weather gods to bring badly needed monsoon rain’ – ‘Chant ancient hymns after sunset to invoke the gods’ in India – July 24, 2009 [Editor’s Note: The ‘naked’ farm girls attempt to control the climate is as plausible as President Obama’s G8 Pledge to limit the Earth’s Temps. In fact, Climate Depot votes for the “naked farm girls” to have a much better chance of succeeding than Obama and the G8 leaders.]

Kenya’s rainmakers — using trees, pots and herbs — called to combat climate change – – ‘Kenya’s Nganyi rainmakers [have] long vilified as sorcerers…the magic of their art involves the sacrifice of animals and libations in secret forest shrines…” – September 20, 2009 [Editor’s Note: Once again, as plausible as Obama’s G8 temperature pledge. In fact, Climate Depot votes for the ritual animal sacrifices and “libations” of Kenya’s rainmakers to have a much better chance of succeeding than Obama and the Western G8 leaders.]

Settled Science is so settled that if you dare disagree, the cabal will hope there's a special place in hell awaiting your arrival. 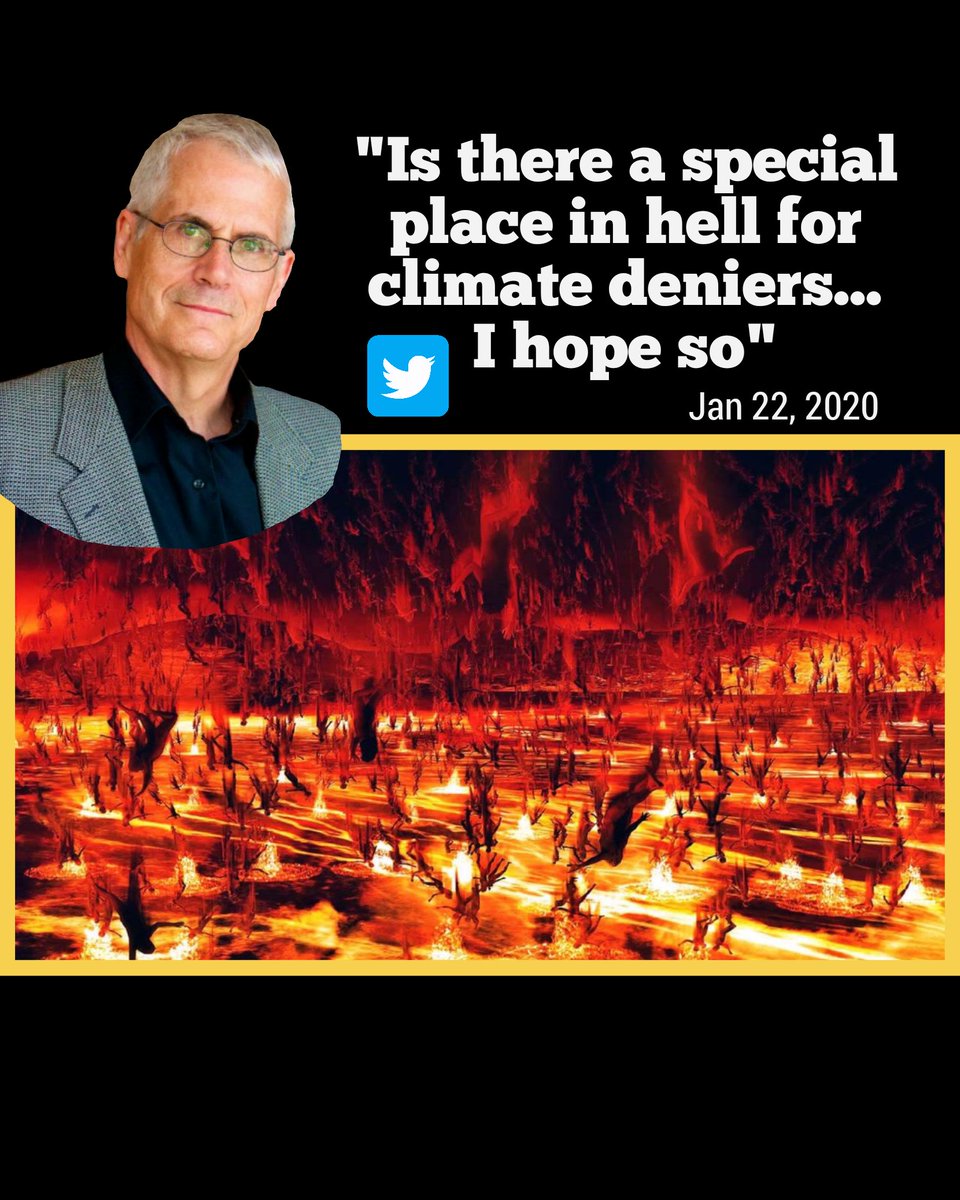