Rodney and Otamatea Times - October 25, 1911: 'Electricity And The Growth of Children': 'At the suggestion of Prof. Svante Arrhenius, an experiment is being tried in Stockholm on fifty school children. The children are divided into two groups identical in point of health, height, weight, etc. and are placed in two class-rooms of the same dimensions, and similarly situated as regards exposure of light. In each class-room, exactly the same teaching is given, but one of the class-rooms is subjected to electricity, while the other is not. As yet, the experiment has not drawn to a close, but it is reported that the 'electrified children' have shown a greater mental and physical development than those in the other classroom.' 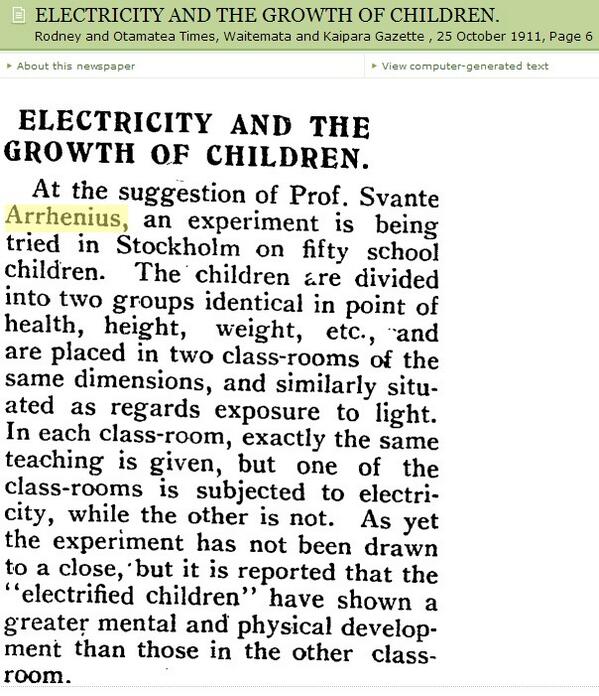