Study 'reconstructs solar geomagnetic activity over the past 167 years and shows a decrease of the interplanetary magnetic field [IMF, an indicator of solar activity] from 1846 to the first part of the 20th century, followed by increase of approximately 50% in the IMF over the twentieth century. The new paper corroborates author M. Lockwood's prior peer-reviewed publications demonstrating that the Sun was particularly active in the latter 20th century.' 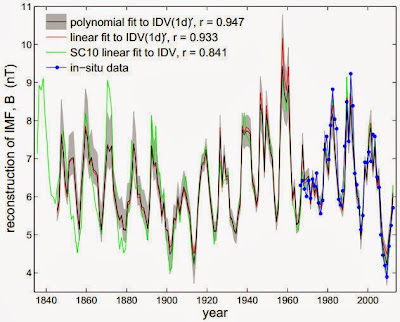