Matt Ridley: ‘Don’t Panic’ — ‘Why climate change is good for the world’ – ‘Warmer temperatures do more good than harm’

'Climate change has done more good than harm so far and is likely to continue doing so for most of this century. This is not some barmy, right-wing fantasy; it is the consensus of expert opinion.' 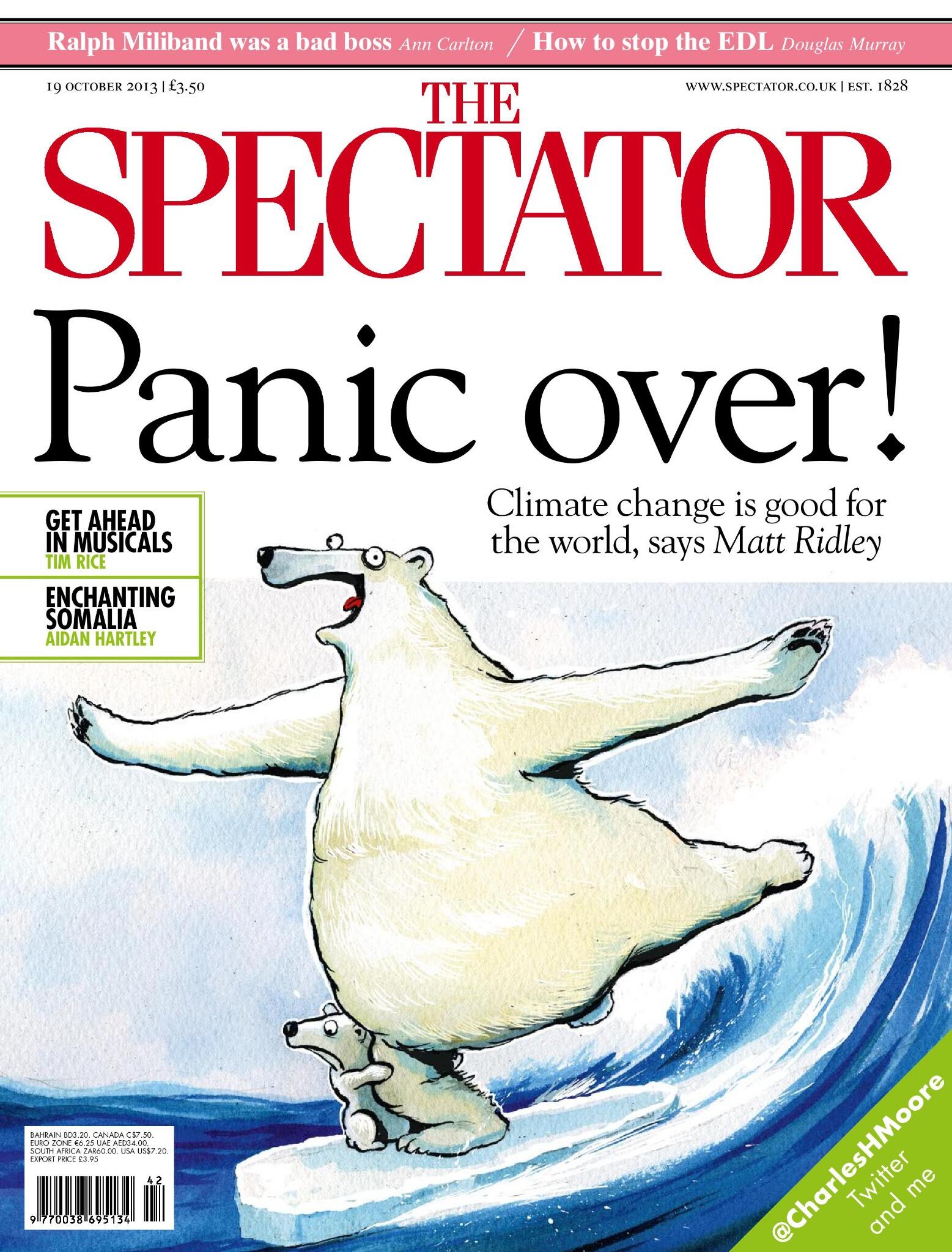 The chief benefits of global warming include: fewer winter deaths; lower energy costs; better agricultural yields; probably fewer droughts; maybe richer biodiversity. It is a little-known fact that winter deaths exceed summer deaths — not just in countries like Britain but also those with very warm summers, including Greece. Both Britain and Greece see mortality rates rise by 18 per cent each winter. Especially cold winters cause a rise in heart failures far greater than the rise in deaths during heatwaves.

Cold, not the heat, is the biggest killer.

In fact, the death rate from droughts, floods and storms has dropped by 98 per cent since the 1920s, according to a careful study by the independent scholar Indur Goklany. Not because weather has become less dangerous but because people have gained better protection as they got richer: witness the remarkable success of cyclone warnings in India last week. That’s the thing about climate change — we will probably pocket the benefits and mitigate at least some of the harm by adapting. For example, experts now agree that malaria will continue its rapid worldwide decline whatever the climate does.

As Bjorn Lomborg has pointed out, the European Union will pay £165 billion for its current climate policies each and every year for the next 87 years. Britain’s climate policies — subsidising windmills, wood-burners, anaerobic digesters, electric vehicles and all the rest — is due to cost us £1.8 trillion over the course of this century. In exchange for that Brobdingnagian sum, we hope to lower the air temperature by about 0.005˚C — which will be undetectable by normal thermometers. The accepted consensus among economists is that every £100 spent fighting climate change brings £3 of benefit.

So we are doing real harm now to impede a change that will produce net benefits for 70 years. That’s like having radiotherapy because you are feeling too well. I just don’t share the certainty of so many in the green establishment that it’s worth it. It may be, but it may not.