A photo of flood markers on a tree in South Australia has sparked a debate on Facebook. The only things we know for sure — floods were worse when CO2 was perfect, and censorship of banal truths is the only way to stop the climate change rort unravelling.

Picture of tree at centre of furious flood debate

A picture of a tree in regional South Australia has sparked a wild climate change debate.As floodwaters from the River Murray crept up the Loxton’s Tree of Knowledge, one local thought it was a good time to take a picture to put things into perspective. 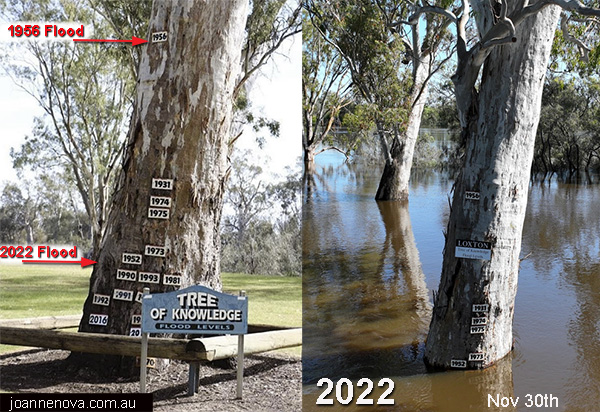 The updated flood markings of The Tree of Knowledge, SA, Nov 30th, 2022. Click to enlarge

The depth of the scientific response:

“Using one tree as evidence to suit your agenda shows what level of intelligence we are dealing with,” one said.

“There are many factors why areas have worse flooding. There is no denying though, with mass land clearing as one factor, flooding will only get worse under extreme climate events such as La Nina,” he continued.

History speaks on the Land of Droughts and Flooding Rains: 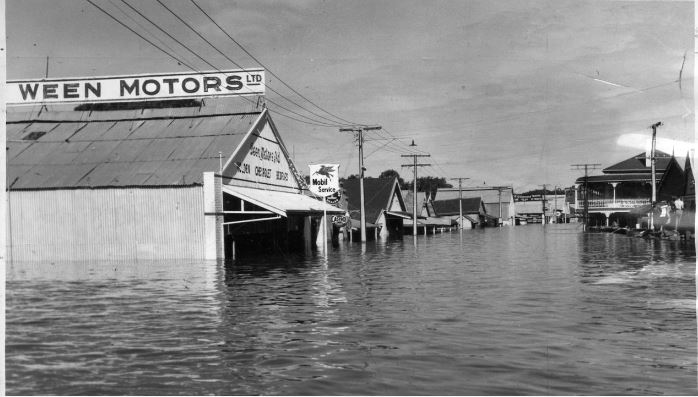 As many as 4,000 homes may be inundated as flood waters rise, and our thoughts are with them.  Because the Murray River drains a basin that covers one million square kilometers, the waters are flowing from up to two thousand kilometers away. The peak may not happen til later near Christmas.

Murray–Darling Basin Authority. Loxton and Mannum are in South Australia | Click to enlarge